The first time I remember seeing Lesli Linka Glatter's name was in a directing credit on "Twin Peaks." She directed four episodes of David Lynch's television masterpiece, 13 installments of "E.R.," eight of "The West Wing," five of "Gilmore Girls" and segments of other series, including "Freaks and Geeks," "House, M.D.," "Law and Order: SVU," "Numb3rs," "Weeds," "The Mentalist," "The Unit" and "True Blood." She's worked a lot. "The Crysanthemum and the Sword" is her sixth episode of "Mad Men" -- and the one that reminded me the most of "Twin Peaks," mostly in little visual touches.

(Although, come to think of it, she also directed the episode with the riding lawnmower accident, which could be seen as a Lynchian in-joke about "The Straight Story"...)

A few images, and then a few thoughts about other possible "Twin Peaks" connections: 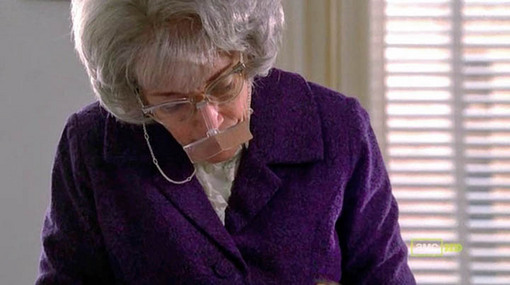 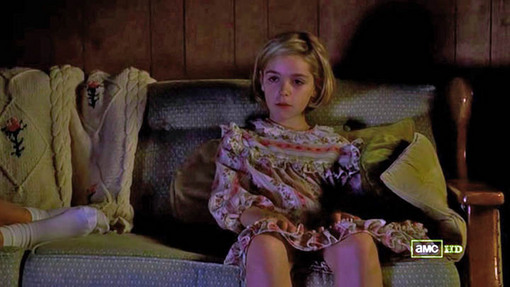 ... Sally Draper discovering strange and wonderful feelings while watching Illya Kuryakin (David McCallum, of course) on "The Man From U.N.C.L.E." (this could be a reworking of the scene with Jeffrey's mom and aunt hypnotized by the gun on TV at the beginning of "Blue Velvet")... 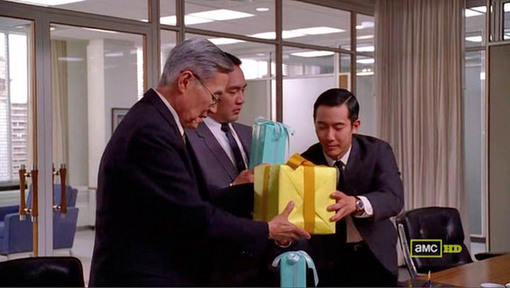 ... the Honda executives receiving guest gifts from Sterling Cooper Draper Price, and the senior exec exchanging his cantaloupe for a bottle of Johnny Walker (the whole culture-gap business thing reminded me very much of Ben Horne and the visiting Norwegians at the Great Northern)... 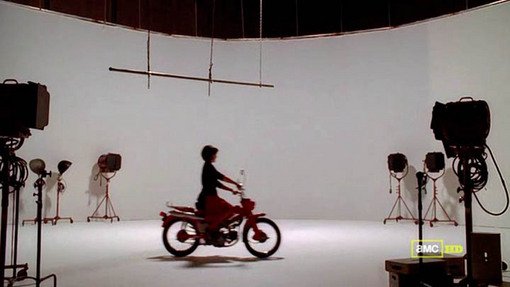 ... Peggy, with her proper posture and cute little skirt, riding a red Honda around and around on an empty white soundstage... 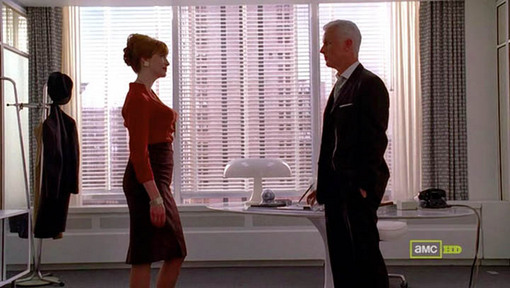 ... And it wouldn't be "Twin Peaks" without the obligatory tight-sweatered visual pun on the title. This is one of the great shots of Joan (Christina Hendricks) -- and not just because they don't make voluptuous female bodies like that anymore. It's another moment of grace (like the glances exchanged through the glass doors by Peggy and Pete in "The Rejected") in which Joan stands on equal footing with Roger, calms him, reassures him, scolds him, and puts him in his place. One of the joys of "Mad Men" (one of Roger Sterling's redeeming attributes) is his affection for Joan, and his well-earned respect and admiration for her judgement. To him, hers is often the only opinion that matters. 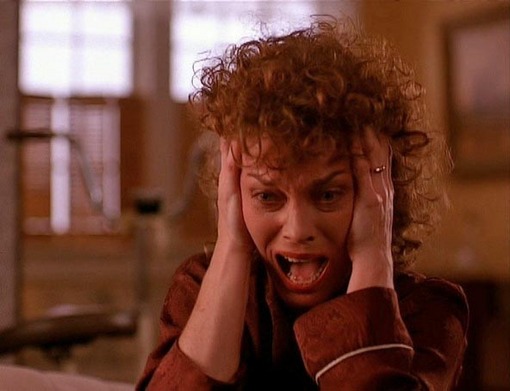 If you recall the unforgettable pilot of "Twin Peaks," you will no doubt remember the symphony of grief that seemed to engulf the whole town upon the discovery of Laura Palmer's body. Most devastated of all, perhaps, was Laura's mother Sarah (the incomparable Grace Zabriskie), whose agony manifested itself as abject hysteria. She was subject to nightmare visions -- including the first glimpse of the figure later to be known as "Killer Bob," crouching in the corner. Later, her husband Leland (the transcendent Ray Wise) snapped out of his own despair and went manic (while his hair turned white overnight).

You should stop here unless you want to read "Twin Peaks," "Dexter" and "Mad Men" spoilers. 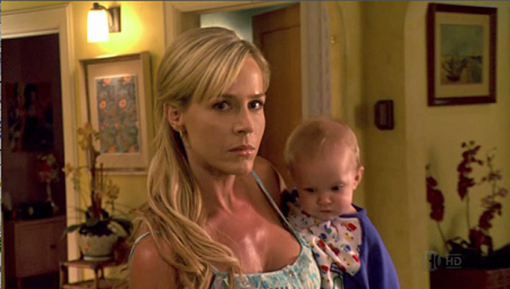 Last year, after the first episode of the fourth season of "Dexter," in which Dexter's world began to disintegrate due to sleep deprivation while Rita accused him of "not being there" for her (hey, he has people to kill -- serially! -- and his moonlighting helps put meat on the family's table!), I made a comparison to the increasingly brittle and crazy Betty Draper. Both of these blonde homemakers were slowly being driven insane because, whether they were consciously aware of it or not, they weren't married to the men they wanted their husbands to be.

The thing is, that's probably one of the things that attracted them to their men to begin with. Women like Rita and Betty love the idea of "taming" their mystery men. They think they can fill their mate's unknowable empty space with... themselves. Until they find out they can't, and it drives them mad.

I'm not saying it's the women's fault, but these couples have what you might call dysfunctionally symbiotic relationships. In the first season, Dexter introduces Rita as his "safe" girlfriend -- so damaged by her broken relationship with her abusive drug addict ex-husband that she's not likely to make intimate demands or require much of his time. She's good for maintaining a "normal" cover. 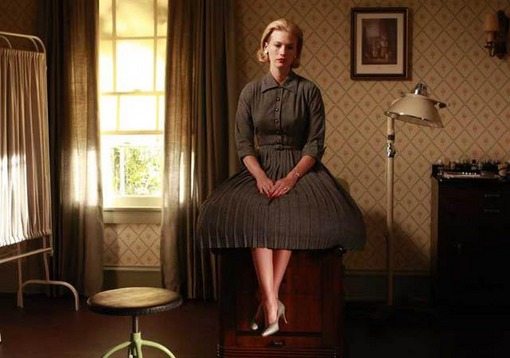 And so was Betty. Don Draper wanted the picture-perfect wife/mother accessory that Dick Whitman couldn't have had, and Betty probably thought she could be that. But neither of them could fulfill the other's dream-image of the ideal spouse -- Don because, well, he's both "Don Draper" and someone else; and Betty because... well, who knows what Betty's deal is? Perhaps we'll find out this season, through Sally's Dr. Edna. (And Betty isn't as mysterious as Peggy, whom I consider to be one of the most fascinatingly enigmatic characters I've ever seen in film or television.) 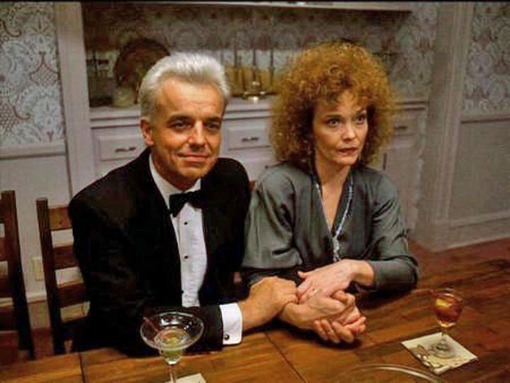 Which brings us back to Sarah Palmer. When the pilot was made, series creators Lynch and Mark Frost say they didn't know who killed Laura Palmer, because it wasn't that important to them. The show was about a world of Mystery, not just a whodunnit. But if you look back, you find that Sarah knew, somewhere below the surface of her psyche, that something was not right in her own house, with her own husband and her own daughter. Little blonde Sally Draper's daddy issues are nothing compared with Laura Palmer's, but perhaps they are sisters under the skin...

Next Article: The parable of the tie, continued... Previous Article: Blood and guts and oil and sweat

The parable of the tie, continued...

Blood and guts and oil and sweat