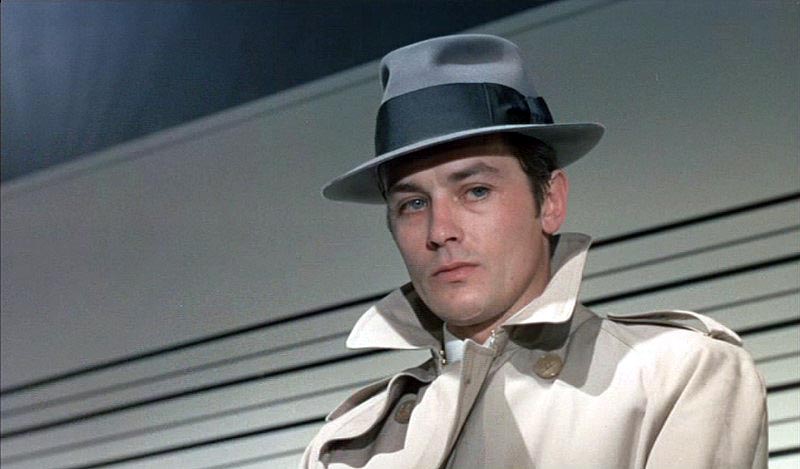 Edward Copeland, mastermind and organizer of the online ""Best" non-English language films poll, reports that Danny Leigh at the film blog at The Guardian (UK) is wondering about our motives ("The view: Is Hollywood America?"):

Naturally it's nice to see this kind of attention lavished on some of history's finest yet lately neglected films; but between Copeland's poll (coming after The Guardian's similar exercise earlier in the year) and the surging popularity of foreign movies in the UK, I can't help wondering how much of the current enthusiasm for what was once known as world cinema is purely that - and how much a rejection of Hollywood at a time when the wider America is so reviled. In other words, is George Bush responsible in some odd tangential way for the rediscovery of Jean Renoir and Fassbinder?

If so, it's clearly a phenomenon with differing degrees of enmity; few US bloggers are likely to share the anti-Americanism of many British audiences. And yet in both cases there may be an underlying notion of Hollywood as a tool of a cultural imperialism that, however murkily, reflects the actual imperialism of US foreign policy. Follow that logic far enough and Hollywood flicks aren't just dopey time-killers - but sermons straight from the bully pulpit.

Advertisement
I see his angle regarding Hollywood hegemony, but to attribute anti-American (or, rather, anti-Bush) motives to this particular project is stretching things quite a bit.

When it comes to Hollywood movies, I thought we had the British (Robin Wood, Raymond Durgnat) and the French (the Cahiers du Cinema crowd) to thank for originally helping us see the artistic worth of American studio pictures once dismissed as "dopey time-killers."

On the other hand, according to the incessant drumbeat of Fox and the rest of the far-right media, "Hollywood" is America's greatest enemy (since Ronald Reagan left town, anyway) -- especially its outspoken movie stars and Jewish singers! Their favorite targets are Sean Penn, Alec Baldwin, George Clooney, Barbara Streisand... So, in this climate, if we really wanted to appear "anti-American" (by their definition) wouldn't we actually align ourselves with "Hollywood"?

But this effort to showcase films that aren't in our native tongue (including non-British films, if you want to put it that way) has nothing to do with contemporary politics. It has to do with looking beyond the English-speaking film-world to... the rest of the world and the diversity of movies beyond the five government-selected nominees for the annual Best Foreign Language Film Oscar, and the like.

I like The Guardian's film coverage, but they do have a peculiarly blindered view of non-English-language cinema. Look at this story/headline: "Ever been duped into seeing a foreign film?"

Foreign films, we're told, are enjoying an unprecedented boom at the British box office. A recent study from the UK Film Council claims that since 2004, 23 subtitled films have taken more than £1m at the box office, while in the 1990s, only nine foreign-language films crossed the £1m mark. While some cinephiles rejoice, however, others know all too well what lies behind this sudden renaissance.

Indeed, very often, the success of a foreign film in Britain lies in a shrewd pre-release campaign whose main aim has precisely been to deprive the film as much as possible of its foreignness. Instead of fighting famous British prejudices against all things foreign, distributors feel they haven't got any other choice but to accept them and play with it.

There are now marketing rules when distributing a foreign-language film in Britain. First, sell it as a genre film, a black comedy for Volver, a thriller for "Tell No One" or "The Lives of Others," a war film for "Apocalypto," a romantic film for "La Vie en Rose" and "A Very Long Engagement," an action movie for "Crouching Tiger, Hidden Dragon," a horror film for "Pan's Labyrinth."

Second, make it look sexy at all costs: promote Penelope Cruz rather than Almodovar, Juliette Binoche rather than Michael Haneke....

Advertisement
And this is different from the marketing campaigns for English-language (even "Hollywood") films... how? Sex, genres and movie stars (not necessarily in that order) have always been the main selling points for movies. Yes, it's long been a joke that English-language distributors make trailers that use a corny narrator and deliberately avoid using footage with foreign dialogue. But are people really "duped" by that approach -- any more than they are by every other trailer that grossly misrepresents some component of the film, whether it's the amount of sex or violence or action or laughs?

"Summer Interlude" (1951) -- retitled "Illicit Interlude" in the US: "The most INTIMATE love story ever told"

"Sawdust and Tinsel" (1953) -- retitled "The Naked Night" in the US: "DESPERATELY they fought the desires, the passions that dragged them down deeper and deeper into... 'The Naked Night'"