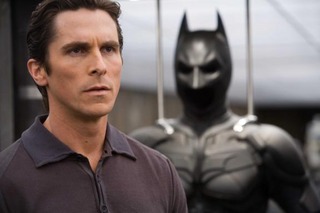 Once again, family-friendly, uplifting and inspiring movies drew far more viewers in 2008 than films with themes of despair, or leftist political agendas. Sex, drugs and antireligious themes were not automatic sellers, either.

According to authors Ted Baehr and Tom Snyder of Movieguide (described as "a ministry dedicated to redeeming the values of the mass media according to biblical principles, by influencing entertainment industry executives and helping families make wise media choices"), 2008's most successful Hollywood movies continued to affirm the values of their organization, such as "coping with Nazi tyranny" ("Valkyrie") and "loyalty, sacrifice and doing the right thing" ("Bolt"). (Films with themes of languishment, or flautist political agendas, are widely considered to have been been less popular at the 2008 box office as well, but they were not tracked as closely in Movieguide's studies.) Baehr and Snyder continue:

Values of importance to all people of faith were not the only ingredients in many of 2008's top movies. As in past years, films with strong pro-capitalist content -- extolling free-market principles or containing positive portrayals of real or fictional businessmen and entrepreneurs -- tended to make the most money. The hero of the biggest success of the year, "The Dark Knight," is a billionaire capitalist who, disguised as Batman, defends Gotham City and its residents from a crazed, anarchistic terrorist criminal. In "Iron Man," the second-most popular movie with American and Canadian moviegoers in 2008, a capitalist playboy and billionaire defense contractor stops working against the interests of America and its citizens and uses his wealth to defend America and its free-market values.

The box-office receipts of pro-capitalist movies, which also included "Australia," "City of Ember" and "Bottle Shock" (which extols the virtues of the California wine industry), averaged $152 million per picture in North American theaters. On the whole, they far outperformed movies with strong anticapitalist content. That group, with films such as "Mad Money," "Chicago 10" and "War, Inc.," averaged only $5.4 million per picture in North American theaters.

Who can argue with those statistics? The heroes of the year's two most popular movies are billionaire capitalists who use their wealth to defend America, or a city within it. And then there are these impressive numbers:

The moneymaking trend was similar for movies with explicit or implicit anticommunist content. That group -- including an "An American Carol," which mocks communism; "Indiana Jones and the Kingdom of the Crystal Skull," where Indy reviles communists and their impoverished ideology is exposed; "City of Ember," where a tyrant steals from the people; and "Fly Me to the Moon," about the space race between the U.S. and the Soviet Union -- averaged $71.8 million at the 2008 box office in America and Canada. By comparison, movies with pro-communist content, such as "Che," "The Children of Huang Shi," "Gonzo," "Trumbo" and "Vicky Cristina Barcelona," averaged a measly $7.9 million in 2008.

Sure enough, according to the examples cited by Baehr and Snyder, the American movie industry has, on average, been remarkably successful at promoting the values Movieguide endorses. This may well be an indication of the group's reputation for sound business advice, or a sign of its strong influence in Hollywood. Let the facts speak for themselves: Domestic grosses reported at Box Office Mojo for the titles they cite in the "anticommunist content group" were:

That's $344.8 million total, divided by four, which comes to an average of $86.2 million -- far greater than three of the four titles alone! As for the "pro-communist" group:

Do the math! That's a total of $26.4 million. Divide by five and you get a sickly average of $5.28 million, a gross only one of the movies managed to surpass!

Surely this is proof positive.

Moviegoers in the U.S. (and most moviegoers overseas) prefer inspiring, heroic stories that extol free-market principles and limited representative government. Although many, if not most, Americans (including self-described "moderates") now support some liberal policies, as shown by the last two national elections, they still don't like to watch movies mocking or demonizing traditional beliefs and mainstream American values, especially movies that take more extreme positions.

Here's to "The Dark Knight," "Iron Man," "Wall-E" and "Slumdog Millionaire" -- movie heroes of 2008 who fought so valiantly for free-market principles and limited representative government. Long may they run.