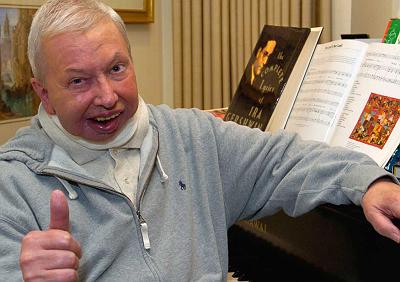 THIS is the Roger Ebert I know and love! Read the full piece on RogerEbert.com:

Message from Roger Ebert on the eve of the 9th Overlooked Film Festival (aka Ebertfest):

My Ninth Annual Film Festival opens Wednesday night at the University of Illinois at Urbana, and Chaz and I will be in attendance. This year I won’t be speaking, however, as I await another surgery.

I have received a lot of advice that I should not attend the Festival. I’m told that paparazzi will take unflattering pictures, people will be unkind, etc. Frankly, my dear, I don’t give a damn. As a journalist I can take it as well as dish it out.

So let’s talk turkey. What will I look like? To paraphrase a line from “Raging Bull,” I ain’t a pretty boy no more. (Not that I ever was. The original appeal of Siskel & Ebert was that we didn’t look like we belonged on TV.)

What happened was, cancer of the salivary gland spread to my right lower jaw. A segment of the mandible was removed. Two operations to replace the missing segment were unsuccessful, both leading to unanticipated bleeding.

A tracheostomy was necessary so, for the time being, I cannot speak. I make do with written notes and a lot of hand waving and eye-rolling. The doctors now plan an approach that does not involve the risk of unplanned bleeding. If all goes well, my speech will be restored.

So when I turn up in Urbana, I will be wearing a gauze bandage around my neck, and my mouth will be seen to droop. So it goes.

I was told photos of me in this condition would attract the gossip papers. So what? I have been very sick, am getting better and this is how it looks. I still have my brain and my typing fingers....