Griffin Mill and 'The Return of the Player' 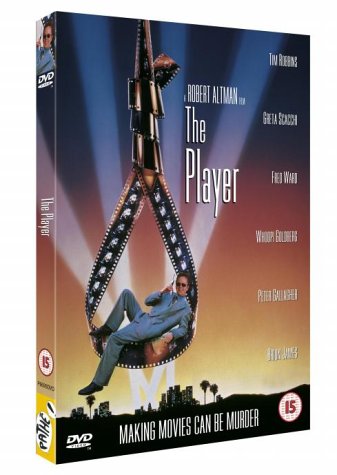 Michael Tolkin, who wrote the novel and screenplay on which Robert Altman's "The Player" was based, has published a sequel in which studio executive Griffin Mill, now 52, is trying to get out of Hollywood. Tolkin has this to say about the state of movies, in a New York Times interview:

“The movies haven’t been very good the last three or four years, they really haven't," he said. “Everybody knows that. At least that, maybe more. And what they were will never return."

The source of all this creative- industrial- complex angst is the death of what he both eulogizes and parodies: the classic journey-of-the-hero story structure, analyzed by Joseph Campbell in the 1940’s, popularized a generation ago by George Lucas through “Star Wars," spouted and shorthanded by studio executives ever since, and all but trampled to death, Mr. Tolkin said, by nearly every subsequent action movie and thriller that Hollywood has turned out.

What he's talking about, of course, is the ubiquity of screenwriting guru Robert McKee's story structure techniques, satirized in "Adaptation." with Brian Cox playing McKee.

Tolkin (not Tolkien) says he got the idea for Griffin Mill from watching Elliott Abrams at the Iran-Contra hearings. Abrams was indicted, pled guilty to withholding information from Congress, and was later pardoned by George H.W. Bush, only to serve in W's National Security Council. Tolkin says:

“I was obsessed with the question of how could he sleep at night, because it was obvious that he was lying. I guess I was interested in the modern sociopath: the political sociopath, the bureaucratic sociopath."

The way Tolkin sees it, America's "national myth" is formed and expressed by its movies, and that's why both are ailing:

That heroic story structure also happened, as Mr. Tolkin points out ominously, to suffice for an American national myth — witness Horatio Alger, James Stewart or “just the myth of the American little guy" — the myth of a hero with a sense of duty, honor, courage, righteousness and justice. But that too, he fears, is dead, and he pinpoints its demise on a spring day in 2004 when pictures of United States soldiers humiliating Iraqi prisoners circulated the globe.

“I don’t think America’s had a good movie made since Abu Ghraib," Mr. Tolkin said, before clarifying that he’s talking about big movies, not the minuscule ones that have met the industry’s quotas for unembarrassing award nominees. “I think it showed that a generation that had been raised on those heroic movies was torturing. National myths die, I don’t think they return. And our national myth is finished, except in a kind of belligerent way."

How depressing. But then, Tolkin ("The Rapture," "The New Age") has never been an uplifting guy. I'm still traumatized by his 1993 airliner-crash novel, "Among the Dead."