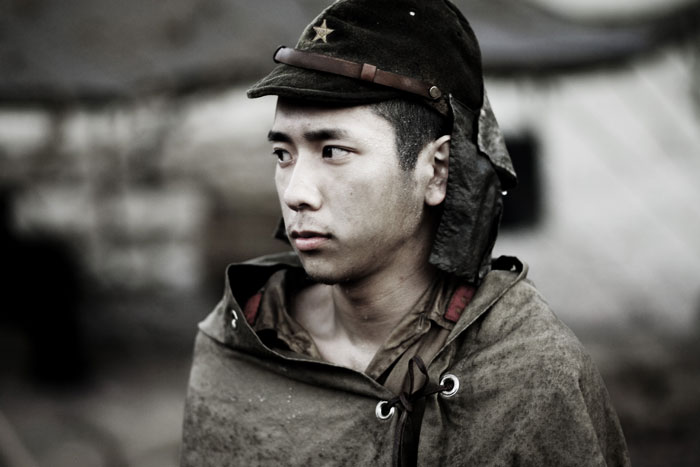 Clint Eastwood, a Caucasian American, made a movie about Japanese soldiers on Iwo Jima in WW II. How "liberal" of him!

2006 was a big year for stories about the "death of movie criticism" -- which were really just bandwagon-jumping trend pieces about the increasing numbers of studio products that the studios themselves don't deem worthy of the expense of advance critics' screenings. How can this be tied to some mythical decline in the influence of film critics? Have critics ever had the power to sell a stinker to the public? Or to warn a substantial portion of moviegoers away from a bad movie with a monster ad budget, marquee names and/or genre appeal (horror, comedy, action)? Would "You, Me and Dupree" (which was pre-screened for critics) have done substantially better at the box office if it had gotten good reviews? Of course not. Word-of-mouth travels fast.

So, if American film criticism is wounded or dying, it's not because of any publicity department's policies. It's because of the crap some of the critics -- even some of the most reputable -- are writing.

If you want to watch film criticism writhe in agony from a mortal wound, if you want to see critical standards expire pitilessly before your very eyes, you need only read Jonathan Rosenbaum's four-star ("Masterpiece") review of Clint Eastwood's "Letters from Iwo Jima" last week:

One reason I wasn't sure what to think of "Letters" the first time I saw it was that I didn't know how it would be received in Japan. I wondered if it would seem accurate to most viewers there. I've since learned that the response has been very favorable and that it's been near the top of the box-office charts since it opened.

A Japanese film critic and friend, Shigehiko Hasumi, who was around eight years old when the Americans landed on Iwo Jima, admitted to me that even though he likes "Letters from Iwo Jima," he prefers "Flags of Our Fathers." I suspect he prefers it for the same reason I prefer "Letters from Iwo Jima" -- because it tells a less familiar story. (I'll concede that "Flags of Our Fathers" is stylistically more ambitious -- in its exploration of how images are made and turned into emblems -- but that doesn't necessarily make it more successful.) I told Hasumi I worried that "Letters from Iwo Jima" might define the humanity of the Japanese characters only in terms of American traits (a bias I see in spades in "Lost in Translation"), but he assured me the film is true to a "certain Japanese reality." He added that he found the portraits of the pro-American Japanese officers in the film a bit "romantic," comparing them to John Ford's depictions of Confederate officers in such films as "The Horse Soldiers."

Critics be warned: Don't form your opinions about a movie until you've checked the box-office charts and the critical and popular reaction from the region in which it is made or set! (I did a Google search for 腐ったトマト, but I couldn't find a Japanese rottentomatoes.com -- what am I to do?)

If Rosenbaum wanted to include the critical opinions of this "close friend" Shigehiko Hasumi, why didn't he ask him what those opinions were? We learn that Hasumi preferred "Flags of Our Fathers," but Rosenbaum can only "suspect" why. He says Hasumi "assured me that the film is true to a 'certain Japanese reality'" -- but what "certain Japanese reality" might that be? And is there only one?

I share Rosenbaum's concern about films that "might define the humanity of the Japanese characters only in terms of American traits" (but I don't see how it applies to the deliberately jet-lagged, discombobulated, "stranger in a strange land" sensibility of "Lost in Translation" -- which, heaven forbid, was not popular in Japan!) But I don't read Jonathan Rosenbaum to find out how a picture is being received in Japan, or anywhere else. I'd like to know how he sees the movie.

Rosenbaum does allow himself a few opinions of his own:

In essence, Eastwood is saying that the similarities between American and Japanese soldiers in 1944 are more important than the differences. This is a surprisingly liberal position for him to take, and in "Letters" it has the effect of turning the mainly unseen Americans into villains.

Does Rosenbaum not get the difference between "villains" and "extras"? This patronizing sentiment (mighty white of ol' Clint to make a movie about the Japs, huh?) reminds me of Sting's sanctimonious "Let's hope the Russians love their children, too." Yeah. Isn't it ironic?

And look at those two sentences again. Is Rosenbaum seriously suggesting that an attempt to show similarities between American and Japanese soldiers is tantamount to painting Americans as "villains" -- which is a "surprisingly liberal" position to take (even though that's transparently Rosenbaum's position/assumption, not Eastwood's)? I've long admired Rosenbaum's writing, but this characterization of "liberalism" sounds more like something Sean Hannity would say.

If the central achievement of "Flags of Our Fathers" and its companion film, "Letters from Iwo Jima," was simply that both movies "humanized" their main characters -- more so than the ones who barely appear onscreen -- that would be a pretty puny accomplishment, don't you think? Hardly worth two whole movies. Wow, how impressive: We learned from "Flags of Our Fathers" that the American soldiers had feelings -- and families! -- and now, turns out, so did some of the Japanese ones, too!

Although some in Japan reportedly still feel it was "daring" to "show the humanity on the Japanese side" (see LA Times story below), that doesn't even begin to scratch the surface of what the movie is doing. (And I don't pretend to have gotten much deeper in my four-star review of "Letters" for the Chicago Sun-Times and RogerEbert.com last week, either. But I did make an effort.)

But is Eastwood saying the similarities between the Americans and Japanese are "more important than the differences"? I think not. It's not so important in combat that the enemy be viewed as "the villain," just that he be viewed as "The Other." It's already obvious they're the opposition. How do you get soldiers of any nationality to kill other people they don't even know? By objectifying and dehumanizing the "faceless" enemy; by treating The Other as a horde rather than as a group of individuals; by training soldiers to believe they are fighting for a higher cause: Country, God, the Emperor (or, in the case of the Japanese in WW II, all three combined into one). As "Flags of Our Fathers" emphasized, soldiers mainly fight -- moment by moment -- to protect themselves and their comrades, not for abstract ideals. (That feeling of comraderie is not so strongly expressed in "Letters from Iwo Jima." The military and nationalistic culture is fundamentally different that America's. Is that part of the "certain Japanese reality" of which Hasumi assures Rosenbaum? If so, why not elaborate?)

If you want some background on the Japanese reaction to "Letters from Iwo Jima," I recommend this LA Times story by Bruce Wallace:

"The Japanese are aware of their history as invaders but, in general, are not able to look and face that reality," [producer Chihiro Kameyama] said. "The limit in Japanese war films is to portray a fight to protect loved ones. It's not a matter of who fought who. It's what they learn from the experience."

Yet many here wonder why a subject with the moral thunder of Iwo Jima has never been the subject of a great Japanese movie. Furthermore, Eastwood built "Letters" around the thoughts and actions of Gen. Tadamichi Kuribayashi, an extraordinary figure little known in Japan. Educated at Harvard and well aware of America's economic and technological superiority, Kuribayashi still devised a brilliant defense of tunnels and traps that turned Iwo Jima into a charnel.

"It's a Japanese trait to not create heroes," said Kiyoshi Endoh, head of the Japanese Iwo Jima Veterans Assn., who advised Eastwood on Japanese perspectives of the battle. "Japan was in total devastation after the war, so in understanding for the feelings of those families who lost members, we couldn't make any movies about heroes."

It may have taken an American director to lift that taboo. Until now, foreigners have criticized Japan for ignoring the war, while simultaneously criticizing it whenever a movie veered from the agreed narrative that requires every Japanese soldier to be portrayed as the brainwashed bayonet of an evil regime.

Even Eastwood's movie, were it not made by an American, would likely have been attacked for daring to show the humanity on the Japanese side.