Ebert has another surgery 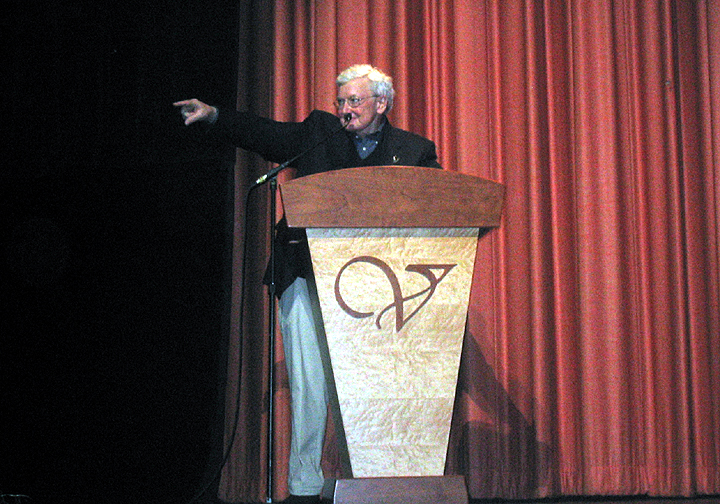 Ebert takes the stage at the Overlooked Film Festival.

Roger Ebert, who has been under treatment for slow-growing, non-life-threatening tumors on his thyroid and salivary glands for some years, will be having another surgery in June. Roger's energy level has certainly not flagged in recent months (he just got back from covering the Cannes Film Festival -- and was out late at the Steak & Shake after the movies at his Overlooked Film Festival in April).

More details from a report in the Chicago Sun-Times by Robert Feder:

"It is not life threatening, and I expect to make a full recovery," [Ebert] said. "I'll continue to function as a film critic during this time."

Ebert had surgery to remove a malignant tumor on his thyroid gland in 2002 and two surgeries on his salivary gland in 2003.

Unlike those earlier procedures, Ebert is not expected to require radiation therapy this time.

"This is known as a slow growing and persistent cancer," he said. "You live with it."