Don't forget it, Jake: It's Chinatown in Boulder! 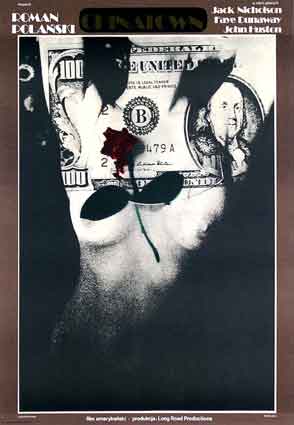 For more than 30 years, Roger Ebert has led a theater full of people in a group analysis of movies at the Conference on World Affairs at the University of Colorado in (the People's Republic of) Boulder. The film is shown in its entirety on Monday, the first day of the Conference (this is called the Uninterruptus), and then Roger goes over it with the audience -- shot by shot, as it were -- for two hours a day, Tuesday through Friday. This is called the Cinema Interruptus. Anyone can shout out "Stop!" to make an observation or ask a question or back up (slightly) at any time, and it's amazing what people come up with. As Roger always says: "Someone in this room has the answer to any question you can come up with." Or, if they don't, they will have it the next day.

Over the last few years -- at the CWA and on the Floating Film Festival -- I've seen Roger go through "Citizen Kane," "The Third Man," "La Dolce Vita," "The Long Goodbye," "Adaptation." (there's a period in the title) and others. Other films he's presented and analyzed with the audience in Boulder include "Amarcord," "Taxi Driver," "Casablanca," "Raging Bull," "3 Women," "Out of the Past," "The Silence of the Lambs," "The Treasure of the Sierra Madre," "JFK," "Pulp Fiction," "Fargo," "Fight Club," "Vertigo," "Mulholland Drive," "Floating Weeds," "Dark City" and "The Rules of the Game."

It's a priceless experience to really watch a movie this way -- and it increases (sometimes exponentially) your appreciation of the film, because even if you've seen the movie before, there's always something you've never noticed, or some dots you hadn't previously connected.

Although it's hard for me to imagine the CWA without Roger, he won't be able to attend this year. So, I'm filling in, and will be guiding the Interruptus through one of my favorite films, Roman Polanski's "Chinatown", -- among the all-time great movie masterpieces and the ultimate Los Angeles film noir, in sun-baked Panavision color (and no less sinister for it). So, if you happen to be near Boulder, Colorado in a few weeks (April 9 - 13, 2007), come by Macky Auditorium on campus at 4 p.m. and join us to sit in the dark and talk about detective movies, noir, the history of LA, the Department of Water and Power, William Mulholland and the St. Frances Dam catastrophe, Johnny LaRue, eyes, doors and windows, venetian blinds, orange groves, fish, monstrous evil, kitty-cats, and the nose on your face. (And that's just for starters.) It's free, and, as they say, so much fun it's a wonder it's still legal.