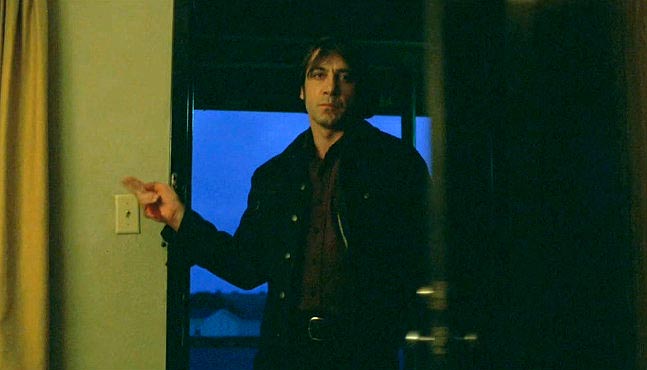 Critical approbation can open some doors, but that's about it.

In the past five days, five groups — the National Board of Review, the Boston Society of Film Critics, the Los Angeles Film Critics Association, the Washington. D.C. Film Critics Association and my crowd, the New Yorkers — have convened to choose the most notable movies and moviemakers. "No Country For Old Men" was named best picture in four of the groups, "There Will Be Blood" in L.A. George Clooney won two best actors awards, playing a lawyer at crisis point in "Michael Clayton," Daniel Day-Lewis a pair for his oil mogul in "There Will Be Blood" and, in Boston, Frank Langella won the prize for playing an aged novelist in "Starting Out in the Evening." Three groups selected Julie Christie as best actress — she's an Alzheimer's patient in the Canadian film "Away from Her" — and two liked Marion Cotillard as Edith Piaf in "La Vie en Rose." [...]

That's the deal with critics' awards. They give prizes to whom they damn well please. No problem with that; it's their gig, and obviously they should pick their favorites. (The choices are fine with me: "No Country," "Persepolis" and "No End in Sight" are all on my 10 best.) But these laurels factor into publicity campaigns for the Oscars and Golden Globes; often they are the campaigns. It's the way we critics contribute to the art-industrial complex. Our prizes certainly help determine which films get nominated, setting in motion the next round of ballyhoo before the final prizes are handed out. So almost all the nominees will be from worthy obscurities that can't draw much of an audience in the theater or, when the awards shows are aired, on TV. [...]

Actually, it's hard to tell which if any of the critical faves will be popular, because most of the big winners ("Diving Bell," "No Country," "Persepolis," "Starting Out in the Evening," "Sweeney Todd," "There Will Be Blood") are November or December releases. Half of them haven't hit the commercial theaters yet. Maybe the critical establishment has A.D.D.

Advertisement
More likely it's a combination of the novelty of the new and the deliberate timing of "serious" movies for what has become known as "awards season."

But I think the key phrase above (and one RC has appositely chosen) concerns how critics' awards "factor into publicity campaigns." I doubt that critics, even bevies of critics, have much direct influence on the actual Oscar balloting -- or on ticket sales, either, for that matter. But I know for a fact that filmmakers can use the leverage of critical awards in order to pry publicity dollars out of a studio or distributor. Some may even have it written into their contracts.

But movies are personal matters. I don't put much stock in committee decisions about the "best" or the "worst" -- particularly within an arbitrary unit of measurement like a "year." (That won't stop me from participating in critics polls, though!) What interests me are the critics' personal selections, and their reasons for selecting them. A list... well, it's just a list.