Can one bad shot ruin an entire movie? 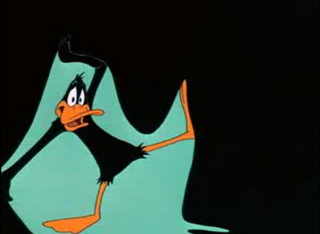 UPDATED with more examples -- and questions -- after the jump.

Can one bad shot ruin a movie? I can't think of any examples off the top of my head -- I don't think it happens very often -- but I do believe it's possible. I'm not among those who think the final shot of Hal Ashby's "Being There" takes a marvelously sustained balancing act and kicks it to the ground. But I can understand how somebody might feel that way.

But how can just one bad decision -- maybe on screen for just a second or two -- deflate a full-length motion picture? Well, roughly the same way a pinprick in a balloon can, I guess. It can puncture the thin membrane that's sustaining the thing. Without shape and purpose, there's nothing to keep it aloft any longer.

Try thinking of a movie like a pop song. One misplaced note in the melody, one cheesy chord, one tacky lyric, one mispronounced word ("Yes, I hate the way he says 'don't diszgard me' too," Robert Christgau wrote of Elton John's "Don't Let the Sun Go Down on Me" in 1974, and I still remember him mentioning it 35 years later) can render the whole record unlistenable, depending on how sensitive you are to the particular offense.

Or think of a movie as a piece of architecture. A misplaced brick of the wrong color or texture, a sloppy corner, a window stuck in the wrong wall -- could conceivably demolish the overall effect of an otherwise well-designed building. Leave out a stone, or put in one of the wrong size or shape or strength, and all or part of the structure could come crashing down.

Or think of a movie as your face. With one festering pimple right there. And it's permanent. It doesn't take up a lot of facial real estate, but it mars the visage so that it's all anybody notices. 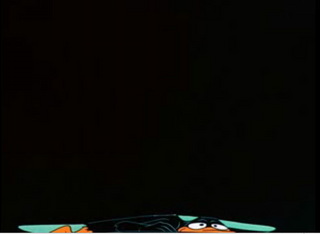 The first time I met Ramin Bahrani (director of "Man Push Cart," "Chop Shop," "Goodbye Solo") at Ebertfest in 2006, he said something on stage about why "Mystic River" was a badly made movie. An involuntary cheer arose from my throat, because that movie had been favorably reviewed and I see it as a godawful mess. Slick as hell, but a factory-crafted product directed on auto-pilot. (Give just about anybody a crew of seasoned pros -- the best cinematographer, the best production designer, the best editors -- and shoot it in classical Hollywood style (master shots, two shots, over-the-shoulders, close-ups) and you'll get some kind of movie. Heck, that's one reason the factory style was invented -- so producers and studio moguls would have plenty of options when they assembled the pictures. Think of it this way and you'll understand how directors like Ron Howard can win Academy Awards.)

Ramin cited a scene in "Mystic River" in which a gun goes off in somebody's kitchen. There's a cutaway to a hole in the ceiling. He cited that as an example of what's wrong with the movie. You know the gun went off. Why do you need an insert shot of the hole? Was there somebody upstairs who got hit? It's not a big deal, it's just a cliché, a lazy choice, a momentary distraction that inadvertently raises questions the movie has no intention of dealing with. That particular shot doesn't "ruin the movie," but it's indicative of the kind of over-baked decisions throughout the film that make it a less-than-inspired achievement.

Last month at the Conference on World Affairs, Bahrani talked about a number of tough decisions he made in "Chop Shop." One of them involves a shot of a discarded flip flop, floating in some run-off water during a sudden rainstorm. He said they just grabbed the shot during the unexpected storm, but that he and his DP Michael Simmonds violently disagreed about it. (This is why they make such a good team -- they both feel passionately about the importance of a single image in a movie made up of thousands.) Simmonds said the camera should never cut away from the characters to follow an inanimate object just because it was supposed to "symbolize" something. It was too heavy-handed. Bahrani appreciated that argument, but saw the image more poetically, and felt it served to mark a turning point in the picture, the end of a phase in the main character's childhood.

These are the kinds of decisions that go to the heart of filmmaking, and it doesn't make any difference if it's an "art film" or a "popcorn movie." Thousands upon thousands of choices still have to be made, and you see the results before you on the screen -- words in a novel, brushstrokes in a painting, notes in a musical composition, lines in an architectural drawing...

I can't think of a concept that's more important to get across to audiences, who still behave (at least unconsciously) as if they believed what Joe Gillis said about them in "Sunset Boulevard," that they "think the actors make it up as they go along." Sure, they understand that motion pictures are scripted, and that they're photographed with cameras. But so much of what we see in movies can go right by us if we're not paying attention. The sounds and images have subliminal effects whether we realize it or not; but we aren't necessarily aware of how or why they have been orchestrated.

As I said in a recent comment, even "roller coaster movies" are planned, designed, built piece by piece, just like any other movie. Some are constructed better than others -- and those are the ones that are most exciting to ride, and re-ride. If you're going to get the most out of the experience, you have to open yourself up to it -- notice the vibrations of the track, the color of the sky, the sound at the top of the first lift hill, the way the air feels on your skin as you go into a turn... That's not over-analysis, it's allowing yourself to be fully alive to the sensations you're being offered.

Movies are like this. Choosing not to pay heed what they're doing, moment by moment, is to shut yourself off from them, to dull your own senses. To me, that would be like not being aware of Paul McCartney's bass lines on a Beatles record; or not noticing the differences between the textures of, say, Van Gogh's brush strokes and Cezanne's; or ignoring the language in a novel -- the sound and flow of the words, the imagery, the poetry. Would the first line of "Moby Dick" have the same resonance if it were "My name is Ishmael" instead of "Call me Ishmael"? What if there was an exclamation point in the final paragraph of "The Great Gatsby"? Or if T.S. Eliot had written: "April is the nastiest month"?

If you asked me, I could write a book about "Mrs. Dalloway said she would buy the flowers herself," or, "On their backs were vermiculate patters that were maps of the world in its becoming," or, "I get the willies when I see closed doors" -- or, "Flying too high with some guy in the sky/Is my idea of nothing to do." (People have written books about these things, and for good reason.)

So, if you're receptive, you're going to feel more fully what works... and what doesn't. A critic's function is, of course, first to be open to an experience and then to articulate a personal response, perspective, interpretation, assessment. Nobody can tell you how to feel, and you can't expect anyone else to process the experience quite the same as you. Different things are more or less important to different people. Being able to communicate those differences is what matters.

I can go on and on (and have) about precisely why the opening shots of various movies are so exquisite, why they move or excite me. I can go into raptures describing the chilling final images of David Cronenberg's "The Brood." If movies matter at all to you, you must also be sensitive to negative examples, where effects are misjudged, the best-laid plans sabotaged by flawed choices. Sure, maybe the filmmakers didn't get the footage they needed or wanted that particular day. Maybe they were working under a tight deadline and the picture was about to lock. Maybe they didn't see what was right there in front of their faces, or maybe they did and hoped you wouldn't notice. Maybe they were trying for something they didn't achieve, or that had "unintended consequences." Maybe their intentions were misguided... But excuses aren't the point. What's on the screen is. 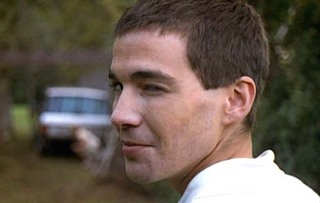 Q: So, can you think of a single moment that has ruined -- or nearly ruined -- a movie for you? A single shot, or sound, or line, or expression that just throws the picture off for you every time? (Or to which you've had to forcibly desensitize yourself in order to appreciate the rest of the picture?)

UPDATE: I just thought of one. I have plenty of problems with both (nearly identical) versions of Michael Haneke's "Funny Games" (see The Funny Games Experiment) -- but I distinctly remember a moment that tipped the movie's hand so blatantly and insultingly that I wanted to boo, hiss, throw things at the screen and walk out. That's when the main perpetrator turns to the camera, smiles, and winks (conspiratorially) at the audience. This moment is so phony, so presumptuous, that it invalidates everything Haneke says he's trying to achieve with the movie.

Here's another one from "Mystic River": The last 15 minutes are such an awkward mess (the badly timed and cutely photographed final phone call from Kevin Bacon's ex that Alex Murillo mentions in comments below; Laura Linney's out-of-nowhere Lady Macbeth scene), but the capper is the gunshot gesture Bacon makes to Sean Penn from across the street during the parade. No way in hell would this cop ever do something as cavalier as that in reference to guns and the murder of Penn's daughter and a mutual childhood friend. The moment is overplayed so broadly (not necessarily by the actors, but by the director) that it turns these murders into a glib joke.

Oh, and how about the black-and-white shots of leaves at the end of "American Beauty" (another movie I disliked all the way through, but this was the icing on the store-bought cake)... while Kevin Spacey's voiceover is describing his precious memories of their bright yellowness?

Oh, oh: And what about when it turns out that "Million Dollar Baby" is actually a letter being written by Morgan Freeman to the estranged daughter of the Clint Eastwood character? Logistics and narrative voice aside, it makes no sense in terms of story or character that he would tell her such a story about her father's surrogate daughter.

On the other hand: Does the super-corny upbeat reunion ending of Spielberg's "War of the Worlds" ruin everything that movie has put you through in the previous two hours? Not for me. Yes, it's as phony and disingenuous as can be, but it's tacked on so half-heartedly I took it as an old-fashioned studio-mandated "happy ending" -- something we weren't supposed to believe -- like the famous, directorially undercut ending of Nicholas Ray's 1956 "Bigger Than Life."