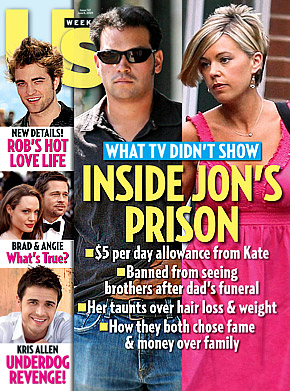 "What 'American Pie' betrays is not good taste but any notion that privacy could matter to these kids or to us. Everything in this picture is out front: whatever humiliates the characters most is precisely what everyone in the school learns about them, and the movie views this as proper and humane. For we are all swimming in the same soup of confusion and embarrassment, voyeurism and malice. But without some feeling for privacy as a value, a movie about teen sex and romance can't be made with any grace or style. The idea that everyone should know everything, however productive of comedy, links the movie to the kind of daytime talk show in which neighborhood friends betray one another's secrets and the audience howls at them in mock disapproval and open pleasure. The new hit comedies make us join that audience, whether we want to or not." -- David Denby, The New Yorker (July 12, 1999)

Andy Warhol got it almost right. Everybody is a 'superstar' (in the Warholian sense) already, or at least everybody behaves like one. And in the future -- that is, 10 years after "American Pie" and 22 years after Andy's death -- everybody's also a self-publicist, using sophisticated technology to manage a public image that masquerades as a mutant form of privacy. Blogs, Flickr, YouTube, MySpace, Facebook, Twitter -- these and so many other powerful promotional tools can be used by anyone, kids or mega-corporations, to create an illusion of intimacy with (in Facebookspeak) "friends" and "fans."

So, on the one hand you have people pushing pieces of their privacy online as if they were celebrities, and then you have celebrities who keep trying to re-draw the lines between their public and private selves at their convenience. In an essay under the headline "The fame paradox: Pay attention to me, on my terms," AP culture writer Ted Anthony described a syndrome familiar not only to movie stars and reality TV stars, but now to anybody with a web page (which is to say just about everybody):

Look at me. Look at my life, my body, my antics, my kids, my home. It's OK -- come on in. It's a fair deal: I'm getting famous, you're getting entertained. Everybody's happy. What's the problem?

But ... whoa. Wait. Stop. I didn't sign on for THIS. Why are you looking at me? How dare you look at me! Go away! Can't you leave me and my family in peace? At least until next season?

A monthlong eruption of celebrity anger over unwanted attention -- everyone from Miss California USA Carrie Prejean to Brooke Shields to the stars of the reality show "Jon & Kate Plus 8" -- suggests a new, oddly paradoxical dimension to the way we look at famous people.

In short, Americans who traffic in the commodity that is their lives -- Hollywood actors and reality-TV stars alike -- aren't at all happy when their carefully calibrated reality bursts out of the cages they have built to contain it.

You can argue about how much privacy a professional performer is entitled to. Somebody who talks about his religion and love life on Oprah's couch is inviting and encouraging public scrutiny and speculation about those aspects of his life, making it harder to build a case that they're private matters and therefore off-limits. He's using them to market himself as a co-branded product (along with a movie or a book or TV series or a chain of restaurants...) and how much he's willing to give away may have a direct effect on his next paycheck -- or his career bankability.

Politicians, like movie stars, are public figures under the law. Even more so, because they are elected officials with public responsibilities. So, when (now-former) Idaho Senator Larry Craig is arrested for soliciting sex from an undercover officer, he can hardly claim that the media has "outed" him. And when a documentary filmmaker like Kirby Dick ("Sick: The Life & Death Of Bob Flanagan, Supermasochist," "This Film Is Not Yet Rated") compares politicians' public voting records with their private behavior in his film "Outrage," he has grounds to argue that his subject is not outing but political hypocrisy -- and, in some cases, outright demagoguery.

(See the NPR Ombudsman's column about Nathan Lee's review of "Outrage," in which New York Times critic A.O. Scott is quoted about his use of names in his review: "None of my editors objected to this, since everything I wrote was strictly and narrowly factual. In my opinion it would have been unduly coy, in the manner of 'blind item' gossip, not to mention the names, though I understand the argument that to mention them is to further the rumors. But it is important for a critic to be able to discuss what a movie is about...") 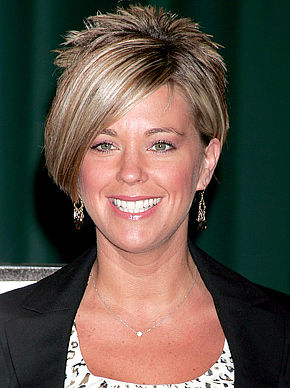 Reality TV stars go even further, inviting cameras into their private lives in exchange for publicity, money and other favors -- like free vacations, teeth-whitenings, even houses. (I'm told. I don't actually watch that show, but I've read some stuff about it.) I admit I laughed when I saw a Facebook comment about Kate Gosselin's evolving 'do, claiming that the back of her hair was trying to eat the front. That's not a gratuitous crack about her camera-tuned personal appearance; it's a pretty incisive critical observation -- and a good metaphor for what some have said is happening to her head/psyche on the show. Apparently, both the fertile Gosselins have been accused of cheating (isn't adultery the favorite passtime of heartland America?), he with a 23-year-old teacher and she with her bodyguard. You read that right: her bodyguard. Like Whitney and Kevin. And now they're blaming the media for the Faustian bargain they struck four seasons ago. If only they could go back to their cozy little TLC cable show and everyone would just leave them alone! That, however, might mean forfeiting a lot of wealth, freebies and public validation. Besides, they've got a contract for 40 more episodes. (I see three series being spun off from this: "Jon," "Kate" and the joint-custody adventure series, "Plus 8.")

There but for an overpowering lust for riches and notoriety go you or I.

This year, according to a British poll, nearly half of all people under the age of 21 and 18 percent of 22- to 30-year-olds have publicly dumped someone by announcing it on Facebook, Twitter or something similar...

"Self-righteousness makes people feel superior," says Pauline Wallin, a psychologist in Camp Hill, Pa., and the author of the book "Taming Your Inner Brat: A Guide to Transforming Self-Defeating Behavior." "People always find a logical reason for what they want to do -- like, that company fired me, the world needs to know what they're really like. We decide emotionally and justify rationally. We decide first, justify later." In other words, there's nothing like getting screwed over to bring out the smugness and moral superiority in everybody. And, these days, who isn't getting screwed over? The fact that we're all just an angry e-mail, late-night status update, drunken text message or hormonal tweet away from more disclosure (self- and otherwise) only adds to the already considerable anxieties of the age. Technology doesn't cause lack of impulse control, it just creates a nice, dark, moist and warm environment in which it can thrive.

Privacy and shame. One keeps the other in check. A little confession is good for the soul. But compulsive self-revelation can become a form of shameless, invasive exhibitionism -- a lack of respect not only for one's own privacy (and individuality), but for others'. Shame and humiliation can be crippling when linked to things beyond someone's control. On the other hand, they also provide a healthy check on human behavior. That's why -- last year, at least -- "too much sharing" could get you "unfriended."

In Doug Block's penetrating (auto-)biographical documentary "51 Birch Street," the filmmaker finds himself faced with the question of whether to read his mother's journals, and whether to include some of their contents in his film. Her best friend, aware of her tumultuous struggles to become her own person (especially in the 1960s and 1970s when gender roles were in upheaval), says she thinks his mother would, above all, want to be known for who she really was.

To be known, or not to be known. Those are the contradictory impulses we're acting out -- on- and off-camera, in fiction and "documentary," on Facebook and Twitter -- all of it shaped by somebody's ever-shifting notion of what makes a good show. Interactions with other people have always been, to a great extent, about acting -- about creating compelling scenes and adjusting your presentation to fit others' demands and expectations. (See "La Dolce Vita," the film that gave birth to the term "paparazzo." Every interaction is a form of public or private performance.)

Now, in the Cronenbergian sense, technology extends our nervous systems wirelessly into a Borg-like network through which we are all connected. Resistance is futile. A sense of civility and decorum is your only shield against assimilation and the resulting loss of self.

"They can say I'm a fat old cunt, they can say I'm an untalented bastard, they can call me a poof, but they mustn't tell lies about me." -- Elton John, on a British tabloid libel suit he won in the 1990s (quoted in The New Yorker)

What do you think? Is privacy overrated? Is shame always a bad thing? If somebody makes a living off selling a public persona (including physical appearance), where does legitimate criticism cross over into malicious John Simonism? (For example, if Nicole Kidman is an actress, and her surgically taut face is no longer capable of conveying human emotions, is that not relevant to a discussion of her craft?) Libel laws aside, are there any limits to what can be said or reported about public figures? And who's a public figure these days? Was Levi Johnson one when he had a MySpace page and impregnated the daughter of Alaska's governor? Or did he only become one when his girlfriend's mom chose to run for Vice President of the United States? Where do you draw the line in your own blog/Facebook/Twitter revelations?