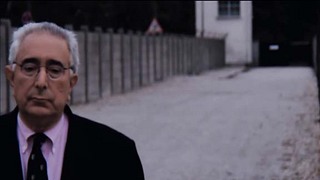 Ben Stein, whose spectacularly idiotic "Expelled: No Intelligence Allowed" uses Nazi concentration camps as scenic backdrops for a nonsensical embrace of Intelligent Design, is nominated for a Malkin Award at Andrew Sullivan's Daily Dish, for saying the following in an interview aired on the Trinity Broadcasting Network:

When we just saw that man, I think it was Mr. Myers [i.e. biologist P.Z. Myers], talking about how great scientists were, I was thinking to myself the last time any of my relatives saw scientists telling them what to do they were telling them to go to the showers to get gassed ... that was horrifying beyond words, and that's where science -- in my opinion, this is just an opinion -- that's where science leads you... Love of God and compassion and empathy leads you to a very glorious place, and science leads you to killing people.

Right. Just an opinion he picked up somewhere. I mean, when you think about it, what have those murderous scientists (Darwinists!) done about the leading causes of death in the world before the mid-20th Century: tuberculosis, cholera, influenza, pneumonia... ?

The Malkin Award, named after the blogger Michelle Malkin, is given annually for "shrill, hyperbolic, divisive and intemperate right-wing rhetoric. A[--] C[------] is ineligible -- to give others a chance." You can vote for Stein, or one of his ignominious fellow nominees, here.

Above: Ben Stein on location at Dachau.

UPDATE: He won! And the scientist he was hating on won the equally nasty [Michael] Moore Award.