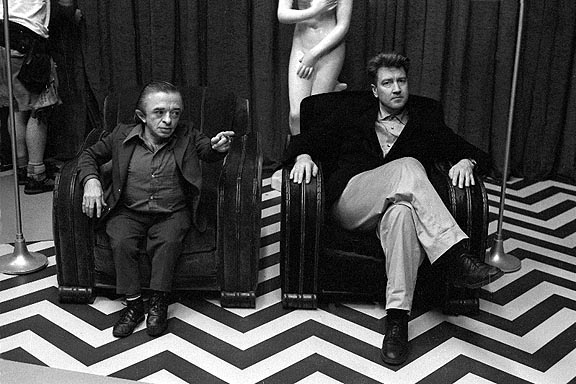 The Man From Another Place (Michael J. Anderson, that is) with The Man From Spokane (David Lynch) in the Red Room. Photo by Richard Beymer.

The owls are not what they seem. And Richard Beymer has the photos to prove it, in this beautiful online gallery from the set of "Twin Peaks." The shot of Hank Worden ("Grateful to the hospitality of your rocking chair, ma'am!") with Lynch makes me very happy.

Next Article: LAFCA: There Will Be... more 2007 critics awards Previous Article: Stages of a Cinephile