Anne Boleyn vs. Abbie Hoffman vs. the Nazis 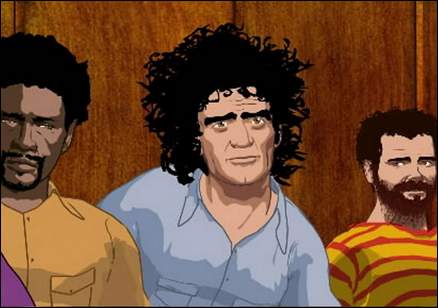 My reviews of "Chicago 10, " "The Counterfeiters," and "The Other Boleyn Girl" are in the Chicago Sun-Times and RogerEbert.com. Guess which review this is from:

Mary Boleyn: "You know I love him."

If Russ Meyer had made "The Other Boleyn Girl," Anne and Mary Boleyn would have yanked some hair, scratched some eyeballs, walloped each other in their respective kissers, and the movie would have been all the better for it. Just imagine: "Beneath the Valley of the Tudorvixens": Meee-oww!

As it is, "The Other Boleyn Girl" is a sullen genre picture, hardly as vivacious as Meyer's uncategorizable sexploitation films, and not as edifying, either. It's built on sturdy old generic conventions, as familiar as those in any slasher film or naughty-nurses potboiler.