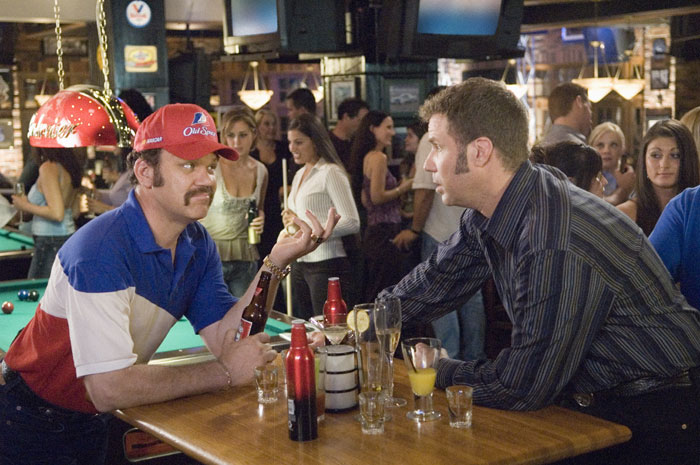 I've got reviews of four new releases on RogerEbert.com this week, and all the movies are actually pretty good (or even better) for a change!

"The Descent" -- the scariest and most cinematically adept horror-thriller in years. (Don't look it up, don't watch the TV spots or the trailer -- just go. Now. Read reviews later.)

"Talladega Nights: The Ballad of Ricky Bobby" -- Will Ferrell and John C. Reilly as NASCAR drivers. Did you laugh at that title? Then you'll probably laugh at the movie.

"Little Miss Sunshine" -- Steve Carell, Toni Collette, Greg Kinnear, Alan Arkin. What more do you need to know? (Except, maybe, why they'd open a comedy with Carrell and Kinnear opposite a Will Ferrell comedy, in which Carrell was also offered a role but had to pass for scheduling reasons.)

"The Night Listener" -- a Hitchockian thriller, based on a novel by Armistead Maupin, also starring Toni Collette, and a performance by Robin Williams that is not only watchable but relatively nuanced. Who'da thunk it?