"You give out too many stars" 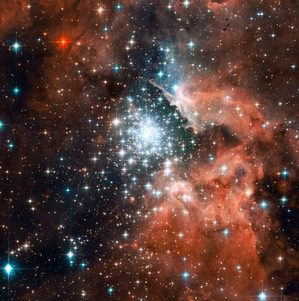 That's what some people tell me. Maybe I do. I look myself up in Metacritic, which compiles statistics comparing critics, and I find: "On average, this critic grades 8.9 points higher than other critics (0-100 point scale)." Wow. What a pushover. Part of my problem may be caused by conversion of the detested star rating system. I consider 2.5 stars to be thumbs down; they consider 62.5 to be favorable. But let's not mince words: On average, I do grade higher than other critics.

Now why do I do that? And why, as some readers have observed, did I seem to grade lower in my first 10 or 15 years on the job? I know the answer to that one. When I started, I considered 2.5 stars to be a perfectly acceptable rating for a film I rather liked in certain aspects. Then I started doing the TV show, and ran into another wacky rating system, the binary thumbs. Up or down, which is it?

Gene Siskel boiled it down: "What's the first thing people ask you? Should I see this movie? They don't want a speech on the director's career. Thumbs up--yes. Thumbs down--no." That made sense, but in the paper it had the effect of nudging a lot of films from 2.5 to three stars. There is never any doubt about giving four stars, or one star. The problem comes with the movies in the middle. Siskel once tried to get away with giving thumbs up to a 2.5 star movie, but I called him on it.

The only rating system that makes any sense is the Little Man of the San Franciscio Chronicle, who is seen (1) jumping out of his seat and applauding wildly; (2) sitting up happily and applauding; (3) sitting attentively; (4) asleep in his seat; or (5) gone from his seat. I asked Chronicle film critic Mick LaSalle to read the mind of the Little Man, which he does at the end of this entry.

The blessing of the Little Man system is that it offers a true middle position, like three on a five-star scale. I curse the Satanic force that dreamed up the four-star scale (at the New York Daily News in 1929, I think). It forces a compromise. So why don't I simply drop the star ratings? As I have explained before. I'd about convinced my editors to drop them circa 1970, when Siskel started using them. To drop them now would be unilateral disarmament. Do editors even care about such things? You're damned right they do.

But forget ratings systems altogether. What inclines me to tilt in a more favorable direction? I submit the following possibilities:

1. I like movies too much. I walk into the theater not in an adversarial attitude, but with hope and optimism (except for some movies, of course). I know that to get a movie made is a small miracle, that the reputations, careers and finances of the participants are on the line, and that hardly anybody sets out to make a bad movie. I do not feel comfortable posing as impossible to please. Film lovers attend different movies for different reasons, all of them valid; did I enjoy "Joe Versus the Volcano" more than some Oscar winners? Certainly.

2. Directors. There are some who make films I simply find myself vibrating with. I will have difficulty in not admiring a work by Bergman, Altman, Fellini, Herzog, Morris, Scorsese, Cox, Leigh, Ozu, Hitchcock, Kurosawa, Keaton...and to borrow an observation from my previous entry, I haven't even reached directors under 60.

3. I feel strongly about actors I admire, watching their ups and downs and struggles to work in a system that often sees them only as meat. Example. I opened my review of "The Women" this way: "What a pleasure this movie is, showcasing actresses I've admired for a long time, all at the top of their form. Yes, they're older now, as are we all, but they look great, and know what they're doing." Yes, I really believe that. I interviewed Candice Bergen for the first time in 1971. God, she was wonderful. I mean as a person. She was one of the most beautiful women in the world, and she married Louis Malle, and was happy. Louis Malle was beautiful too, if you know what I mean, and a great filmmaker. She fell in love with both her head and her heart. I felt a particular pleasure in seeing her and that whole cast together.

4. Once the scent of blood is in the water, the sharks arrive. I like to write as if I'm on an empty sea. I don't much care what others think. "The Women" scored an astonishingly low 28 score at Metacritic. "Sex and the City" scored 53. How could "The Women" be worse than SATC? See them both and tell me. I am never concerned about finding myself in the minority.

5. I have sympathy for genres, film noir in particular. I am almost capable of liking a movie simply for its b&w noir photography. I like science fiction. Ed Harris has a new Western coming out named "Appaloosa." I'll like it more than the Metacritic average. You wait and see.

6. In connection with my affinity for genres, in the early days of my career I said I rated a movie according to its "generic expectations," whatever that meant. It might translate like this: "The star ratings are relative, not absolute. If a director is clearly trying to make a particular kind of movie, and his audiences are looking for a particular kind of movie, part of my job is judging how close he came to achieving his purpose." Of course that doesn't necessarily mean I'd give four stars to the best possible chainsaw movie. In my mind, four stars and, for that matter, one star, are absolute, not relative. They move outside "generic expectations" and triumph or fail on their own.

7. I have quoted countless times a sentence by the critic Robert Warshow (1917-1955), who wrote: "A man goes to the movies. The critic must be honest enough to admit that he is that man." If my admiration for a movie is inspired by populism, politics, personal experience, generic conventions or even lust, I must say so. I cannot walk out of a movie that engaged me and deny that it did. I must certainly never lower it from three to 2.5 so I can look better on the Metacritic scale.

I cringe when people say, "How could you give that movie four stars?" I reply, "What in my review did you disagree with?" Invariably, they're stuck for an answer. One thing I try to do is provide an accurate account of what you will see, and how I feel about it. I cannot speak for you. Any worthwhile review is subjective. If we completely disagree, my words might nevertheless be useful or provocative. If you disagree with what I write, be my guest. If you disagree with how many stars I gave it, you can mail your opinion to where the sun don't shine.

The Little Man Explained, by Mick LaSalle, film critic, San Francisco Chronicle. The meanings of the various Little Man icons have been subject to interpretation, even here at the Chronicle.First, the easy ones:Little Man #1: THE LITTLE MAN JUMPING OUT OF HIS SEAT CLAPPING: This is reserved for hands-down great films. But it also, in practice, ends up going to A-minus films, because we don't have the equivalent of a three and a half star rating. With A-minus it can go either way. Basically, I try not to give this rating unless I love it.Little Man #2: THE CLAPPING LITTLE MAN: This is a definite endorsement. No B-minuses here. This is telling people that they will enjoy this movie. So anything that's definitely good and definitely not great resides here.We'll skip little man #3, save him for the end, and go to...Little Man #4: THE SLEEPING LITTLE MAN: This is instruction not to go. Definitely bad, definitely not worth seeing. But maybe, just maybe, there's a single decent scene in there (there usually is), some glimmer of something that might have been.Little Man #5: THE EMPTY CHAIR: This doesn't mean, of course, that the critic actually left. As you know, we can never leave. But it means that the movie is a complete bomb with nothing redeeming about it. However, in some cases, the extent of the awfulness can give the movie a kind of purity -- like, say, Bo Derek and Anthony Quinn in "Ghosts Can't Do It." This is probably why the kiss-of-death rating is actually not this rating but the SLEEPING little man rating. Some people actually like the idea of going to EMPTY CHAIR movies.Which brings us to the ambiguous one . . .Little Man #3: THE "ALERT" LITTLE MAN: Because we don't have half-stars, the Alert or Interested Little Man takes up the mid-range and is used for everything from almost-OK-but-not-quite to almost-no-good-but-not quite, which is actually quite a wide range. Every so often, an editor decides that the Interested Little Man should be considered a positive review, the equivalent of a two-and-a-half star rating, and that's actually how I try to use it -- for reviews that are, on balance, positive, but the buyer should beware. A decent but unexceptional genre film would come into this range. If it doesn't transcend the genre, it will mean that someone not drawn to the genre wouldn't like it; hence the Interested Little Man.The temptation is to overuse this rating as a way of being wishy-washy, but it's worth remembering that for the reader, it's the most disappointing rating, in that it's journalistically the least interesting. It gets used a lot, because in reality a lot of movies end up in this zone, but it can't be used as an excuse for indecisiveness. I think that about sums it up.

Ebert again: It is a splendid system, but Mick wisely observes a problem with the middle position: People don't like it. Maybe Siskel was on to something: Up or down, yes or no? I think Mick LaSalle would join me in asking: Have you considered actually reading the review?