Three of the year's most acclaimed documentaries are the work of Chicago filmmakers, and they all have a shot at making the Academy Award shortlist. "Life Itself," Steve James's film about the life and work of iconic film critic Roger Ebert, joins "Finding Vivian Maier," co-director Charlie Siskel (nephew of Gene Siskel, Ebert's co-host on "Siskel & Ebert") and executive producer Jeff Garlin's portrait of the Windy City nanny who was secretly a genius photographer, and "Red Army," Gabe Polsky's exploration of the hockey team's rise and fall and how it mirrored that of the Soviet Union, as three of the top contenders eligible for the Best Documentary Oscar shortlist.

"Life Itself," a production of Chicago's magnificent documentary company, Kartemquin Films, has been receiving rave reviews since its debut at Sundance in January. The film was screened in the Cannes Classics section of the Cannes Film Festival this past May and premiered in London last month at the Dogwoof Weekender. It has been nominated for Best Documentary by the Gotham Independent Film Awards and won a Founder's Prize at Michael Moore's Traverse City Film Festival. It also earned a Jury Prize at the Documentary Edge Festival in New Zealand and the Best Documentary prize at the 5th American Film Festival in Wrocław, Poland. Cinema Eye included the film on its annual list dubbed "The Unforgettables," highlighting "the year's most notable and significant nonfiction film subjects." 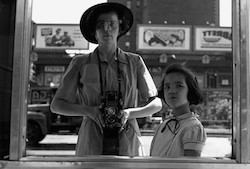 "Finding Vivian Maier," co-directed by Maier's chief curator, John Maloof, debuted last November at DOC NYC and went on to win the Grand Jury Prize at the Miami Film Festival (tying with "The Overnighters" by Jeff Moss), the audience awards for Best Documentary Feature and Best New Director at the Portland International Film Festival, a Founder's Prize at the Traverse City Film Festival and the John Schlesinger Award at the Palm Springs International Film Festival. It has also been nominated for Best Documentary by the International Documentary Association. It's rather lovely to contemplate how Gene and Roger would've reacted to the notion of both a Siskel film and an Ebert film generating serious Oscar buzz during awards season. 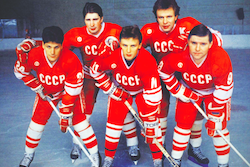 "Red Army" has also been earning great reviews on the festival circuit, which included screenings at the Cannes Film Festival and the Chicago International Film Festival, where it won the Audience Choice Award for Best Documentary Feature. It was also a Special Mention in the category of Golden Eye for Best International Documentary Film, alongside Joshua Oppenheimer's "The Look of Silence" (the follow-up to his Oscar nominee, "The Act of Killing"), at the Zurich Film Festival.

2014 is shaping up to be a spectacular year for documentary film all around, and considering the ever-increasing number of On Demand and online platforms, they are more accessible than ever to a wide audience.

The official Academy Award shortlist of Best Documentary contenders will be released in early December. For more info on these films, visit their official sites: "Life Itself" at Magnolia Pictures and Kartemquin Films, "Finding Vivian Maier" and "Red Army" at Sony Pictures Classics.