This is the dawning of the Age of Credulity 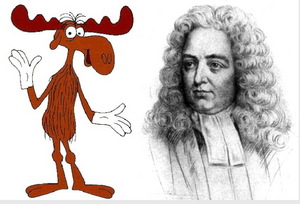 Some days ago I posted an article headlined, "Creationism: Your questions answered." It was a Q&A that accurately reflected Creationist beliefs. It inspired a firestorm on the web, with hundreds, even thousands of comments on blogs devoted to evolution and science. More than 600 comments on the delightful FARK.com alone. Many of the comments I've seen believe I have converted to Creationism. Others conclude I have lost my mind because of age and illness. There is a widespread conviction that the site was hacked. Lane Brown's blog for New York magazine flatly states I gave "two thumbs down to evolution." On every one of the blogs, there are a few perceptive comments gently suggesting the article might have been satirical. So far I have not seen a single message, negative or positive, from anyone identifying as a Creationist.

What was my purpose in posting the article? Can you think of a famous Creationist? Perhaps I was trying to helpfully explain what Creationists believe. The article, although brief, was accurate as far as I could determine, which explains why there have been no complaints from Creationists. What was there to complain about? Nor have I received any praise from Creationists, which speaks well for their instincts; they're apparently more canny than the evolutionists who believe I have lost my mind.

But the purpose of this blog entry is not to discuss politics (a subject banned from the blog). Nor is it to discuss Creationism versus the theory of evolution (that way lurks an endless loop). It is to discuss the gradual decay of our sense of irony and instinct for satire, and our growing credulity.

Let me take you back to 1997, and a conversation I had with Paul Schrader, author of "Taxi Driver," director of "Mishima" and "American Gigolo." He told me that after "Pulp Fiction," we were leaving an existential age and entering an age of irony.

"The existential dilemma," he said, "is, 'should I live?' And the ironic answer is, 'does it matter?' Everything in the ironic world has quotation marks around it. You don't actually kill somebody; you 'kill' them. It doesn't really matter if you put the baby in front of the runaway car because it's only a 'baby' and it's only a 'car'." 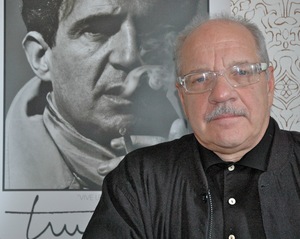 In other words, the scene isn't about the baby. The scene is about scenes about babies.

To sense the irony, you have to sense the invisible quotation marks. I suspect quotation marks may be growing imperceptible to us. We may be leaving an age of irony and entering an age of credulity. In a time of shortened attention spans and instant gratification, trained by web surfing and movies with an average shot length of seconds, we absorb rather than contemplate. We want to gobble all the food on the plate, instead of considering each bite. We accept rather than select.

Were there invisible quotation marks about my Creationism article? Of course there were. How could you be expected to see them? In a sense, I didn't want you to. I wrote it straight. The quotation marks would have been supplied by the instincts of the ironic reader. The classic model is Jonathan Swift's famous essay, "A Modest Proposal." I remember Miss Seward at Urbana High School, telling us to read it in class and note the exact word at which Swift's actual purpose became clear. None of us had ever heard of it, and she didn't use a giveaway word like "satire." Yet not a single person in the class concluded that Swift was seriously proposing that the starving Irish eat their babies. We all got it.

What you do is, first, consider the source. Jonathan Swift was not a noted cannibal. Then you look for little giveaways, or triggers. Did I supply any triggers in my Creationism piece to inspire such a process? Yes, although they were not waving flags and calling attention to themselves. Possible triggers have been identified in the comments I've read. The most cited was the Q&A about the moose. I didn't want to be obvious, because I hoped to reach readers who were uninformed about Creationism and would find the information interesting. If I had used an obvious slant, readers might have responded according to their pre-existing beliefs. I wanted to fly under the radar. I seem to have been all too successful.

I have something like 10,000 articles on my web site. I don't expect most people to have read even 100 of them. I have forgotten some myself. But I hoped my track record might have provided a gentle nudge in the ribs. And there was a bold trigger in plain view, elsewhere on the same page, in this headline: "Evolution is God's intelligent design." Yet intelligent readers, even in comments on Richard Dawkins' own site, didn't see the quotation marks. Would Dawkins have? Of course. I can't prove it, but I'm certain.

Let me give another example of credulity. The following paragraph appeared this week in a New York Post review by Adam Buckman of the season premiere of "Heroes."

This show, which was once so thrilling and fun, has become full of itself, its characters spouting crazy nonsense. Here's one I wish someone would translate for me: "There's a divinity that shapes our ends--rough hew them how we will," spouts the enigmatic industrialist Linderman played by Malcolm McDowell, who should win an Emmy for keeping a straight face while reciting these lines.