Start at the top and work your way down 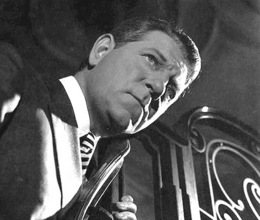 • Introduction to The Great Movies III

You'd be surprised how many people have told me they're working their way through my books of Great Movies one film at a time. That's not to say the books are definitive; I loathe "best of" lists, which are not the best of anything except what someone came up with that day. I look at a list of the "100 greatest horror films," or musicals, or whatever, and I want to ask the maker, "but how do you know?" There are great films in my books, and films that are not so great, but there's no film here I didn't respond strongly to. That's the reassurance I can offer.

I believe good movies are a civilizing force. They allow us to empathize with those whose lives are different than our own. I like to say they open windows in our box of space and time. Here's a third book filled with windows.

I was just now looking over the 100 titles in this third volume, and I wanted to watch most of them again. That's not a figure of speech. Although the sainted Pauline Kael was adamant about never watching a movie twice, I think of a good film as like a favorite record album that I might listen to time and again. In a sense, a movie is a place for me. I go there. Just as I return time and again to London, I return to "Fitzcarraldo," "Dark City," "Late Spring," and Bergman's trilogy "Through a Glass Darkly," "The Silence," and "Winter Light." 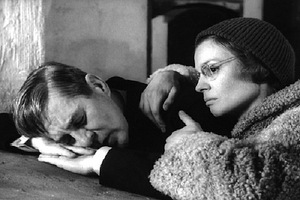 In fact, there is a fourth Bergman in this book, "Fanny and Alexander." I have no desire to belabor my adventures with health during the period since "The Great Movies II," but I went through a period of not seeing or writing about movies at all. The first film I saw in a theater after a period of forced abstinence was "Indiana Jones and the Kingdom of the Crystal Skull." On reflection, that was an excellent choice. It was gloriously what it was. You won't find it in this book -- or the next one, if there is one -- but still, an excellent choice.

After returning home from the hospital, I resumed my usual schedule. Above all that included a Great Movie essay every other week. Most of them I watched on DVD; several, like "The Godfather: Part II," on big screens. Some I was able to see in theaters. I saw Jacques Becker's "Touchez pas au Grisbi" in a revival house in Seattle while I was there getting dosed with radiation. Like the others, it conferred the gift of taking me to another place. It also confirmed my affection for Becker and Jean Gabin. 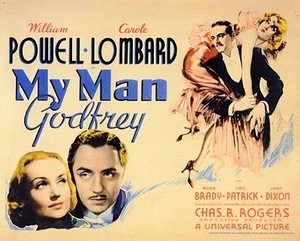 Soon after I returned home I turned to Bergman, who is a filmmaker for thoughtful moods. His new Criterion discs have been restored to an astonishing black and white beauty, and I fell into them. It's conventional to write of "his great cinematographer, Sven Nykvist," but my God, he is great, and I found myself trying to describe the perfection of his lighting. I responded strongly to Bergman's passion about fundamental questions of life and death, guilt, mortality, and what he regards as the silence of God. I'd seen all these films on first release, but now, at an older age, having walked through the valley, I saw them quite differently. Norman Cousins famously found during an illness that comedy helped heal him. For me, it was Bergman. In those months I wasn't finding many things funny.

Indeed, looking over the list, I'm surprised to see only four purely comic entries: the Chuck Jones cartoons, "My Man Godfrey," Chaplin's "The Great Dictator" and Harold Lloyd's "Safety Last." A good case can be made for "The Scarlet Empress" and "Playtime." There are lots of smiles in "The Bandwagon," "My Fair Lady, "Top Hat" and "Thief of Bagdad," but you can't call them comedies. "Groundhog Day" is sort of a comedy, and sort of a profound exploration of why time makes it possible for us to connect with others. 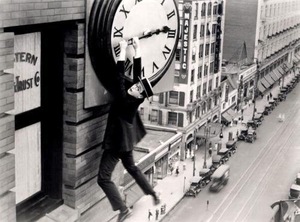 For that matter, some of the funniest film scenes don't play as comedy at all. In my review of "Touchez pas Au Grisbi," I describe a scene where the Gabin character returns to his secret gangster hideout, a room with a comfy charm, a phonograph, fresh clothes and even guest pajamas. He has a voice-over, a monologue about his old pal who has stupidly made it necessary for him to go into hiding. He's angry but affectionate. Gabin mirrors his inner monologue with subtle body language. The scene has truth in it but is also funny, although no one in the audience laughs. There's that kind of comedy, too.

People often ask me, "Do you ever change your mind about a movie?" Hardly ever, although I may refine my opinion. Among the films here, I've changed on "The Godfather: Part II" and "Blade Runner." My original review of "Part II" puts me in mind of the "brain cloud" that besets Tom Hanks in "Joe vs. the Volcano." I was simply wrong. In the case of "Blade Runner," I think the director's cut by Ridley Scott plays much better. 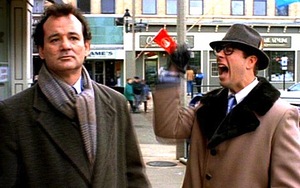 I also turned around on "Groundhog Day," which made it into this book when I belatedly caught on that it wasn't about the weatherman's predicament but about the nature of time and will. Oh, I liked it well enough on first viewing, but perhaps when I first saw it I was distracted by Bill Murray's mainstream comedy reputation. There's more to it than that. Someone in film school somewhere is probably even now writing a thesis about how Murray's famous cameos represent an injection of his philosophy into pictures. They're the subversive flowering of what he was trying to say more conventionally in "The Razor's Edge."

I see another group of pictures here I'm fond of: The strange films. So many movies repeat the same tired formulas that I find myself grateful for those that do something unexpected and new, and does it well. Consider "Leolo," "Withnail & I," "Exotica" and Jodorowsky's fevered "Santa Sangre." The strangest of all is Bela Tarr's "Werckmeister Harmonies," although some readers may not be persuaded by my claim, "If you have not walked out after 20 or 30 minutes, you will thereafter not be able to move from your seat." 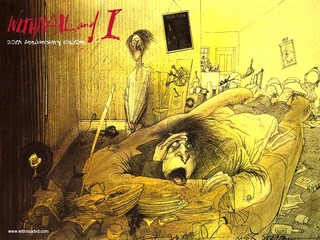 A few other titles require mentions. "A Woman's Tale" is a masterwork by the wrongly overlooked Australian Paul Cox. "Moolade" is the last film by the Senegalese director Ousmane Sembene, who I met at 81 in the lobby of my small Cannes hotel, puffing contentedly on a Sherlock Holmes pipe. And in this book I finally came around at last to the struggle I'd been delaying with the problematical "Triumph of the Will," and had to face the question, what is a great film, anyway?

Then there is "A Prairie Home Companion," which I believe, wrongly or not, Robert Altman may have made as a farewell of sorts. He died while I was in the fog of recovery, and my wife didn't inform me for two months. Rightly so. From the day I saw the premiere of "M*A*S*H," Altman graced my personal cinema with an example of an exemplary filmmaker, a man whose life and films were in complete sympathy.

I ruffled some feathers after "Transformers: Revenge of the Fallen" was released in 2009. It was so stupid it was almost criminal. Noting that some of its fans considered it one of the greatest films ever made, I suggested perhaps they were not "sufficiently evolved." Oh, did that make people angry. What snobbery! Who did I think I was? 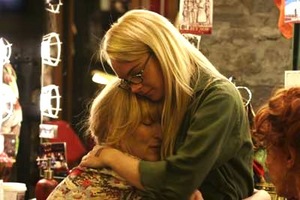 I was indeed a snob, if you agree with this definition: "A person who believes that their tastes in a particular area are superior to those of other people." I do believe that. Not superior to all other people, but to some, most probably including those who think "Transformers: Revenge of the Fallen" is a great film. That is not simply ego on my part. It is a faith that after writing and teaching about films for more than 40 years, my tastes are more evolved than those of a fanboy. It is quite possible to devise a defense of "T2RF," as its fans affectionately call it. One persuasive critic likened it to pop art. Well, okay. He had an argument, he had his reasons, he considered it in a particular context. But to argue I am a snob for not liking T2RF as much as "everybody does" devalues thought and experience.

What am I getting at here? The way to know more about anything is to deepen your experience of it. I have no way of proving it, but I would bet you a shiny new dime that it is impossible to experience the films in this book without becoming a more interesting person -- to yourself, anyway.  Note: Readers have noticed my postings of new Great Movies has lapsed recently. I've been deeply involved in writing my memoirs. The Great Movies will resume soon.

The Table of Contents