Secretariat was not a Christian 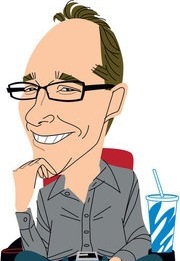 Andrew O'Hehir of Salon is a critic I admire, but he has nevertheless written a review of "Secretariat" so bizarre I cannot allow it to pass unnoticed. I don't find anywhere in "Secretariat" the ideology he discovers there. In its reasoning, his review resembles a fevered conspiracy theory.

In this example, we do not find proof that Obama is a Muslim Communist born in Kenya. No, the news is worse than that. It involves Secretariat, a horse who up until now we innocently thought of as merely very fast. We learn the horse is a carrier not merely of Ron Turcotte's 130 pounds, but of Nazism, racism, Tea Party ideology and the dark side of Christianity.

Oh, and I forgot the Ku Klux Klan: "The movie itself is ablaze with its own crazy sense of purpose," O'Hehir writes, "...as if someone just off-screen were burning a cross on the lawn."

Say what? We saw the same movie. I am a liberal who has found more than his share of the Dark Side in seemingly innocent films. But in my naïveté I attended "Secretariat" and saw a straightforward, lovingly crafted film about a great horse and the determined woman who backed him against a posse of men who thought she should get her pretty little ass off the horse farm and get back to raisin' those kids and darnin' those socks. 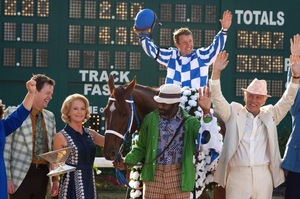 O'Hehir's review is a cri de coeur against evil in the shape of a film. While showing how this woman "lucks into owning a genetic freak," he says the film papers over all of the historic wrongs in American history, including those of its own period: "The year Secretariat won the Triple Crown was the year the Vietnam War ended and the Watergate hearings began." It is "creepy, half-hilarious master-race propaganda almost worthy of Leni Riefenstahl," he writes, about how "all right-thinking Americans are united in their adoration of a Nietzschean Überhorse." In fact, "Big Red himself is a big, handsome MacGuffin, symbolic window dressing for a quasi-inspirational fantasia of American whiteness and power."

I'm not making this up. How did a lifelong liberal like myself manage to leave peacefully at the end, instead of organizing the audience and leading a demonstration right then and there?

O'Hehir's reading is wildly eccentric, and commits a logical error best outlined as: A is evil because it does not acknowledge B. Or perhaps: Although A and B are represented as separate circles, they should overlap. 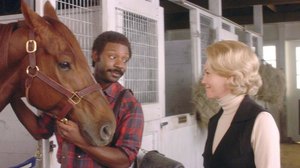 True, "Secretariat" makes no overt mention of Vietnam or Watergate. The same is true of certain other films set in the 1970s, such as "Apollo 13," "Breaking the Waves," "Field of Dream," "Rudy," "When Harry Met Sally," "Zodiac," and "Frost/Nixon". Those films are all guilty, in that they are not about Vietnam and Watergate.

To be sure, one of Penny's daughters stages an anti-war play at high school, and this is a primary domestic incident the film details. O'Hehir did notice this: "Penny's eldest daughter is depicted as a teen antiwar activist, in scenes that resemble lost episodes of 'The Brady Bunch'." Later, the teenager calls Penny and tells her she is dedicating her life to the anti-war movement, and Penny, the O'Hehirian Riefenstahlian TeaPartyite, tells her only, "We all have to do what we feel is right." Apparently Penny didn't get her talking points that day. 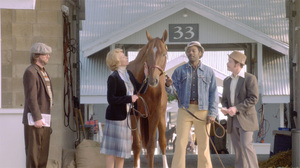 As an admirer of Darwin, I question O'Hehir's description of Secretariat as a "genetic freak." Secretariat was not a lucky roll of the dice by the blind watchmaker, but the outcome of many carefully recorded generations of selective breeding. The horse can be read as one more demonstration of the survival of the fittest -- a phrase that could apply to the winner of every race.

Nor did Penny Chenery, Secretariat's owner, "luck into" the horse. As the film spells out, she won the horse by losing a coin toss, which she wanted to lose, because her understanding of horse breeding led her to hope the millionaire betting against her would "win" the wrong mare. Her reasoning was correct.

I question if a single American, right-thinking or left-thinking, thought even once of Secretariat as a Nietzschean Überhorse. Nor did many consider the Triple Crown victories as a demonstration of white superiority, because race horses (which seem to enjoy winning for reasons of their own) are happily unaware of race. Does a horse think of a human as belonging to another race? I speculate that a horse considers a human as a differently-abled horse. A cat, now, may belong to another race. 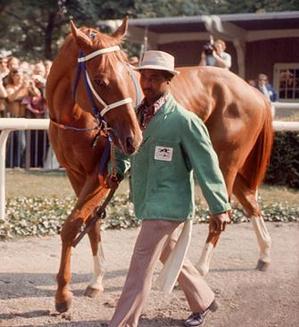 Penny Chenery arouses O'Hehir's ire by being wealthy and living with her family in Colorado "in a resplendent collection of period knitwear and steel-magnolia 'tude." In other words, period clothing. But she cannot be held guilty of having money honestly earned. That money was secondary in her mind is demonstrated when she prevents both sides of her family from selling the farm, and refuses $7 million for Secretariat. O'Hehir admits that he loves the film's "wonderfully varied and dazzling approaches to Secretariat's four big races." Chenery obviously loved those races too, and literally bet the farm in order to see them. 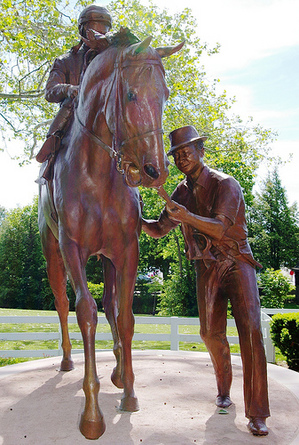 When O'Hehir says Wallace is "one of mainstream Hollywood's few prominent Christians," what exactly does he mean by that? That one is too many? Surely the Hollywood mainstream has room for several prominent Christians? Surely it is permitted for Wallace to speak openly about his faith? Although O'Hehir finds "Secretariat" a repository of Christianity (of the wrong sort, presumably), I found it rather secular. He finds it "Tea Party friendly;" I refuse to allow him to define this film in such a way. Sarah Palin and the Tea Party are squatting rent-free in the tent of Middle American Values and pretend we don't belong there. But we do, and O'Hehir should not advance the TeePee agenda.

I hardly have the heart to discuss the ways he finds racism in the film. He writes of:

...Eddie (Nelsan Ellis), an African-American groom who belongs to a far more insidious tradition of movie stereotypes. Eddie dances and sings. He loves Jesus and that big ol' horse. He is loyal and deferential to Miz Penny, and injects soul and spirit into her troubled life. I am so totally not kidding. 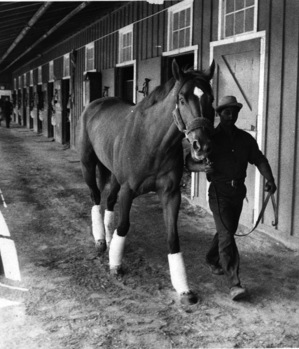 Andrew, Andrew, Andrew. There are any number of African-Americans, grooms and otherwise, who sing, dance, love Jesus and that big ol' horse. Also many American of other races. Being the groom of the greatest race horse in history was the crowning glory of Eddie Sweat's life -- his claim to fame. Must you demean him for it? There are many grooms of all races who are loyal and deferential to their employers. Also a great many white-collar workers at places like Salon and large corporations who are loyal and deferential. The only place I can think of where no one is deferential to the boss is the Chicago Tribune.

Is it even possible for Eddie to defer to Penny's judgment, when he in fact formed and guided it, and they agreed? And how much singing and dancing would you say Eddie actually does in the movie, and under what circumstances? The film sadly lacks a scene of Eddie grooming Secretariat for the Belmont while soothing him with De Camptown racetrack's five mile long! Oh, de doo-da day!

I am so totally not kidding if I ask, must a man who does indeed look like Pancho Martin therefore be "villainous, swarthy and vaguely terrorist-flavored?" And as for the hapless Sham, the horse with the evil name, for Christ's sake, O'Hehir, that was the horse's damn name.

Having exhausted my reading of this inexplicable review, I choose not to continue by drawing any lessons from it. I have no theories about why it was written. No cautionary warnings to issue. My faith in Andrew O'Hehir remains -- generally speaking. I am sure he will strive to do better. I myself have written insane reviews. It happens.

[Andrew O'Hehir's review on Salon.com. ]  [ Both Andrew O'Hehir and Bill Nack, author of the biography of Secretariat, have posted comments on this entry, and I have boldfaced them below to make them easier to find. ]