Appealing to the base

Hollywood has the same problem with the Oscars that the Republicans are having with their primaries. They can't seem to agree on a candidate with a broad appeal to the base. All nine Oscar finalists were, like Mitt Romney, good enough to be nominated. But none of them appealed to average multiplex moviegoers, just as it's said Romney doesn't appeal to the GOP base.

What the Hollywood establishment would love is a Best Picture winner that was also a box office winner. In their dreams, the Oscar goes to "Titanic," "Forrest Gump," "The Silence of the Lambs," or "Lord of the Rings: The Return of the King." In reality, the Oscar just as often goes to "The Artist," "The English Patient," "American Beauty" or "A Beautiful Mind." When "The Hurt Locker" defeated the all-time top grossing film "Avatar," there was wailing and the gnashing of teeth among those who count success in grosses.

The problem is that the taste of the Academy voters is too good. An argument can be made that the Best Picture, year after year, is at the very least a good picture. Most films produced every year may be mediocre or bad, but the nominees tend to be pretty first-rate. The days are gone when Mike Todd could steamroll the Academy into honoring "Around the World in 80 Days," or Cecil B. DeMille could crown his career with "The Greatest Show on Earth." 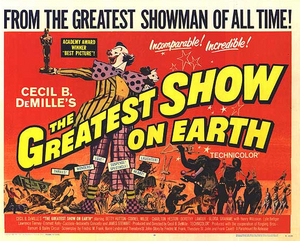 Such observations could point us in a number of directions. For the establishment, they point in only one: These Oscars will not translate into much of a surge at the box office. I didn't think "The Artist" was the year's best picture (that was "A Separation," in the foreign language category). Nor was it the best of the nominees ("The Tree of Life" or "Hugo"). But "The Artist" was a wonderful film, and it's possible that it provided the most pure entertainment for a general audience. It will open on additional screens on Friday and do good business, but no one will be trampled by the rush into the theater.

This can partly be explained by the audacity of Michel Hazanavicius in daring to make a silent film in black and white. People have gone out of their way to inform me that they won't go to silent films and don't like black and white. Like all critics, I've also run up against two groups of anal retentive readers. (1) When I said it was "silent and black and white," I was savaged for ignoring the fact that it has a little sound and color. (2) When I said it was "almost silent and almost in black in white," I was accused of committing a Spoiler.)

It's pointless to argue with someone who tells you they didn't like a movie. By definition they must be right. How can they he wrong about themselves? My hope is that perhaps "The Artist's" Oscar win will inspire some people to relax their standards and allow themselves to see a black and white silent film. It won't be that difficult. Do they complain about those stretches of "sound" films with no dialogue, only music? Do they dislike "color" films that are shot in murky dimness and have a noir feeling? No, now that you mention it. 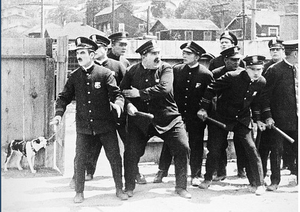 Odds are they have an idea of silent films shaped by brief shots of the Keystone Kops running in speeded-up action. They've never seen a good silent film properly presented. And it hasn't occurred to them that if a black and white film is "missing" color, so also is a color film "missing" black and white. I don't have the heart to inflict on you yet again my reasons for often preferring black and white. And many silent films place me into a deeply satisfying state of reverie.

For me, "The Artist" is delightful above all for the performance of Jean Dujardin, who is graceful and charming, who bubbles with warmth and humor, and who can dance as very few people ever have in movie history. Pity they don't make musicals anymore--not musicals, anyway, depending on the charisma and presence of individual singers and dancers. I wonder if anyone will have the imagination to figure out how to use Dujardin in a musical? How about a remake of "Swing Time?"

The Los Angeles Times published a well-researched article last week determining that the average Academy voter is white, male and over 50. We already knew that. What does it mean? That only boring box office blockbusters are nominated? No, because the old white men gave no major nominations for such hits of 2011 as "The Hangover Part II," "Horrible Bosses," "Captain America: The First Avenger," "Rise of the Planet of the Apes," and the franchise entries from Harry Potter, Pirates of the Caribbean, and Transformers. In overlooking such titles, they were essentially dissing their enormous audiences, and it's likely that many younger moviegoers didn't even watch the Oscars because they didn't have a horse in the race. 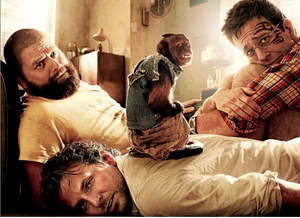 When I wrote above that "The Artist" provided the most pure entertainment for the "general audience," I noted even while typing that it was not the most entertaining for me. That would have been Woody Allen's "Midnight in Paris," as magical a whimsy as I can imagine. One of the problems with the "base" is that the average moviegoer has little knowledge of, and less interest in, such figures as Gertrude Stein, Ernest Hemingway, Luis Bunuel, Picasso and F. Scott Fitzgerald. It was a film requiring the viewer to have a light working knowledge of 20th century literature, art and cinema. If you lack one, it must have seemed inexplicable.

There was also the complaint that we movie critics liked "The Artist" because we're "biased" in favor of silent black and white films. (Most people making complaints like this in internet comments, I notice, have no idea what "biased" means and think it is spelled "bias," as in: You're bias agains ... Well, it's true that having spent our careers at the movies we appreciate a loving homage to traditions of cinema. But never mind us. I am naive enough to believe anyone should have fair chance of enjoying "The Artist." How does this apply to the Republican primaries? I have no idea.