Despite what the title suggests, “Wonderstruck” represents a rare disappointment from master filmmaker Todd Haynes.

It’s gorgeous, of course, with all the sumptuous lensing, rich sense of place and meticulous eye for period detail we’ve come to expect and luxuriate in from the director of “Far From Heaven” and “Carol.” And it’s certainly ambitious from a narrative perspective as it jumps back and forth between two mysteriously connected stories—one of which is entirely wordless.

But the emotional payoff just isn’t there, despite a lengthy build-up of cosmic proportions, which ultimately renders the entire effort a twee exercise in style over substance. It’s Haynes’ most accessible work for a broad audience, though—and it’s definitely the only film he’s made that younger viewers can see—so maybe it’ll inspire folks unfamiliar with him to seek out his more challenging fare.

Based on the novel of the same name by author and illustrator Brian Selznick, whose The Invention of Hugo Cabret inspired Martin Scorsese’s fanciful “Hugo,” “Wonderstruck” follows the adventures of two kids who run away to New York City, 50 years apart, seeking answers and a sense of peace. Both are lonely and isolated; both are plucky despite their troubled homes. They also both happen to be hearing impaired. But they manage to find allies and figure out a way to survive through their resourcefulness and—as Selznick’s script not so subtly suggests—a healthy heaping of magic.

Ben (Oakes Fegley, star of last year’s “Pete’s Dragon”) isn’t deaf at the film’s start. Living with relatives in rural Gunflint, Minnesota, in 1977, Ben dreams of the mother (Michelle Williams) who recently died in a car crash and the father whose identity he’s never known. While going through her belongings looking for clues, he finds a book about curiosity cabinets from a secondhand store in New York. Inside is a bookmark inscribed with a sentimental note for his mom. (Who hasn’t found one of those?) But as he’s gathering his things to hop on a bus and search for this stranger, a freak lighting strike leaves him unable to hear, although he can still speak.

“Wonderstruck” alternates between Ben’s story and that of a sweet, shy girl named Rose living in Hoboken, New Jersey, in 1927. She’s been deaf since birth (as is the expressive newcomer playing her, Millicent Simmonds). But she longs to connect with actress Lillian Mayhew (Haynes regular Julianne Moore), a film star at the tail end of the silent era, with whom she’s obsessed. Rose dares to leave the comfort of her pampered home life to board a ferry for the big city across the Hudson River.

But Rose at least knows someone in Manhattan: her older brother, Walter (Cory Michael Smith), who works at the American Museum of Natural History. Ben, you will not be the least shocked to learn, ends up at the same museum 50 years later—climbing the same stairs, perusing the same exhibits and hiding from the same kind of security guards who suspect both kids are up to no good.

In each case, the immersive visuals are far more compelling than the kids’ overly simplistic stories. Working once again with cinematographer Ed Lachman, costume designer Sandy Powell (who’s also an executive producer on the film) and production designer Mark Friedberg—all masters—Haynes recreates two extremely different visions of New York hustle-and-bustle in astonishing, vivid detail. Each section plays like a film that might have come out during their respective eras. The 1927 story is told in grainy black and white without dialogue as a reflection of Rose’s reality; the boldly percussive score from frequent Coen brothers composer Carter Burwell punctuates particular moments in dramatic, unsettling ways.

Meanwhile, 1977 is full of faded oranges and greens and teems with danger and squalor. When Ben steps off the bus and enters the Port Authority terminal—alone, in the middle of the night, carrying everything that matters to him in a backpack—you can feel the grit and grime emanating from the screen. The trash scattered everywhere is so prevalent and tactile, it’s practically a supporting character. But the friendship Ben strikes up with a similarly lonely kid named Jamie (Jaden Michael) provides a warm and welcome contrast.

Pity, then, that the movie’s many sweet individual moments and the increasingly tiresome back-and-forth structure don’t add up to much. A climactic scene that takes place at the Queens Museum’s Panorama of the City of New York—a massive, painstakingly crafted model of the metropolis in miniature—provides a breathtaking sight. But by the time we arrive there (and it takes a loooong time to arrive there), the secrets in store are essentially a foregone conclusion.

Haynes is still using his formidable abilities to explore the universal need for human connection, though— which is a wonderful thing, even in less powerful form. 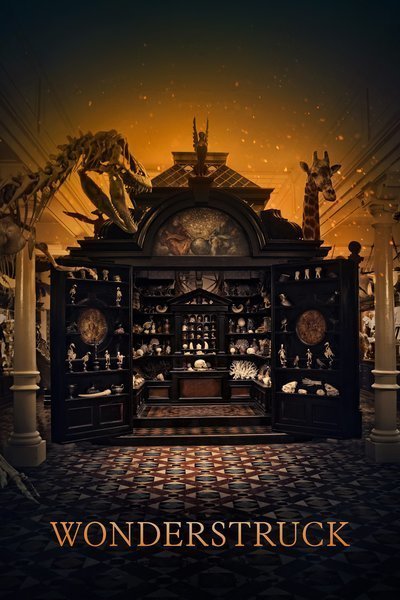