“Winter Brothers” may not be completely successful when all is said and done, but it is certainly a singular film. On the one hand, it never quite works in a conventionally satisfying manner—it is wildly uneven, occasionally obtuse and it never quite seems to have a solid grasp on what it is trying to say. On the other hand, it still manages to register in a number of unusual ways thanks to its haunting visual style, offbeat tone, and its intriguing method to put us into the disintegrating mindset of its central character. The end result may be far from perfect, but it still held my attention all the way through, which is more than can be said for a lot of movies these days.

Set in and around an astonishing inhospitable limestone mine in a remote portion of Eastern Denmark—a location so grim and forbidding that it makes the Antarctic outpost in “The Thing” seem like Bedford Falls by comparison—“Winter Brothers” tells the story of one of the workers toiling away in those brutally harsh conditions, an odd duck named Emil (Elliott Crosset Hove) who seems wildly out of place among the other hard and embittered fellow miners. However, this is not to suggest that Emil is just a misunderstood soul because the film takes pains to show right off the bat that there is something off about him—he does not fit in with his coworkers at all. He also demonstrates a creepy fascination with Anna (Victoria Carmen Sonne), who appears to be the only woman in the area, and she finds him creeping outside the window to her cabin and stealing a pair of her panties. The only person who has any affection for him at all is Johan (Simon Sears), the older and more sensible brother that he lives and works with. The others seem to tolerate him almost only because of the bootleg booze that he brews in his kitchen, helping them take the edge off of their inhumane working conditions.

That illicit hooch, made with chemicals that Emil steals from the storeroom of the mining site, proves to be the catalyst for most of what passes for a story here after a particularly toxic batch lands a co-worker in the hospital on the verge of death. As a result, the other miners shift their attitude towards him from one of bare tolerance to one of complete ostracization (with the occasional rock to the head thrown in for good measure) while the upper echelon let him know that they are onto him as well. Johan seems to be the only one who is still willing to have anything to do with him but even that bond is broken when Emil discovers that he has been sleeping with Anna, precipitating a titanic brawl that also comes close to ending in tragedy. These events cause Emil’s already tenuous grip on reality to further slip away, leaving him alone, angry and confused while spending most of his time practicing with his recently acquired rifle with the help of an ancient British training videocassette.

From a narrative perspective, “Winter Brothers” is fairly slight—my description make it seem far more plot-heavy than it actually is—but it soon becomes evident that conventional storytelling is not really high on Icelandic filmmaker Hlynur Palmason’s to-do list. (He even sets up what appears to be a spot-on depiction of Anton Chekov’s most famous theatrical maxim only to subvert it later on.) Instead, he is more interested in putting us into Emil’s shoes and letting us experience the loneliness and isolation, both literal and metaphorical, that is his daily life. Much of this is conveyed through Maria von Hausswolff’s strikingly atmospheric cinematography that effectively captures both the chilly, grimy and utterly inhospitable atmosphere of the bleak patch of world outside the cave and the nightmarish darkness within it, where flashlight helmets only barely begin to cut through the murk. Adding to this are the contributions of composer Toke Brorson Odin and sound designer Lars Halvorsen, who have combined to create a relentlessly concussive soundscape that is as rough and inhospitable as the setting and which further underlines Emil’s sense of alienation.

Palmason’s relative disinterest in telling a straightforward story leads to some rough patches here and there—the narrative doesn’t quite develop or resolve itself in an entirely satisfactory manner and there are too many times when it regresses into flights of grim fancy while leaving seemingly important elements (such as the character of Anna) maddeningly undeveloped. That said, Palmason is undeniably effective at getting into Emil’s head and allowing viewers to feel some sense of empathy for the initially unsympathetic character—he is so successful in this regard that when the film shifts from his mindset to a more objective perspective (such as during the strong scene in which he is confronted by his boss with his various misdeeds), it comes as a genuine shock. While I may have made this film sound like a dour exercise, it should also be noted that there are moments that are quite funny as well, albeit in the most jet-black manner imaginable.

“Winter Brothers” marks Palmason as a talent to watch, and it may remind some of the early features of David Lynch and Yorgos Lanthimos, in both its technical skill and general disregard for the rules of conventional narrative filmmaking. I admired it—to say I “liked” it doesn’t seem quite right—but it is not necessarily one that I would readily recommend to most moviegoers unless I knew their tastes pretty well. After all, even those who spend far more time at their local arthouse than at the typical multiplex may find it a bit too baffling for its own good at times. But here is a handy tip: If you saw the names David Lynch and Yorgos Lanthimos when I cited them in the beginning of this paragraph and immediately knew which films of theirs I was referring to, you might—might—be the type who would respond positively to this one. 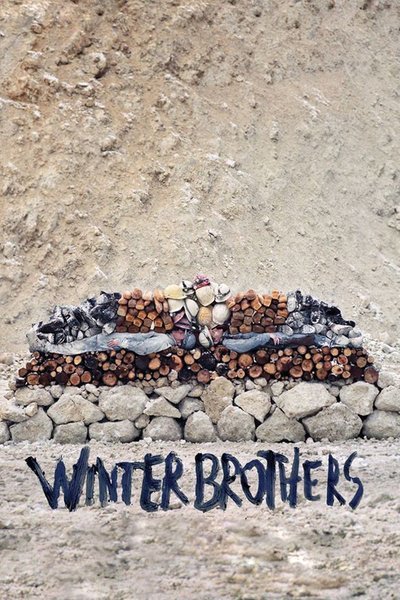