“If I say to you it is my opinion that 9/11 never happened, or that slavery never happened or that Elvis is alive—that’s not an opinion, that’s a lie, even if I insist upon it. What we see today are people taking lies, insisting on them as their opinion and hoping to shape the facts.”

This quote from my 2016 interview with historian Deborah Lipstadt, whose courtroom victory over a Holocaust denier was depicted in Mick Jackson’s “Denial,” has continued to haunt me every time a world leader spouts alternative facts as if they were undisputed truths. I spoke with Lipstadt just one month prior to the election of Donald Trump, a living testament to the manipulative power of falsities. As reported by The Guardian, Trump spent $20 million on Facebook ads for his reelection campaign over 2019 alone, many of which contained xenophobic lies.

Lipstadt is among the numerous talking heads featured in “Viral: Antisemitism in Four Mutations,” the twelfth documentary from Emmy-winning filmmaker and journalist Andrew Goldberg. It could be seen as follow-up of sorts to his hour-long 2007 TV doc, “Anti-Semitism in the 21st Century: The Resurgence,” and though this picture is filled with urgent data, it never quite sheds its small screen aesthetic, cramming a miniseries’ worth of material into an all-too-brisk 83-minute running time. Several individual sequences are effective, yet the lack of nuance in other sections is too troubling to be overlooked.

I suppose it’s a given that such a study would quickly turn repetitious, as each mutation of antisemitism proves to be fueled by the fear and paranoia of a given group. Goldberg is most compelling when he’s on the ground, following subjects as they gradually subvert our expectations. The platform supported by North Carolina House candidate Russell Walker initially sounds progressive—“end the war on drugs, criminal justice reform, etc.”—until he reveals his impassioned belief that God is a white supremacist. Though he lost to an incumbent, the thousands of votes he received are evidence enough that the racism he champions is shared by a large portion of the electorate.

Bookending the film are harrowing sequences recounting the terrorist acts that claimed the lives of 11 people at the Tree of Life synagogue in Pittsburgh and four people at a Kosher supermarket in Paris. Brad Orsini, security director for the Jewish Federation of Greater Pittsburgh, recalls how he trained the synagogue’s rabbi for this sort of attack, urging him to have a cell phone on hand for dialing 9-1-1. We later see a survivor of the supermarket siege, Jean-Marc Slakmon, taking a self-defense course before reliving his trauma at the store. Trump’s wielding of antisemitic slurs anchors the film’s first section focused on the far-right in the U.S., wherein Fareed Zakaria rightly points out that the most important word in the president’s MAGA slogan is “again,” grasping at a past notion of perfection that never existed.

The second and shortest quarter of the picture concerns the anti-immigrant propaganda in Hungary designed to demonize NYC Billionaire and Holocaust survivor, George Soros, by claiming that he intends on flooding the country with refugees. This conspiracy theory, voiced by nationalistic prime minister Viktor Orbán and branded on countless billboards, hinges on prejudicial tropes such as the “laughing Jew,” portraying Soros as a Jewish boogeyman. Just this week, Soros called for Mark Zuckerberg to step down from Facebook in light of the site’s refusal to block blatant propaganda from its ad spaces, another indication of just how up-to-the-minute this film is in its timeliness. What’s ironic is how the third portion of Goldberg’s film, focusing on the far-left in the U.K., essentially does to soon-to-be-former Labour party leader Jeremy Corbyn what Orbán did to Soros—portray him as a dangerous figure with no redeeming value.

Indeed, Corbyn’s failure in rooting out the antisemitism eroding his party, resulting in their recent loss and his subsequent resignation, is inarguable. What’s missing here is any account of the oppression endured by Palestinians—a group Corbyn gained notoriety for supporting—because of Britain’s arms deals to Israel and support of the nationalistic movement known as Zionism. It seems all too fitting to have Tony Blair, whose business-friendly policies Corbyn opposed, among the talking heads deemed by Goldberg as trustworthy. Also included in the round-up of good guys is Bill Clinton, whose wife’s presidential campaign was derailed in part by the rise of fellow Democrat Bernie Sanders, a far-left figure often likened to Corbyn (Trump has noted that Corbyn’s loss bodes well for his desired reelection in November).

Muslims are granted as dangerously reductive an analysis as Palestinians in the film’s final section detailing Islamic radicalism in France. According to talking head Hakim El Karoui, senior fellow at the privately funded think tank Institut Montaigne, approximately 10,000 young French Muslims have the potential of being radicalized and are kept on a list. Nothing is mentioned about how El Karoui has come under fire for suggesting that Muslims must conceal their religious and cultural identity in order to be accepted as members of French society. Abdelghani Merah, author of My Brother, the Terrorist, provides crucial insight into how his sibling became a jihadist, but aside from that, the lack of a nuanced Islamic perspective in this section, combined with the string of antisemitic killings spliced together, is distressing, to say the least. There’s no question that Islamophobia is also on the rise around the globe, and this film—however inadvertently and well-intentioned—plays directly into it.

I have no doubt that there is an important and eye-opening film to be made of this footage, though the subjects it explores require a deeper dive. It also ends without any call to action regarding how antisemitism must be fought moving forward. If you do see Goldberg’s film, I highly suggest you couple your screening with Max Lewkowicz’s 2019 doc “Fiddler: A Miracle of Miracles,” a touching ode to the transcendent power of Jerry Bock and Sheldon Harnick’s timeless musical. By illuminating the humanity and foibles of a Jewish community, “Fiddler on the Roof” cut across all racial, religious and sociological barriers, prompting a diverse array of cultures to embrace the show on their own terms. As Bong Joon-ho observed at the Oscars this month, “The most personal is the most creative.” It is also the most unifying. 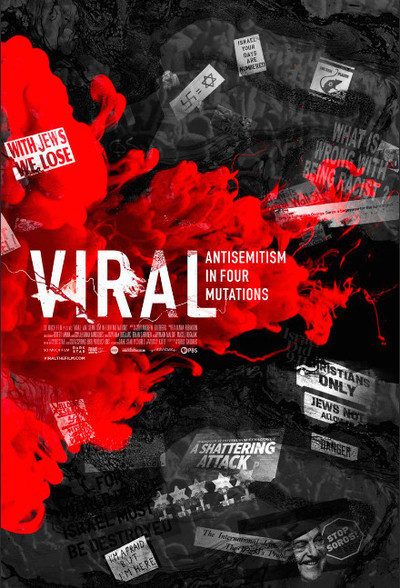