While some filmmakers desire to fill their authorship with resplendent narratives and painstaking characters, director Nathan Silver wants what’s underneath, above, and in-between all that. In his own words from a guest post for Filmmaker Magazine in 2014: “The plots of my movies don’t matter - I want what’s in the air …I can only make movies about air, really.” Depending on what you expect from a film, that’s either the declaration of a wild man with a movie camera, or something that rings with the same nothingness as a Ziploc bag filled with air from a Kanye West show. Nonetheless, Silver’s latest film “Uncertain Terms” finds some substance within its ideology of evaporated ambitions, though there’s plenty of empty space in which the film is still able to limit itself.

Based on a story co-written with Chloe Domont and cinematographer Cody Stokes, “Uncertain Terms” is the low-fi observance of a person looking for a type of home in an atypical domestic scenario, a set-up that has intrigued Silver in previous 70-minute features “Exit Elena” (2012) and 2013’s “Soft in the Head.” In this tale, the misplaced focal character is Robbie (played by David Dahlbom, cinematographer of “Exit Elena”), who ventures to the house belonging to his aunt Carla (played by Cindy Silver, mother of Nathan), which is a shelter for pregnant teens. While serving as low-key handyman for the property, Robbie tries to clear his head of his recent marital trauma. His wife, Mona, cheated on him. Haunting him through a barrage of texts and voicemails, she desperately wants him back.

While embroiled in this angst, Robbie begins to particularly enjoy the warming company of Nina, one of the shelter’s guests who has relationship issues of her own. Her boyfriend Chase (Casey Drogin) is a directionless dum-dum, who only confirms Nina’s uncertain future as to how she’ll take care of her newborn, and with whose support. Robbie and Nina’s brief interactions, friendly but intimate, incites jealousy in fellow teen Jean (Tallie Medel), who showed initial interest in Robbie despite his polite deflections.

Though glacially paced, “Uncertain Terms” benefits from its sense of stakes, in which it finds characters right before their lives are about to completely change—maybe Robbie and Nina will be able to do so together. The shared emotional angst of a cheated husband doesn’t compute equally with the encompassing stress of an unwanted teen pregnancy, but that’s a hooking character flaw of self-righteousness within Dahlbom’s Robbie that makes him most interesting. Though he’s trying to pull everything together, he’s hit a peak of recklessness, projecting upon a young woman who has plenty of her own personal business to deal with. In “Uncertain Terms"' unique brand of bizarre, this is some finite poetry about that self-destructive period in the aftermath of a relationship’s implosion.

Silver’s filmmaking has always been quite the haven for naturalistic performances, this time expressing the promise of female leads Menuez and Medel. What’s bothersome about “Uncertain Terms” is how the other women in the shelter are treated, especially with the story’s openly economical sense about soaking in its environment. Aside from the aforementioned two, the other young women in the shelter are walking back-stories more than they are characters, used for scenes of sharing their unintended pregnancies more than glimpses of who they are as flesh-and-blood beings. The film’s admirable intentions to provide a non-taboo presentation of pregnant teens without the protective quirk of 2007’s “Juno” or the tidy religiosity of 2014’s “Gimme Shelter” are nearly undone by editing that takes away their personality. A lining issue in his authorship, Silver’s interests in the reflexes within intimate interaction are often too stubborn to find truth beyond such reenactments of real life.

Still, this film has a narrative feat that can’t go overlooked, one that’s certainly better executed than the Bradley Cooper-Emma Stone pairing in Cameron Crowe’s recent “Aloha.” Silver’s “Uncertain Terms” is able to fully bond two characters with a vivid, kind-of inappropriate relationship that’s hard to wrap one’s head around when first billowing, but becomes validated once denouement proclamations show it to be of sincere desperation. The gut-feeling power within Robbie and Nina’s unique connection can be felt in a scene in which he confides in her his perspective on falling in love young; how you’ve got to grow together with someone and you grow yourself, and change yourself to fit this other person. If that’s taken away, it’s even harder to start over. It’s a moment that shows a distinct grasp of filmmaking mojo (even if concludes with Silver’s emblematic shrugging cynicism). It also declares that Silver’s perspective is not so much a definitive answer to truth in storytelling, but a miss-miss-hit tactic in which desires of precision are voided for the breaths that will undoubtedly have more matter than than others. Contrary to Silver’s airy aspirations, it nudges towards the idea that film is more about what we can take away from the atmospheres in which directors place us. 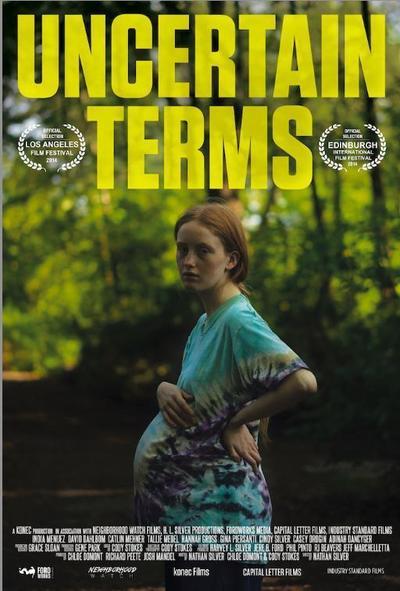