Early in his career, a studio executive was heard to say of the director Doug Liman that he was the sort of person who, when asked what time it was, would take a wristwatch, disassemble it, explain its working parts and their function to you, and reassemble it, finally apprising you of the time via the result of his exertions. Such an engine-nerd quality might not be desirable when you’re trying to negotiate a budget, but face it, it’s pretty exemplary when you want a movie like “The Bourne Identity” or “Edge of Tomorrow” to emerge as sleekly constructed thrill machines. And so those Liman-directed movies are good stuff.

His new picture, “The Wall,” sounds like a formal challenge that would be right up Liman’s inventive alley. It’s a three-character story, set in 2007, just as the war in Iraq has been pronounced officially over. Two American soldiers, a gunman and his lookout, are looking at the scene of a slaughter. Near the site of an under-construction pipeline, about ten Western “contractors” lie dead. Surveying the scene, the lookout man notes that they’ve all got head wounds. They were killed by a “pro,” he reckons. The gunman isn’t so sure. He removes his camo—they’ve been out on this mission for almost 20 hours with no action—and heads down from their perch to get a closer look at the carnage. And soon enough, he’s hit. Down but not dead. His lookout comes down—the two have got some history, including a bond with a downed comrade from the past—and tries to help. And the bullets start flying again. The only shelter from the barrage are the crumbling remnants of a brick wall—hence the title. And it’s from behind that wall that much of the subsequent action takes place.

These seem like the ingredients for a minimalist nail-biter, and before the first shot is fired, “The Wall” builds some solid suspense. Pro wrestler and all-around amiable media personality John Cena plays the gunner Matthews, while British actor Aaron Taylor-Johnson, following up from last year’s “Nocturnal Animals,” here avails himself once again of the opportunity to portray an American redneck, albeit one of the thrifty, clean, brave and relatively reverent sort. Actually his character, Isaac, is not terribly clean here. Where “The Wall” excels is in the creation of an extra-untantalizing desert atmosphere. The dust is practically inhalable, the sunlight glaring, and the characters grow ever more sand-gritted with each mishap. Lack of water and massive leg wounds are bad enough without the sniper still being out there.

And a clever sniper he turns out to be—he turns up on Isaac’s radio feed, impersonating an American officer, trying to trick Isaac into giving his exact location, the better to pick him off. It’s with the introduction of the unseen enemy that “The Wall” begins to go badly wrong. Once unmasked, the sniper says he wants to converse with Isaac, get to know him; when Isaac profanely balks, he threatens to shoot the face off Isaac’s downed colleague. He’s a troubled but voluble fellow, this sniper, and soon his talk turns to his motivation—an eye for an eye, he claims. The wall, he informs Isaac, used to be part of a schoolhouse. Ah—an “oh the humanity” metaphor. The ironies mount as the sniper quotes the poetry of Edgar Allan Poe to Isaac. That’s pretty profound, that the Iraqi knows more about classic American literature than the American. At this point you can actually feel screenwriter Dwain Worrell (a staff writer on the not-particularly beloved Marvel/Netflix series “Iron Fist,” whaddya know) and Liman nudging you in the ribs. I felt like nudging them back, because, yeah, I, too, thought the Iraq War was a pretty bad idea but it wasn’t really my call. And I didn’t vote for the guys who did think it was a good idea, so what are you lecturing me for?

The posturing leads to an ending that’s unsatisfying even on the level of pessimism it aspires to. As for what Liman does with the rest, well, he avoids certain sins of commission—he lets the setting and the action do the talking, eschewing music entirely until the end credits—but doesn’t provide much in the way of added value. The only satisfying thing about the movie for me was that it answered the question “Can John Cena really act?” with a confident but not too showy “Sure.” 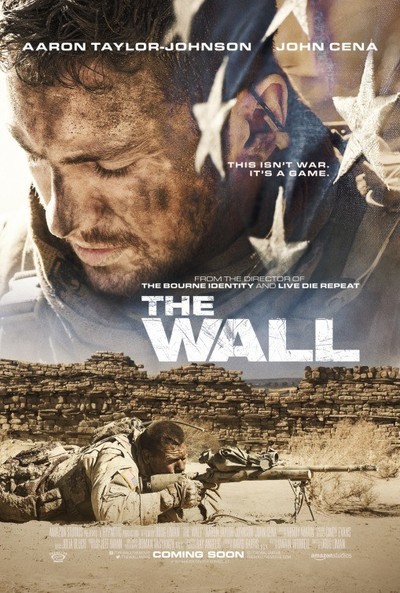 Rated R for language throughout and some war violence.