I like Cameron Diaz. I just plain like her. She's able to convey bubble-brained zaniness about as well as anyone in the movies right now, and then she can switch gears and give you a scary dramatic performance in something like "Vanilla Sky." She's a beauty, but apparently without vanity; how else to account for her appearance in "Being John Malkovich," or her adventures in "There's Something About Mary"? I don't think she gets halfway enough praise for her talent.

Consider her in "The Sweetest Thing." This is not a good movie. It's deep-sixed by a compulsion to catalog every bodily fluids gag in "There's Something About Mary" and devise a parallel clone-gag. It knows the words but not the music; while the Farrelly brothers got away with murder, "The Sweetest Thing" commits suicide.

And yet there were whole long stretches of it when I didn't much care how bad it was--at least, I wasn't brooding in anger about the film--because Cameron Diaz and her co-stars had thrown themselves into it with such heedless abandon. They don't walk the plank, they tap dance.

The movie is about three girls who just wanna have fun. They hang out in clubs, they troll for cute guys, they dress like Maxim cover girls, they study paperback best-sellers on the rules of relationships, and frequently (this comes as no surprise), they end up weeping in one other's arms. Diaz's running-mates, played by Christina Applegate and Selma Blair, are pals and confidantes, and a crisis for one is a crisis for all.

The movie's romance involves Diaz meeting Thomas Jane in a dance club; the chemistry is right but he doesn't quite accurately convey that the wedding he is attending on the weekend is his own. This leads to Diaz's ill-fated expedition into the wedding chapel, many misunderstandings, and the kind of Idiot Plot dialogue in which all problems could be instantly solved if the characters were not studiously avoiding stating the obvious.

The plot is merely the excuse, however, for an astonishing array of sex and body-plumbing jokes, nearly all of which dream of hitting a home run like "There's Something About Mary," but do not. Consider "Mary's" scene where Diaz has what she thinks is gel in her hair. Funny--because she doesn't know what it really is, and we do. Now consider the scene in this movie where the girls go into a men's room and do not understand that in a men's room a hole in the wall is almost never merely an architectural detail. The pay-off is sad, sticky, and depressing.

Or consider a scene where one of the roommates gets "stuck" while performing oral sex. This is intended as a ripoff of the "franks and beans" scene in "Mary," but gets it all wrong. You simply cannot (I am pretty sure about this) get stuck in the way the movie suggests--no, not even if you've got piercings. More to the point, in "Mary" the victim is unseen, and we picture his dilemma. In "Sweetest Thing," the dilemma is seen, sort of (careful framing preserves the R rating), and the image isn't funny. Then we get several dozen neighbors, all singing to inspire the girl to extricate herself; this might have looked good on the page, but it just plain doesn't work, especially not when embellished with the sobbing cop on the doorstep, the gay cop, and other flat notes.

More details. Sometimes it is funny when people do not know they may be consuming semen (as in "American Pie") and sometimes it is not, as in the scene at the dry cleaners in this movie. How can you laugh when what you really want to do is hurl? And what about the scene in the ladies' room, where the other girls are curious about Applegate's boobs and she tells them she paid for them and invites them to have a feel, and they do, like shoppers at Kmart? Again, a funny concept. Again, destroyed by bad timing, bad framing and overkill. Because the director, Roger Kumble, doesn't know how to set it up and pay it off with surgical precision, he simply has women pawing Applegate while the scene dies. An unfunny scene only grows worse by pounding in the concept as if we didn't get it.

So, as I say, I like Cameron Diaz. I like everyone in this movie (I must not neglect the invaluable Parker Posey, as a terrified bride). I like their energy. I like their willingness. I like the opening shot when Diaz comes sashaying up a San Francisco hill like a dancer from "In Living Color" who thinks she's still on the air. I like her mobile, comic face--she's smart in the way she plays dumb. But the movie I cannot like, because the movie doesn't know how to be liked. It doesn't even know how to be a movie. 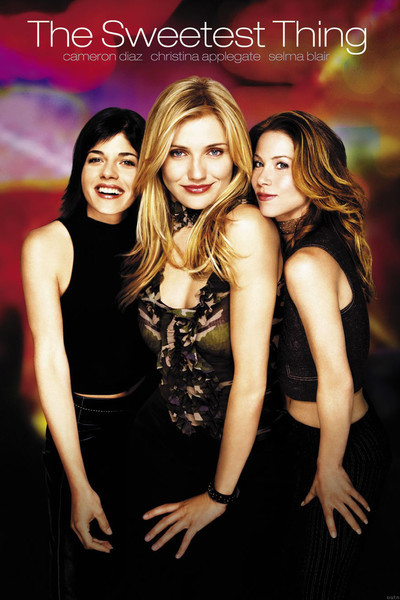