Monsters are real. As difficult as this may be in increasingly hostile times for the political conversation, even those who voted for Donald Trump have to realize and recognize that this man gave voice to and galvanized a monstrous portion of our electorate—like the men who yelled at women wearing hijabs in New York City streets or other reports of hate crimes linked to people shouting the President-elect's name. Our hope is that he will shout down that evil part of the electorate. But ignoring email controversies against Clinton and fraud allegations against Trump and other political hot buttons, these hateful people are monsters. And they are not the product of Hollywood. And so a film like Bryan Bertino’s “The Monster,” featuring a fantastic and fearless performance from Zoe Kazan, feels oddly timely. It is about a mother and daughter fighting for their lives against a phallic monster in the middle of the night. Horror often addresses the fears of our country—who knew one like this would be so prescient and come along so quickly?

Kazan plays Kathy, an addict and a mother. I put those words in that order on purpose. Kathy’s addiction has defined her life, and ruined the bond between her and her child Lizzy (Ella Ballentine). Largely through flashbacks, we see a harrowing depiction of what addiction can do to even something as primal as the bond between a mother and child. In one of writer/director Bryan Bertino’s most daring moves, he's willing to portray Kathy as an awful human being. This not a mere Hollywood representation of a mediocre mother. Kathy has done horrible things to her child, and she’s not only willing to admit that but essentially recognizes that giving up custody of her child to the birth father is a bed she made and now must lie in.

And so, in the middle of the night, Kathy drives Lizzy to a new life, one without her mother. Everything changes when they hit a wolf in the middle of the road, causing enough damage to their car that they can’t proceed. After calling for a mechanic and an ambulance, Lizzy notices that there’s something unusual about the wolf carcass in the middle of the rain-drenched road—it looks like it was fighting something. Something big. Before you know it, we’re seeing something large and terrifying in the background. And then the poor, doomed mechanic shows up.

What’s living in these woods is a terrifying creature—something that almost looks like a blend of Giger’s design from “Alien” with something more hideously masculine and phallic. Kathy and Lizzy have to hide in their broken vehicle, hoping for some assistance to come but nervous that they won’t survive long enough for it to arrive. And then Kathy realizes she’ll have to take action to save her daughter.

Of course, it’s not hard to read the symbolism of the monster in the woods that the addict has to defeat to protect her child. Some have come down on the film for being too openly obvious in its parallels, but great horror is often deeply symbolic of real-life fears and traumas. Think about how the creature in “The Babadook” reflects on motherhood or what how the unseen evil of “It Follows” functions says about sexuality. Yes, “The Monster” here is a manifestation of the true evil within Kathy’s addiction, but the idea that we’ll have to face down monsters in the real world that have sprung not from fiction but from human divisions feels even more believable today than it did a week ago.

The reason that “The Monster” works is because of how much Kazan’s performance captures the truth of the moment in which Kathy struggles. Kazan doesn’t play the symbolism of the piece. She plays a mother fighting for the life of her child and herself. It’s a committed, fearless performance in how it never betrays the reality of her dilemma. It’s not a typical performance from Kazan, but it’s a great one.

I’m sure some people out there who supported our new President and what he represents to so many people don’t understand bringing “politics” into a film review, but even they must recognize that the world has changed, whether they think it’s for better or worse. And film and art are going to help define how we address this change and adapt to a new society. This film, like so many others, is about survival. For many this week, that word has new meaning, whether you agree with your neighbor’s political views or not. It is something that unites us all—a will to survive and fight our own monsters when they surface in the middle of the night. And right now, a story of overcoming human demons within to face a real nightmare outside us seems like something we could all use. 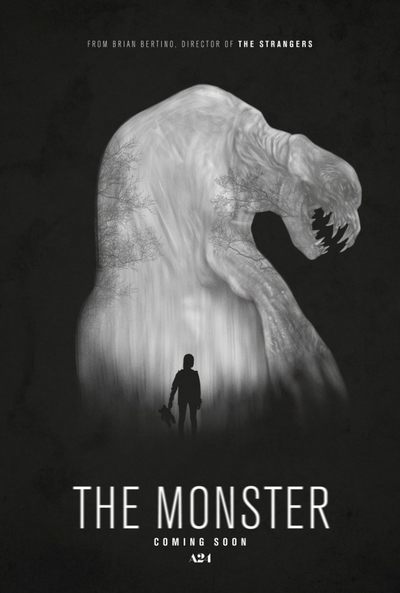 Rated R for language and some violence/terror.