The Mirror Has Two Faces

Barbra Streisand's new film “The Mirror Has Two Faces” approaches the subject of marriage warily and with wit, like a George Bernard Shaw play; two articulate people talk circles around love for two acts before falling exhausted before the biological imperative in the third. Streisand plays Rose, a professor of literature who has more or less given up on her marriage prospects, when she meets Gregory (Jeff Bridges), a man she really likes. He really likes her, too. The key words here are “really likes,” which are not the same as “really loves.” Rose, 40ish in the movie, is in the dumps because of the marriage of her sister (Mimi Rogers) to a handsome new husband (Pierce Brosnan). Rose's own dating circle seems to be limited to a nerd with an infectious grin (Austin Pendleton). Her sister, in desperation, answers a lonely-hearts ad, and Rose and Gregory find themselves out on a date together.

Gregory is the kind of man who believes he cannot function well if he's in love. In an awkward and unconvincing early scene, he is giving a talk on mathematical theory when he spots his ex-wife in the audience, falters, blathers, and flees from the stage. Desperate, he calls a phone sex line (for advice, not sex) and that leads to his lonely-hearts ad and the big first date with Rose, at which he exclaims “beautiful!” as he looks at the sound waves on an oscilloscope while attending a concert.

Later, they discuss prime numbers. He is amazed by how smart she is. She is amazed by how much she is attracted to him. So attracted that when he proposes marriage she agrees to his terms: No sex, no physical affection, just “a meeting of two minds”--respect and friendship and none of that messy stuff to get in the way. This works for a while, until she gets carried away and puts on a sexy nightgown, and he locks himself in the bathroom.

The screenplay, by Richard LaGravenese, based on an earlier French film, is like a Shaw play--”Pygmalion,” in fact, except that this Higgins has nothing to teach his Eliza, and she has everything to teach him. It's rare to find a film that deals intelligently with issues of sex and love, instead of just assuming that everyone on the screen and in the audience shares the same popular culture assumptions.

It's rare, too, to find such verbal characters in a movie, and listening to them talk is one of the pleasures of “The Mirror Has Two Faces.” There is a wonderful scene in which Rose and her mother (Lauren Bacall) discuss beauty. We see a photograph of Bacall at about the age of 20, and we see Bacall now, beautiful in a different way, but old, and the daughter asks, “How did it feel? Being beautiful?” “It was wonderful,” her mother says, and we get the eerie and magical sense that we are hearing Streisand and Bacall discussing this. The mother then produces a photo of a cute baby, which Streisand assumes is of her sister. But it's a picture of herself. “You were such a beautiful baby,” the mother says, and Rose says, “Thanks for showing me this picture, mom.” It is a great scene.

It leads to a dependable movie cliché, in which Rose transforms herself through exercise, wardrobe and makeup, into a beauty. Gregory has left after the awkward sex showdown, but now he wants to come back, and she thinks maybe she can seduce him. Transformation scenes are standard in the movies, but this one pays off in an unexpected way, leading to a payoff the movie works hard for, and earns.

Some quibbles. Where is Streisand's family from? Streisand speaks with her usual New York accent, Bacall sounds mid-Atlantic, and Mimi Rogers sounds WASP as the sister. And although the Streisand character is articulate and intelligent in most scenes, her intelligence level falters in the key scene intended to establish it, as she lectures her Columbia lit students. She comes across more like an inspirational after-dinner speaker with a standup comic's style than like a literature professor; in today's better schools, the students would quickly pass the word that she was a lightweight showboat.

On balance, though, this is a moving and challenging movie, fascinated by the murky depths that separate what people want from what they say they want and what they think they should want. 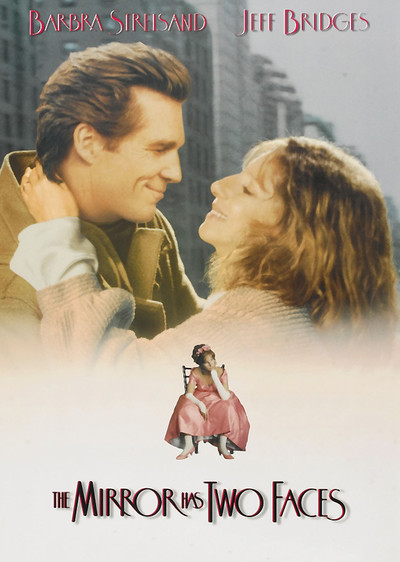 Rated PG-13 For Language, Sensuality and Some Mature Thematic Material