“The Last Man” is a thoroughly unpleasant experience from start to finish, and not even in an artful way. It is relentlessly bleak, smothered in more shades of gray than kinky Christian ever could have conjured and photographed with an oppressive sameness.

As a futuristic piece of film noir, Argentinean writer-director Rodrigo H. Vila’s movie is more annoying than profound, and much of that is because of star Hayden Christensen’s overbearing narration. Sure, it’s a genre device, having the hardened anti-hero explain to viewers what he’s thinking and feeling as he navigates a perilous world. But Christensen’s sullen Kurt, a combat veteran suffering from PTSD, offers an inordinate amount of monotonous exposition. And it is so dull – so very, very dull.

Brooding behind his bushy lumberjack beard, Kurt struggles to survive in an urban hellscape – a place where, in a mere 30 days, “environmental disasters and a global economic fallout sent everything into chaos,” he explains. However, as he also explains while we see him vomiting into the sink in a dingy bathroom, “Surviving is something I’ve always been pretty good at. But I don’t know how much more of this I can take.”

Thankfully, a street preacher named Noe (Harvey Keitel, given one note to play) has a prophecy that the world is going to end soon in the form of an apocalyptic electrical storm. “We are the cancer!” he proclaims, dressed in a cloak and standing on a pedestal, surrounded by graffiti and decaying high-rises under a blanket of ominous clouds. Is he just a wacky conspiracy theorist, or could he actually be onto something?

Not wanting to take any chances, Kurt begins building a bunker beneath his cramped, trashed apartment. But he needs money for equipment and supplies, so he takes a job at a shady security firm, where he soon begins an ill-advised romance with the boss’ daughter, Jessica (Liz Solari). The sultry redhead is your standard-issue femme fatale: a beautiful, lonely woman in need of rescue. When Kurt comments on the circular pendant she’s wearing, for example, she answers that she likes circles because they’re hollow and represent how empty she feels. This is the level of snappy repartee you can expect from “The Last Man.” Even the sex scene is boring.

But Kurt has another companion in Johnny (Justin Kelly), the best friend he lost in horrific fashion during the war, who has returned in ghost form to function as Kurt’s sounding board and an uncomfortable source of comic relief. (The ordinarily charismatic Omari Hardwick was stuck performing in a similar capacity in the recent drama “Sgt. Will Gardner.”) As if it weren’t bad enough that he’s dead and trapped wandering this dystopian wasteland, Johnny is also saddled with clunky monologues to explain more stuff to us, including Kurt’s backstory. It is not the most elegant screenplay.

Still, even when the tale takes a bit of a turn in terms of location and lighting – and makes us wonder whether all of this is a hallucination or perhaps the result of some intriguing twist – it remains a drag tonally. Christensen’s repetitive narration continues banging us over the head with obvious observations, spelling out what we can see for ourselves.

“I feel like the end is nearly upon us.” If only – there was still about an hour left at this point.

“It just feels like the same fire and blood and death.” Wait a minute, how does he know what I’m thinking? Maybe these characters do have psychic abilities after all. 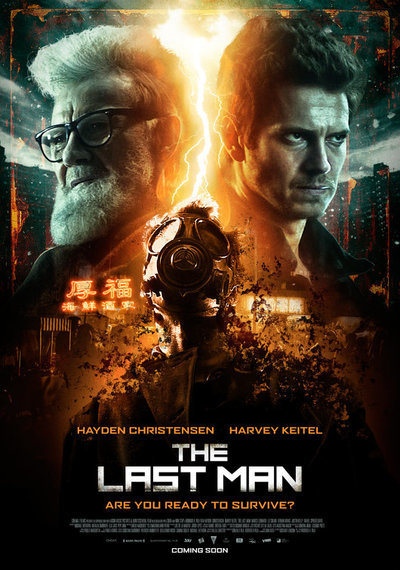 Rated R for language throughout, violence and some sexuality/nudity.