Tomasz (Maciej Musialowski) has what could politely be called gray ethical boundaries. He’s introduced facing down the faculty at the law school he attends, who have caught him plagiarizing and are expelling him. In the next scene, he visits old family friends who have been helping pay for law school, and not only does he not inform them of his expulsion, but he “accidentally” leaves his phone there and sets it so he can listen to what they say about him when he leaves. They think he’s creepy. They’re not wrong. However, one of the fascinating things about Jan Komasa’s “The Hater,” is trying to figure out if the filmmaker agrees, and what exactly we’re supposed to take away from this tale of a modern Travis Bickle or Patrick Bateman who channels his sociopathic behavior into a place designed to enhance it: Facebook. Is Tomasz an opportunist scumbag or a victim of an online culture that has destroyed decency? Could he be both?

Like Mr. Bickle, much of Tomasz’s behavior is amplified by a crush—this one on an old childhood friend named Gabi (Vanessa Aleksander), who first seems to want nothing to do with him but gets closer as he becomes more successful at one of those mysterious tech companies that exist to influence social media. Tomasz becomes a breakout star after initiating an online smear campaign against a health guru, suggesting her product turns your hand yellow. He’s promoted to the real deal—the increasingly hateful and fearmongering world of online political discourse, where he amplifies a smear campaign, using racism, xenophobia, and homophobia as not just tools of division but ways to get ahead.

Tomasz seems to honestly enjoy pushing from both sides of the campaign of Pawel Rudnicki (Maciej Stuhr), like when he schedules both a pro-candidate march and a protest against Rudnicki via Facebook, hoping violence ensues in the middle. When Gabi’s parents, who are big Rudnicki supporters, push Tomasz out of their life in a way that crushes him and kills his chances for love, he makes it his mission to take Rudnicki down, sending the film on a spiral to inevitable bloodshed.

The online fomentation of hate and fear has been and will continue to be a major subject matter for filmmakers around the world. Komasa, who made waves earlier this year with “Corpus Christi,” and won an International Award for this film at the virtual Tribeca 2020, has a better grasp on some of it than a lot of filmmakers who too often break these tales down to “Internet Bad.” He’s ultimately telling a densely plotted story, one that connects dots from plagiarism to Facebook stalking to actual violence. There are times when it feels like Komasa and screenwriter Mateusz Pacewicz have bitten off a bit more than they can chew—they don’t seem to really know how young people talk and no one involved seems to have played an MMORPG, which is how Tomasz recruits a soldier to his cause in an uncharacteristically false scene—but there’s an ambitious drive to “The Hater” that keeps it humming through its long running time. Some of it may not be completely believable, but it’s certainly never boring—Komasa even finds a way to defy a common visual issue in similar movies, in which characters appear stuck staring at phone and computer screens for most of the film.

The real discussion around “The Hater”—if there is any for a movie that Netflix is dumping quietly on a Wednesday—will be around how we’re supposed to feel about Tomasz. Anti-heroes can be exhausting, and it can be tough to spend this much time with someone as selfish and loathsome as Tomasz. However, every time it feels like Komasa and Pacewicz edge too close to sympathy for their modern monster, Tomasz does something that reveals those feelings to be unearned and undesired by the filmmakers. And it’s that give and take that makes “The Hater” interesting. We’ve all felt the sting of failure and the hurt of unrequited love, but even with more and more avenues to do so, there aren’t many people who would dare take those pains and weaponize them against the world. At least we can hope so. 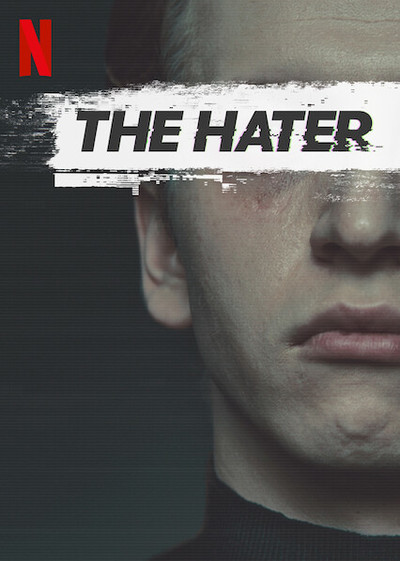