A woman with a traumatic past, all alone in a house seemingly designed to amplify her anxieties and fears, beset by men who either don’t believe her or are dead-set on driving her mad? You’d be forgiven for watching the opening setup of HBO Max’s “The Girl Before” and feeling like you’ve been here before. Maybe it’s the Hitchcockian setup of a man exerting psychological control over a woman in order to replicate a past relationship, like in “Vertigo” or “Rebecca.” Maybe it’s the airport-thriller intrigue of a woman solving a murder mystery within the confines of her home, like “The Girl on the Train” or “The Woman in the Window” (or, as we saw all too recently, “The Woman in the House Across the Street From the Girl in the Window”). “The Girl Before” taps into all of these conventions and anxieties (and more), but despite strong performances and some stylish direction, it can’t quite stick the landing.

Adapted by J.P. Delaney from his own novel, the four-part miniseries (which aired on BBC One late last year) toggles between two distinct timelines, set three years apart and centered on two Black women: Jane (Gugu Mbatha-Raw) and Emma (Jessica Plummer), both reeling from respective traumas that leave them looking for a new start. That opportunity seems to come in the form of an elegantly-designed, minimalist smart home created by mercurial architect Edward (David Oyelowo), who lets them stay there at affordable rents if they adhere to a couple hundred strict rules (no shoes, no smoking, no objects on the floor, etc.) and regular inspections to make sure the rules are being followed. Sure, it’s predatory, but what landlord/tenant relationship ain’t?

As we watch Jane, recovering from the stillborn death of her young daughter, settle into the home, “Killing Eve” director Lisa Brühlmann also glides us three years into the past, watching Emma go through the same thing (she’s traumatized from a burglary at their previous home, which boyfriend Simon [Ben Hardy] was unable to stop). The house is beautiful, but foreboding: the virtual assistant, just called “Housekeeper,” is helpful but ever-watchful, and constantly quizzes its tenants with agree/disagree questionnaires. Floor-to-ceiling glass makes the place look clean, but also opens you up to observation. A floating concrete staircase, not a banister in sight, feels like a nightmare for building codes (or slip ‘n falls).

The parallelism between Jane and Emma’s story is, of course, the point: while separated by time and, we quickly learn, death (Emma died in that apartment three years before Jane took the place), the two women follow eerily similar paths. Both are Black women of similar height and features, carrying a resemblance that becomes ever more purposeful as they both enter into dangerous relationships with Edward—himself compensating for the loss of a loved one in his own highly-controlling way. Is that why Emma died three years ago?, wonders Jane (as do we).

The phrase “repetition compulsion” is uttered by a therapist to Jane at one point to explain Edward’s infatuation with both her and Emma, and it’s not hard to see that as “The Girl Before”’s greatest strength, and its greatest weakness. On the one hand, Edward’s apparent predilection for only accepting tenants who look like the spitting image of his late wife, only to enter into relationships with them, brings new shades to the series’ obsession with the strictures male-dominated worlds impose on women, particularly Black women. But in practice, it also leads to a lot of repetitive back and forth, especially in the middle acts, as we watch the same ominous neo-noir scenes we’ve seen a dozen times before, only in stereo.

The style and the performances help with this: Mbatha-Raw, who’s long established herself as a fantastic actress whose roles don’t often make use of her talents (see: “The Morning Show”), lends a world-weary wiliness to Jane that punctures her fog of grief often enough to feel fresh. Oyelowo is suitably intense and calculated, effortlessly toeing the line between fussy creator unhealthily dealing with loss and full-blown psychopath.

But it’s Plummer, who was new to me, who was the biggest surprise of the ensemble, her Emma a much more volatile and brittle presence than the more calm, collected Jane (and more interesting for the tradeoff). Compounding her trauma of the burglary is the sudden, indelicate revelation that she was orally raped in the encounter, with Plummer expertly playing the hairy mix of anguish and shame that follows.

It’s a shame, then, that “The Girl Before” wastes such fine performers and stylish direction on a script that could use some of Edward’s fastidious design principles. Suspension of disbelief is required for works like these, but the very premise raises so many red flags that even Amy Dunne would tell Emma and Jane to get out of the house at first glance. The smart house gimmick feels like it should go somewhere interesting (it’s hardly any more privacy than afforded you by your iPhone, argues Edward, ignoring that at least those companies tell us they’re watching us that closely), but offers little outside a thin veneer of paranoia and a couple of near-miss malfunctions.

What’s more, “The Girl Before” is a show deeply concerned with the many ways men fail women—whether lover, coworker, stranger, or system—but it approaches that issue from so many angles that it can’t address any of them in any real depth. By the time you learn Emma’s real fate, and what dangers might lay in store for Jane, it can’t help but feel too tidy for the messy reality these women experience. Rather than giving us women who might shake off the shackles society has set up for them, both Emma and Jane are inert protagonists whom the plot sort of happens around.

It’s a bummer to watch a miniseries squander its potential to use such talented performers in interesting ways. But “The Girl Before” is content to lean on its twin-timeline premise and a cool-looking house and fails to do anything interesting with either. 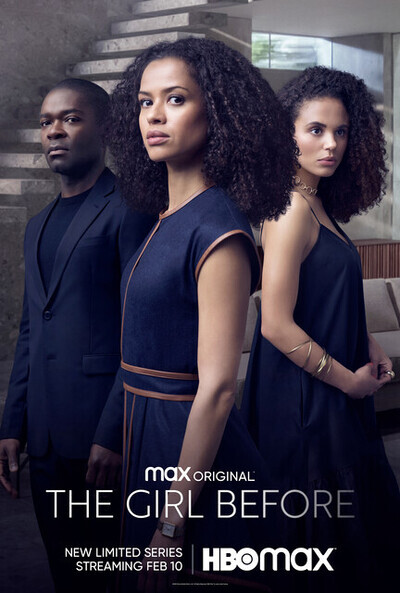