Getting booed at Cannes isn't always the disastrous omen it would appear to be. When you look back at all the films that have sent the crowd at the world's biggest film festival into angry hysterics and notice that its full of arthouse classics like David Cronenberg's "Crash", "Taxi Driver", "Twin Peaks: Fire Walk With Me" and "L'Avventura", the booing starts to look like a kind of crooked honor. An audience rejecting your work might be a sign that you've hit a nerve and produced something they can't process.

"The Captive", the latest from eclectic Canadian auteur Atom Egoyan, took a royal beating at the French festival earlier this year mere weeks after the premiere of his critically reviled Memphis Three docudrama "Devil's Knot". The fact that he's been getting mediocre reviews for fourteen years might be proof that a director who once set the world on fire had lost his touch. It's equally possible that his experimentation in a popular form is an affront to his reputation as an iconoclast and what he appeared to stand for during his years in the spotlight. The truth is that Egoyan's the same director he's always been, just as in love with jagged edges and bizarre turns as ever. "The Captive" may appear to bite off a little more than it can chew but it's one of the most satisfyingly baroque thrillers of the year, and thanks to a perfectly judged performance by Ryan Reynolds, it's quietly heartbreaking, too.

Though Egoyan's signature fragmented chronology keeps the plot at bay for a while, we eventually learn that a young couple (Reynolds and "The Killing's" Mireille Enos) have split in the wake of the kidnapping of their daughter. Enos decided to resign herself to live without Cassandra (who's played by Alexia Fast when we meet her) but Reynolds refuses to believe she's dead. Turns out his instincts are correct. Cassandra has been held prisoner for many years by the most effete psychopath outside of a Bond film (Kevin Durand) who long ago traded whatever sexual excitement he used to get out of the young girl for the voyeuristic kick of keeping tabs on her parents and reminding them of their loss. Still with me? There's also a sex crime unit lead by Rosario Dawson and Scott Speedman dedicated to tracking down perverts on the internet and a shady developer played by Bruce Greenwood. That's a little more plot than this film can sell as, like the best Egoyan films, it's primarily about grief and observation.

What appears to have happened is that the director took a good, long look at the way we process information and communicate with each other in 2014 and was horrified by what he found. Intimacy, safety and order have all lost their meaning in an age where voyeurism is part of everyday life. "The Captive" takes this to a slightly cartoonish extreme in the form of Durand's mustache-twirling villain, but Egoyan is onto something. 24 hour access to pornography and violent video content, to say nothing of the contents of other people's lives via Facebook, Instagram and Twitter, has congealed into a kind of societal numbness. What do you do when you get bored of everything? Start playing god and treating other people like characters in a story you're writing. The danger is not knowing how to end it. If that sounds an awful lot like filmmaking, that's for a reason. Egoyan's shaggy storytelling starts to look a little more purposeful in light of that. After all, he knew how he wanted "The Captive" to end.

Divorced of the mind games and subtext, "The Captive" has myriad pleasures. The cinematography is truly lovely, filled with compositions and movements at once soft and angular, recalling not only Egoyan's masterpiece, "The Sweet Hereafter," but also directors like Michael Haneke and Ulrich Seidl. The sound design is stellar, selling the difference between the hermetically sealed world of the film's cruel demigods and the rough-hewn reality of their victims more convincingly than the production design. The performances are all fine, but a few stand out. It's great to see Speedman playing an impulsive jerk with no back story for once rather than his typically conflicted nice guy. Enos, the Jessica Chastain of B-Movies, wears her mix of anger, despair and hollow optimism extremely well. But the MVP is Ryan Reynolds. You hardly notice him at first, hidden behind a beard and dirty blue-collar uniform. This is maybe the most committed and ego-less he's ever been and just because he's low-key doesn't mean he shrinks before the demands of the character. Roughly midway through the movie Enos calls to lash out at him (revealing why is a bit of a spoiler), and a decade of pent-up emotions creep across his expression. Being able to convincingly portray someone who has never allowed himself to express emotion is no mean feat, and it's during that phone call that the depth of his achievement becomes clear. Guilt, fear, sadness, anger and helplessness rush into his eyes and threaten to spill out, but something keeps them at bay. It could be his inability to comprehend what Enos is going through, or the fact that in order for him to believe her, he would have to accept that their daughter is gone for good. It's enough to make you wish the film were just about him, but tightening the focus would mean denying us Egoyan's most satisfying puzzle in over a decade. 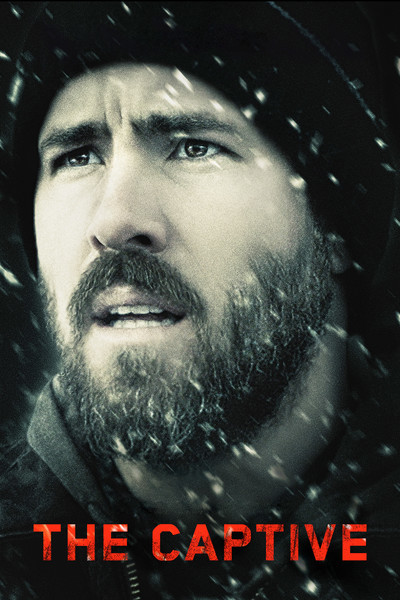