The first one was "Porky's." It went through the roof at the box office. Then we got "The Last American Virgin," "Private Lessons," "Going All the Way" and "My Tutor" (which was sort of fun). Now here's "Spring Break," a sex-and-sand epic about the annual mating rituals in Fort Lauderdale.

The obvious inspiration for "Spring Break" is all the Beach Party movies from the late 1950s and early 1960s. Here's the most obvious connection between "Spring Break" and the Beach Party flicks: They all have absolutely unnecessary subplots involving idiotic politicians who act like complete nerds and become apoplectic at the thought of kids having any fun.

In the late 1950s, that sort of plot was standard. This is 1983, and it's absurd. The story this time involves a cloddish senatorial candidate (Donald Symington) who becomes enraged when his son sneaks off to join the gang at Fort Lauderdale. He assigns a bunch of hired goons to patrol the beach and bring back his son. 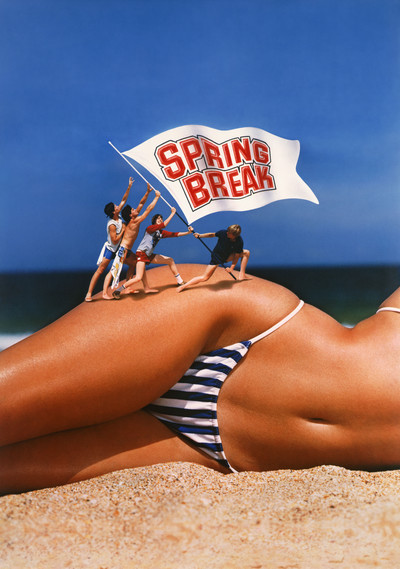