Celebrity culture is almost always abuzz with observations of reinvention, but few public figures have topped the stunt that Albert Speer was able to pull off, starting in special earnest upon his 1966 release from Spandau Prison, where he’d served his full 20-year sentence for war crimes and crimes against humanity. The former Third Reich minister of Armaments and War Production, barely into his twenties when he was admitted to Hitler’s inner circle, emerged from incarceration determined to paint his soul clean, to recast himself in the narrative of Nazism and the Holocaust as The Good Nazi who would have done something except for etc., etc.

A fluent speaker of French, German, and English, who kept himself in excellent mental and physical health during his time in stir, and a man of acute intelligence, he found himself up to the task. Crucial to his project was his first memoir, Inside the Third Reich, published in 1970 and an instant bestseller. This documentary by Vanessa Lapa, made entirely of archival footage and astonishing recorded conversations, begins with television documentary footage from that period in which Speer talks about the responses to the book—which he receives personally in the mail and sometimes in person from inquisitive visitors. He answers every letter, he says, and receives curious journeyers as guests. He owes it to the world, and to his conscience, he explains. In part because of his guilt: “I never shall get rid of it.”

How much guilt did he carry, how much of it was genuine? And how much did he know at the time Hitler was carrying out his atrocities? These questions were answered differently by Speer himself at different times. And when he flew to Los Angeles for a series of sessions with screenwriter Andrew Birkin, a one-time protégé of Stanley Kubrick (and the brother of Jane Birkin, and yes, in the photos here you see the family resemblance), Speer’s relentless ass-covering sometimes got the better of him.

Birkin’s recordings of his conversations with Speer—and conversations with filmmaker Carol Reed, who, despite having just made a film starring Anthony Quinn as a Native American, seems sharp as a tack and consistently warns Birkin not to be seduced by Speer—make up the spine of this eye-opening documentary. If you’ve been lucky enough to see Marcel Ophuls’ landmark, albeit rarely screened, 1976 documentary “The Memory of Justice,” you’ve seen just how slippery and occasionally glib Speer, who died in in 1981, could be.

In the company of Birkin, who he regards as an artistic collaborator—their project is to be a fictionalized biopic of Speer drawn from the rehabilitated Nazi’s own accounts—Speer is unguarded. The pair come to an early agreement: they must not depict “the Third Reich as a Cecil B. De Mille spectacle.” It is no small irony that in his design of the Cathedral of Light at Hitler’s Nuremberg rallies Speer created just such a spectacle in real life. Asked by Birkin about his own attitudes toward Jews in the 1930s, as his boss was ramping up his attacks on German Jews, Speer shrugs. Well, they were clearly prosperous, they got by through money-lending, many of them were illegal immigrants, and the more affluent ones had very nouveau riche tastes and traits. “But again I can’t say,” Speer insists, “that it was an anti-semitic feeling. It was a feeling of disgust.”

For all this sort of thing—and there’s a good deal of it—“Speer Goes To Hollywood” depicts a Birkin who’s reluctant to stand against Speer. He’s clearly attached to this destined-to-be-abortive project (a TV mini-series based on Speer’s memoirs materialized many years later, without Birkin’s involvement and after Speer’s death), and doesn’t want to blow it. And he doesn’t want to give up on the “good Nazi” narrative Speer’s trying to sell him, although it’s clear over time Birkin doesn’t buy it. Indeed, as his questions to Speer become more pointed, Speer’s hemming and hawing suggest Speer knows he’s walked into some kind of trap here.

This is a fascinating and pertinent tale, but one major aspect of its telling gives me serious pause. There’s a section of audio in which Birkin relates to Speer that Paramount, the studio paying for these research and writing sessions, is frustrated that in a script that by this point runs over 200 pages, only a couple of them have any reference to the Holocaust. And Speer says “That is their problem,” with a heavy emphasis on the “their,” giving the impression that Speer can’t be bothered. It’s an obviously damning moment among many damning moments. Only there’s a problem here: the conversations between Birkin and Speer, and Birkin and Reed, are not from Bikin’s cassette recordings. Rather, director Vanessa Lapa hired voice actors to speak the words of the real-life players. In a statement from the filmmaker I received after making queries with the film’s publicists, the director, taking indirect objection to the phrasing of my question, in which I called the conversations “re-created,” said: “Nothing is re-created. Everything from the tapes is re-recorded. [Boldface emphasis was in the email sent to the author.] This means 100% accurate to the original. Every breath, every laugh, every pause, every intonation.” The rationale is that the audio quality on the 50-year-old-cassettes was too poor to be used, even after substantial engineering work. That said, I think the viewer should be aware of this from the beginning, instead of having to find out in end-credits fine print. Given how much hangs on those intonations, I’d like to have more than just the director’s word that they’re accurately reproduced. But that’s just me. 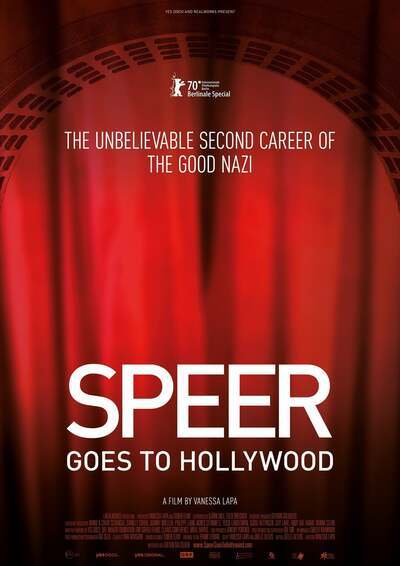