In Cooper Raiff’s disarming, deceptively simple “Shithouse,” the lonely Los Angeles freshman Alex resembles the college version of Michael Cera’s Evan from “Superbad.” With a pair of wide-set, innocently vulnerable eyes, he walks through the campus and life looking like he’s just trying to figure stuff out, instead of playing it cool like most guys his age do. Thanks to his childlike affability and boyish look, it doesn’t feel even remotely creepy when Alex, in one moment, miscalculates the acceptable number of follow-up texts he should send to his romantic interest. Similarly, you just can’t hate him when he obliviously mansplains to the same young woman things that she rightfully protests with justified anger.

Our incurably homesick, fish-out-of-water nice guy is so transparently decent that he misses his mother and sister—both of whom he left behind in Texas—over genuine tears, and often cuddles up with his stuffed toy in his lifeless dorm room, imagining full-fledged conversations with it. “College sucks but you’re not even trying,” the plush dog tells him through subtitles. “Start packing,” it advises him next, when Alex flirts with the idea of transferring to a Texan university, feeling overwhelmed by his irresponsible, hard-drinking but ultimately well-meaning roommate-from-hell Sam (Logan Miller).

Alex is lovably played by the young and talented Raiff himself—given the debuting filmmaker also wrote, edited and produced “Shithouse” with auteur-like ownership, it’s not unreasonable to assume that this sweet little film (which perhaps deserves a more savory title) is not entirely fictional. Still, “Shithouse” is not only about Alex. Mostly a two-hander, the film also centers Maggie (Dylan Gelula, effortlessly alternating between soft and prickly edges), the aforementioned potential girlfriend. Alex’s resident assistant, Maggie spends a delightful night with Alex that starts at a boozy dorm party located at what the cool kids call Shithouse, continues with an awkward bed rendezvous and grows into something straight out of Richard Linklater’s “Before Sunrise.” She confides in him about her recently deceased pet turtle (which we get to meet earlier), family troubles and secrets about making it in college. To Maggie, the key to intelligence is adapting. To Alex, who can’t be further from that territory, intelligence is more about keeping it real, about not playing games with people.

They walk and talk all night, with Maggie providing Alex a stealthy outlook to college life, and Alex assisting her on simpler quests, like giving her poor turtle dumped in a shoebox somewhere a proper burial. Things turn awkward the next morning, growing even sourer through another nighttime party and beyond, with Maggie practicing her right to move on, and Alex, unsure about where the hell he went wrong. Is the clearly agitated Maggie playing games and being mean for no reason? Or is Alex expecting too much too soon?

Perhaps a little bit of both in this case, and Raiff unearths some depth in that truth. His dialogue exudes—and is delivered with—such an unfussy, natural cadence that we can’t take sides and disregard the priorities of either character; not when they seem like a perfect whole together. Gelula infuses Maggie with a certain earned toughness that demands to be respected. Meanwhile Raiff’s Alex summons our compassion. Consider their exchange about Alex’s deceased father, for instance. “Has that, like, really affected you?,” asks Maggie. “My dad dying?,” replies Alex, with a mixture of pain and playful sarcasm. They laugh at the awkwardness of the barter and we laugh with them, rooting for a mutual future for these polar-opposite compatibles in our heart of hearts.

When writer/director Raiff steps out of the Linklater zone and tries to give Sam his own story—he is an aspiring stand-up comedian, except not particularly funny—you can feel “Shithouse” lose its firm footing a little bit. Though the film’s similarly overdone embellishments are nothing if not true to the high and low energies of college life where everyone is in the business of finding their own voice and people, one way or the other. Through cinematographer Rachel Klein’s intimate lens that values long takes and close-ups, Raiff on the whole transposes a youthful world on to the screen, adorned with profound existential worries of early adulthood. And he can’t help but ultimately resolve to a hopeful note. Any other outcome would have been to betray this deeply optimistic film that has butterflies in its stomach for its beautiful pair of imperfect characters.

Now playing in select theaters and on VOD 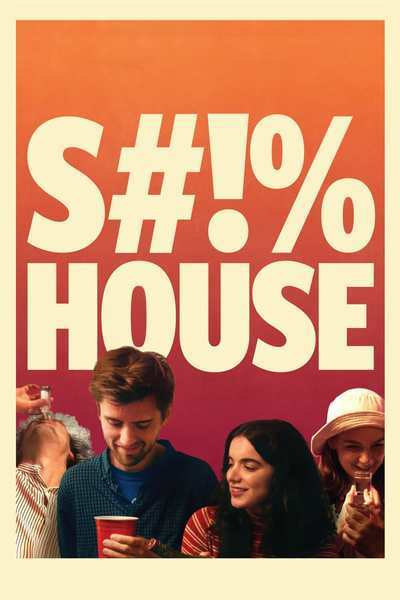 Rated R for language throughout, sexual content and drug/alcohol use.