"Patriots Day," the third collaboration between star Mark Wahlberg and director Peter Berg, and the second in 2016 alone (the first being "Deepwater Horizon"), is about the terrorist bombing at the Boston Marathon on April 15, 2013, which killed three people and wounded hundreds, and details the unprecedented citywide manhunt that took place over the following week, a week when all of Boston was shut down.

It starts with a scene showing fictional cop Sgt. Tommy Saunders (Wahlberg) doing a routine drug bust. The point of the scene is to show that Saunders had been suspended earlier in the year, and is now given humiliating assignments like working the finish line of the Boston Marathon (occurring the following day). Saunders bristles at the thought of doing crowd control instead of what he sees as real police work. Of course, only a couple of hours later, Saunders is in the center of the bombing, where he rises to the occasion. This doesn't feel right, and his personal redemption story doesn't feel right either. The real-life investigators and real-life Boston cops who did the actual work provide so many examples of heroism and courage that the stories could fill a library. Berg and Wahlberg avoided this trap in the much more effective "Deepwater Horizon," which focused solely on the event itself and the terrible impact it had on the people who worked on that rig. Thankfully, Saunders—while ostensibly the main character—plays his role in the midst of a huge ensemble: citizens, FBI agents, government officials, Boston cops, cops in nearby Watertown where terrorist Dzhokhar Tsarnaev was eventually discovered hiding in a boat in someone's backyard. And it is this story, the real story, that saves "Patriots Day."

Berg, who wrote the script with Matt Cook and Joshua Zetumer, zips around in the narrative, starting with the opening sequence showing the morning of the marathon, as experienced by characters who will play major roles in the days to come: young couple Jessica Kensky (Rachel Brosnahan) and Patrick Downes (Christopher O'Shea), Northeastern student Dun Meng (Jimmy O. Yang), fresh-faced MIT policeman Sean Collier (Jack Picking), Watertown police Sergeant Sergeant Jeffrey Pugliese (J.K. Simmons), and Saunders, bitching to his wife (Michelle Monaghan) about having to put on a day-glo vest. We also see Dzhokhar Tsarnaev (Alex Wolff) and his brother Tamerlan (Themo Melikidze) hanging out at their dark, depressing apartment, making their final preparations, all as Tamerlan's wife (Melissa Benoist) bitches that her husband didn't buy the right kind of milk. Combined with the thrumming score from Trent Reznor, and stunning aerial shots of Boston at sunrise, this opening sequence creates the anticipatory dread of the events to come. As with "Deepwater Horizon" (where the special effects had such grit that you could practically feel the heat of the fire), the bombing, when it happens, is sudden and visceral.

"Patriots Day" kicks into real gear once the investigation starts. Big-wigs descend: FBI special agent Richard DesLauriers (Kevin Bacon), Commissioner Ed Davis (John Goodman), Boston Mayor Thomas Menino (Vincent Curatola), Governor Deval Patrick (Michael Beach), fight over the best way to proceed, all as FBI agents hole up with CCTV footage and cell-phone videos, looking for possible suspects. Berg is on sure ground here, and it shows. The story is simplified into its urgent essence: Who did this? Where are they? Are there more bombs? Competent people focused on working a problem are fascinating to watch.

On a separate track is the bumbling incompetent getaway of Dzhokhar and Tamerlan. Their plans to get to New York and set off more bombs derails almost immediately. The carjacking and abduction of Dun Meng, aimlessly driving around the outer environs of Boston trying to figure out what to do next, lead up to Meng's thrilling (and insanely brave) escape and it's clearly the story element that Berg finds most cinematic and interesting. Berg spends the most time here. There's an unevenness to the pacing because of it, but it's in this long sequence (the longest in the film) that the Tsarnaev dynamic is most clearly evident: Tamerlan is the panicking ferocious big brother and Dzhokar is the oblivious punk kid brother, wondering out loud if there's an iPod port in the SUV and whining about Tamerlan not letting him drive. The thought process leading up to their actions is unexplored. Dzhokar, in particular, seems incapable of deep thought in any way whatsoever. There are incongruous moments of humor, as poor Meng tries to bargain with his captors, pleading for his life, until he finally realizes they are not going to let him go and whatever happens, no one is coming to save him and he must save himself.

Was Tamerlan's mysterious wife involved? What did she know? There's an interrogation scene that yields no clues (and to this day, Katherine Russell has not been charged with anything). Did Dzokhar realize the kind of trouble he could get into? Alex Wolff plays the role on its surface, and it's a frightening and effective choice. He pouts and makes jokes, showing that he does not quite grasp the enormity of what he has done. Meanwhile, under intense pressure, the multi-tentacled investigation masses up around them until there is no way out. These events are familiar: we all watched them happen on the news (I was at Ebertfest at the time: my whole family is from Boston, and one of my mother's closest friends lives in the neighborhood where Dzokhar was finally found, and was texting my mother updates on the chaos unfolding outside), but Berg and company have recreated them in a gripping and immediate narrative.

The hero worship of a fictional character in the midst of all of this real-life drama is a mistake. A down-on-his-luck cop finds himself essential to a huge federal investigation, stumbling into the center of every major moment in the search and capture that followed, even to the point where beloved designated hitter for the Boston Red Sox, David Ortiz, reaches out to shake his hand—personally—just prior to walking out onto the field at Fenway Park and making a now-famous and cathartic speech to the crowd. It's too much. The hero of "Patriots Day" is the community of Boston, not a fictional guy played by a movie star (albeit a famous Bostonian).

Fred ("Mr.") Rogers once said, “When I was a boy and I would see scary things in the news, my mother would say to me, 'Look for the helpers. You will always find people who are helping.'" The quote is thrown around a lot in times of catastrophe but that does not lessen its truth. If you've been through a terrorist attack, or a natural disaster, or any violent event, then you know that Mr. Rogers is right. Disaster strikes, and there are those who rush to the scene to help in any way they can. It's inspirational in the purest sense of the word. "Patriots Day" is at its best when it focuses on the real-life people—first responders, overwhelmed emergency room doctors, local policemen and FBI agents, those manning the phones for citizen tips, the hacker-types analyzing mounds of video footage—who ran to the middle of the maelstrom and got busy helping, the living embodiment of "Boston Strong." 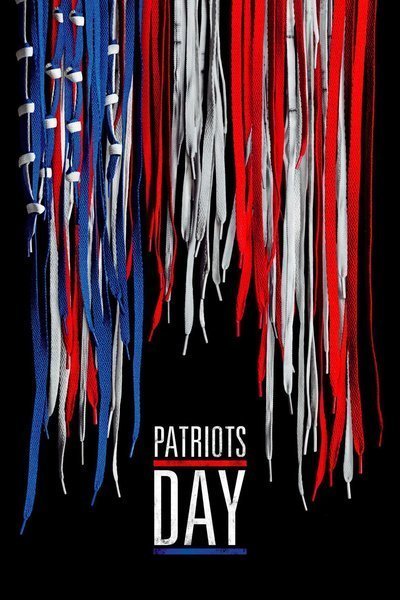 Rated R for violence, realistically graphic injury images, language throughout and some drug use.