When Peter Berg finds a subject he's passionate about, one can usually see that passion reflected in the final product. Whatever issues one might have with “Friday Night Lights” or “Lone Survivor,” they’re good examples of films that Berg put his all into. His latest, “Deepwater Horizon,” which just debuted at the Toronto International Film Festival, about the horrendous 2010 oil rig disaster that cost lives and stands as the worst ecological incident in this country’s history, started production with a different director, J.C. Chandor (“All is Lost”). After mysterious creative differences forced him to split the project, Berg jumped in, and the result is a film that too often functions like a contractual obligation (and it’s telling that Berg jumped immediately to another project coming out in only a few months, “Patriots Day,” about the 2013 Boston bombing). “There had to eventually be a movie about this tragedy, so let’s just get this thing over with.” As is often the case with Berg’s films, it’s technically accomplished, but it’s lacking the depth of a project that comes from a creative spark. Everything here feels routine—more like an inevitability than a work of art or even a piece of entertainment.

“Deepwater Horizon” is essentially a two-act piece: “Act 1: Meet the Crew,” “Act 2: Watch the Disaster.” So, we get a little bit of time with Mike Williams (Mark Wahlberg) and his family, including wife Felicia (Kate Hudson), before he heads off to work at his admittedly very unusual job an oil-drilling rig in the Gulf of Mexico. We meet one of the elder statesmen of the rig, “Mr. Jimmy” (Kurt Russell) and one of its younger employees, Andrea Fleytas (Gina Rodriguez). Of course, there are also a few nefarious BP executives floating around, including the remarkably villainous Donald Vidrine (John Malkovich).

The first half of “Deepwater Horizon” is filled with a surprising degree of tech speech—lots of conversations about PSI and arguments over the horrendous state of the equipment on the rig. There’s something admirable about getting the technical details right in a film like this one, but it makes for a very dry set-up. We don’t really feel like we’re getting to know the characters in any memorable way outside of what they were doing the day everything went wrong. When things get intense later on, our connection to them isn't bigger than a standard hope for their survival. One never feels like they’re watching Mike and Mr. Jimmy try to get people to safety as much as watching Mark Wahlberg and Kurt Russell navigate some impressive stunt work.

And it is impressive. When things go wrong on the Deepwater Horizon, it’s not a minor problem—it is really a vision of Hell with water, mud, oil and eventually fire literally everywhere. To be honest, the fact that anyone survived is pretty remarkable, and Berg and his technical team know how to make an effective disaster movie that will pin viewers to their seats long enough that they may more easily forgive the film’s flaws. Fires boom, metal creaks and bodies get tossed around in terrifying ways. It’s impressive, but ultimately hollow. “Deepwater Horizon” too often feels like a relative of “Battleship” in that it’s more concerned with set pieces and action blockbuster stunt work than it is with the people involved. It’s also a film that really muddles the geography and timing of what happened and when. The best section of the movie is when the explosion first happens, when water and mud spray the chamber, and one can still sense committed men trying to fix it before it goes horribly wrong. After they’re unable to do that, it’s too often an indistinct blur of noise and fire.

BP cut corners, and people died. Now how do we tell that story in an entertaining way while also making a piece of art that gives back to a community impacted by the tragedy? Tough question, and one the film never pulls off. There’s a more ambitious version of “Deepwater Horizon” that goes deeper into the lives of those on that rig (maybe more than just the fateful day would have helped). “Deepwater Horizon” gets the explosions just right, but it’s everything around them—the people, the aftermath, the tragedy—that it misses. That’s the more challenging story—the one that places the fire and oil in a context that allows us to see its impact beyond the cost of human life. Peter Berg could have made that film. But maybe he needed to be there from the beginning to do so. 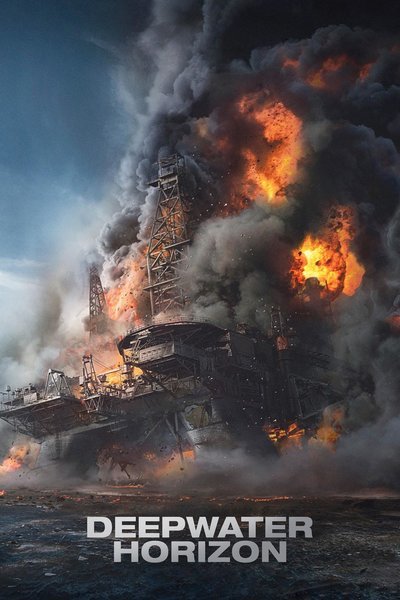