Of Fathers and Sons

The harrowing “Of Fathers and Sons” opens with children doing what children do around the world: playing soccer. A little under halfway through the movie, there will be another sequence of “boys being boys” as a group of young men scuffle, urging two of them to fight. By the end, one of these boys will be a part of a unique ritual for children in parts of the world, learning to be a part of a militia. Watching young men become militarized is one of those gut-churning documentary topics. And yet the main subject of “Of Fathers and Sons” would argue that this is the only path to freedom and to happiness. The best parts of Talal Derki’s award-winning film not only seek to understand that but to reason with it.

Derki was born in Syria and now lives in Berlin, but returned to his homeland posing as a war photographer sympathetic to the jihadist cause. For two and a half years Deri lived with a man named Abu Osama, a leader in Al-Nusra, the Syrian arm of Al-Qaeda. Derki became a part of their family and got to know their children, focusing on his two eldest sons, Osama (13) and Ayman (12). Yes, Osama was named after Osama Bin Laden and Ayman after Ayman al-Zawahiri. Abu Osama is introduced explaining this to Terki, and how he was so happy on 9/11 that he prayed for a child to continue the fight amplified on that day. Osama was born six years later to the day. He also has a child named after Mohamed Atta.

And here’s exactly where “Of Fathers and Sons” could have gone wrong. I was concerned it would be too much of a strident normalization of Abu Osama and his kind. The brand of documentary filmmaking that seeks to say “See, they too put on their pants one leg at at a time” often says little more than that rather-obvious thing. But Terki avoids too much moralizing or even authoring, allowing his camera and presence to fade into the background of most scenes. This world of cyclical violence feels genuine, and, worst of all, common. We come to like Osama because he’s funny and a bit quirky, but it doesn’t feel like a plea for sympathy as much as an argument for commonality. There are a lot of Osamas out there; here’s one.

And watching this Osama isn’t easy. He goes to a camp that militarizes children, training them to be soldiers, but we can still see the kid making up math problems for his brothers. Abu Osama’s life takes an unexpected turn that forces him to be less of a soldier than he once was, and you can almost feel some sort of mantle being passed down to his eldest. Now it’s his turn. And Osama will pass that down to his son. And so on. At one point, Abu Osama says “This is a war of attrition, but it will not go on forever.” I didn’t believe him. 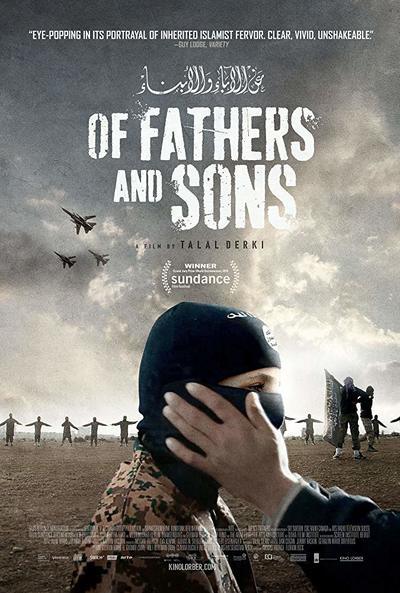 Abu Osama as Himself