“Northern Soul” is the motion-picture feature debut of the photographer Elaine Constantine, whose work in stills has shown a knack for capturing the particularities of youth culture. So this movie, a gritty kind of bildungsroman set in an extremely particular music and dance scene in working-class Britain in the early ‘70s, is an apt fit for her talents. And Constantine does well with the looks and the sounds and the settings—the movie has a lot more period panache than the recent Jimi Hendrix treatment “All Is By My Side,” to name another recent made-in-England period piece about Personalities In Music. However, where this movie comes up short is in bringing any kind of real life to its bildungsroman side.

Stop me if you’ve heard this one before: Spindly, pale Burnsworth teen John (Elliot James Landridge) has concerned, uptight parents (one of whom is played by Lisa Stansfield, who really deserves better) who say things like “He’s turning into a weirdo." He’s also got a brash bitter schoolteacher (Steve Coogan, in a bit part) who says things like “You won’t amount to anything,” and he’s got a kindly granddad whose nickname is “Dead Meat.” Okay, I made up that last bit. But, seriously: stop me if you’ve heard this one before. On reading a graffito that says “Northern Soul” in a loo stall, and hearing some fabulous soul horns at a dance, John starts to stumble towards a sense of purpose. The story’s been written a million times before, it seems, and rather more concisely by Lou Reed—see the song “Rock And Roll” as in “his/her life was saved by,” on “Loaded,” the fourth Velvet Underground album.

Now as it happens, Northern Soul is a real thing in Britain, albeit a real thing that’s a little difficult for Americans disinterested by across-the-pond subcultures to work up too much concern about. Northern Soul is a British categorization for an entirely American music—black R&B records of the Motown variety but more obscure, a tribal variant of a kind of trainspotting music snobbery. As John finds himself immersed in the scene, exchanging secret handshakes of sorts and aspiring to shine as a DJ, some of the weird practices of the scene come to light. A celebrated elder DJ is seen playing a “cover-up” record, that is, a hot tune of reasonable obscurity that he wants to keep to himself, so he plays it with the 45 label covered up. Late in the movie John and his partner in rhythm Matt (with whom he has a fractious relationship, just imagine) come across a much-coveted “cover-up” and book a whole dance based on the promise of revealing its identity. This stuff sounds silly when you’re writing about it as an adult putting together a movie review, but I can honestly remember how vital some variants of such events could feel to me as an adolescent. Where “Northern Soul” comes up short is in compelling the viewer to share in such exhilarations. The storyline is so rote that the idiosyncrasies of the scene don’t register with any power. Here’s a question: If a particular music is so exciting and liberating to a person at an early stage of life, does it necessarily follow that that person nevertheless gets heavily messed up on drugs via the milieu that delivers said music? Because according to this movie and every other damn movie made on such subjects, the answer would seem to be, “Sorry, yes."

“This is underground, but it’s gonna be massive” declaims one character at an early point in his journey; the movie ultimately comes around to concluding that even if “massive” never happens, the bonds forged in the underground smithies can be forever. That might be true, but it’s not particularly moving when it’s iterated in such a trite, predictable fashion. 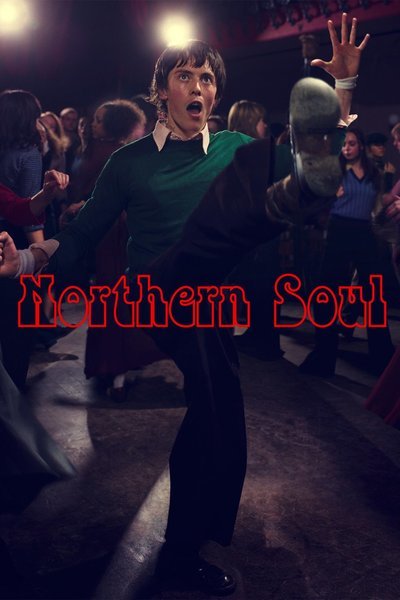 Rated R for drug use, language throughout and brief sexuality