“My first child died inside me. Inside my swollen womb.” These are the first words, spoken in voice over by lead actor Shirley Henderson, in this film. So in case you’re wondering where the party’s at, it’s right here, people.

But seriously—“Never Steady, Never Still,” while a conscientious and indeed serious drama, is not a grim slog. Call it sober, as befits its scenario. Henderson plays Judy, a wife who managed, after her first try, to successfully bear a child. That kid, Jamie (Théodore Pellerin) is now 19, and rather surly; his burly bearded dad Ed (Nicholas Campbell) thinks it would do Jamie good to hit the oil fields of Alberta, Canada (the family lives off of Stuart Lake in British Columbia).

Judy has Parkinson’s Disease, but has found a measure of care and contentment within her nuclear family. Ed looks after many of the needs engendered by her condition and urges her not to fret about what she can’t control.

These characters are not people who talk much about their feelings. Judy has a support group with other Parkinson’s patients, which is helpful. An early encounter at the oil field spells out how things are for Jamie: after being approached by a coworker to banter about a sporting event televised the night before, Jamie demurs that he didn’t watch it; this incites the coworker into some spectacular passive-aggressive clapping back. We soon learn, via a startling dreamlike shot, that Jamie’s also struggling with his sexuality.

An unexpected tragedy finds Judy facing life without the kind of support she needs. But “Never Steady, Never Still” is not a crisis-management movie. Written and directed by Kathleen Hepburn, making her feature debut, it’s a slice-of-life motion picture. It delicately but sharply probes its characters’ lives, with nuanced depictions of exchanges that slowly bring these troubled people to better understandings of each other, and of themselves. There are traces of early Ken Loach in Hepburn’s approach, but ultimately the filmmaker’s voice, with all its frankness and plain-spokenness, is her own. Shirley Henderson, ever a wonder of nature as a performer, is wonderful as Judy. She shows no strain as she depicts Judy’s symptoms and does no performative gymnastics to solicit extra sympathy from an already empathy-generating character. She pulls off the most difficult and effective illusion of all, which is to make it look as if she’s living through what she’s acting. This is not the sort of screen acting that wins awards, I fear—it’s too subtle. But if you don’t treat yourself to this movie, you will indeed be missing out on one of the best pieces of acting 2018 cinema has to offer. 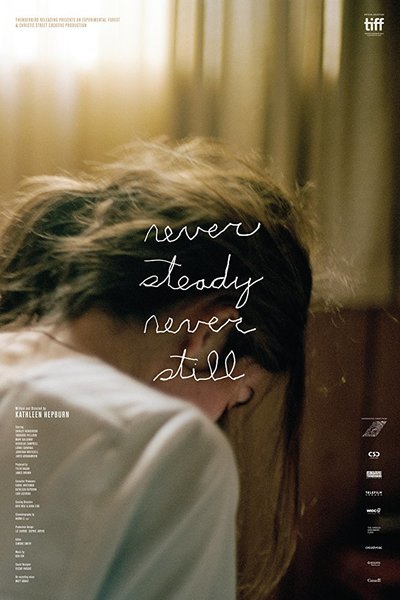