When Joanna Harcourt-Smith met Timothy Leary in 1972, he was 52 and she was 26. He was on the lam in Europe, after escaping from a California prison (with the help of the Weather Underground). Leary had been serving a 10-year sentence on various drug charges, following an active decade preaching to the masses the therapeutic properties of hallucinogenic drugs, calling on one and all to “turn on, tune in and drop out.” Harcourt-Smith, born at the Palace Hotel in St. Moritz into a wealthy family that hid its Jewish roots post-Holocaust, had only a vague idea of who Leary was when she met him. Leary said to her in true guru-style: “You are looking for a way out of the decadent aristocratic game, the limbo of Jet Set desperados. I’ll show you the way.” She was an instant convert. The two then went on a peripatetic tear, from Switzerland—which had no interest in harboring the famous fugitive—to Beirut to Afghanistan ... where they were captured at the airport, and brought back to America. In her 2013 memoir Tripping the Bardo With Timothy Leary: My Psychedelic Love Story, Joanna Harcourt-Smith wrote, “I followed [Leary] off that precipice, and my family, nationality and sanity were fragmented beyond recognition.”

So what was this all about? Was Harcourt-Smith actually, to use Allen Ginsberg's hostile name for her—"a CIA sex provocateur"? Harcourt-Smith herself wondered this. Was she, in her naïveté, somehow manipulated to come into Leary's life and lead him into the arms of the law? When she saw Errol Morris'  “Wormwood," about the CIA's top-secret biological warfare program which involved covert experiments with LSD, she wondered if she had been caught up in something a little bit like that, something she didn't fully understand. So she reached out to Morris. The result is "My Psychedelic Love Story," an engaging documentary about Harcourt-Smith's connection to Timothy Leary, how it came about, how she understood it, how she didn't understand it. Leary is interesting, yes, but he doesn't hold a candle to Harcourt-Smith herself, interviewed in her home in Santa Fe. (Harcourt-Smith died this past October.) Beautiful, charming, funny, with the mischievous giggle of the rebel teenager she once was, Harcourt-Smith makes a compulsively engaging interview subject. She's definitely not particularly reliable, she says it herself.

Whether or not Harcourt-Smith was a CIA "plant" pales in comparison to her own personal stories, and the way she tells them. Almost every single thing that comes out of her mouth makes you want to say, "Really??" (At one point, Morris himself says, "Really??" from behind the camera.) It must run in the family: Harcourt-Smith's mother bragged that she slept with Mussolini. Harcourt-Smith intersected with everyone. She partied with the Rolling Stones. Anita Pallenberg, apparently, was the one who told her about Timothy Leary. She stays with Diane von Fusternberg in New York—tossing off in an aside, "These are the kind of people I grew up with." She meets up with her arms-dealer ex-boyfriend for drinks at the St. Regis. Because that's what happens when you're Joanne Harcourt-Smith. At one point, she describes leaving Switzerland with Leary and heading for Beirut: "I was really glad we were going to Beirut, because I knew the President because the President was in love with my mother."

You can't make this stuff up. Or can you? Does it matter?

Morris put together all of this information in a non-stop collage, with big neon-letters announcing different locations and names—"Gstaad," "Lausanne," "Kabul," "Mill Valley," "The Brotherhood of Eternal Love", and interstitials of what looks like LSD-blotters, printed with different images. The documentary has a whimsical mood. There are newspaper clippings detailing these events (one headline: "Girl 'disciple' flies off with drug cult man"). Another recurring motif is Tarot cards, important symbols to both Leary and Harcourt-Smith. But this is essentially a one-woman show. Harcourt-Smith was completely terrorized by her relationship to Leary, and naive to the implications ("Really??" gasps Morris behind the camera) of what it would mean when this outlaw-hero turned federal informant, urged on by her. Leary's actions were a bomb going off in the counter-culture. Their hero stopped "sticking it" to "the man," and instead went to work for the man to save his own hide. Leary and Harcourt-Smith were so hated for this treachery they were put into a witness protection program, under the aliases James and Nora Joyce. Their partnership didn't last long after that.

There's enough material here to fill an entire multi-part docu-series, but "My Psychedelic Love Story" is an intriguing and often-humorous look at these crazy events, anchored by Harcourt-Smith's presence. She’s the reason to see it. You can understand why nobody who met her ever forgot her. 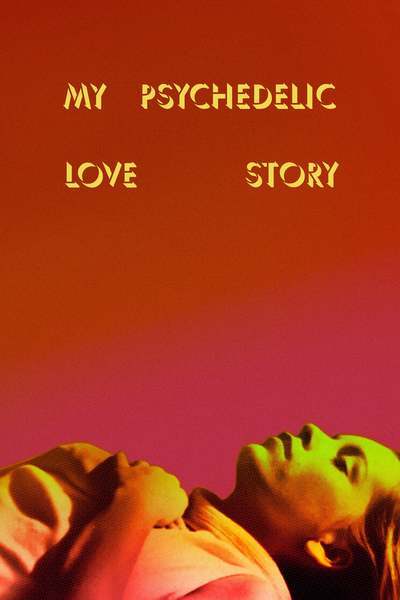 Joanna Harcourt-Smith as Self

Timothy Leary as Self (archival footage)