Do you like films that are so wildly overstuffed with characters and subplots that the finale requires a child’s life-threatening asthma attack, a karaoke-related injury and a recalcitrant vending machine to bring two characters together at last? Are you okay with movies that feature characters who are unabashedly racist, so long as they are wacky racists? Have you lain awake late at night wondering what Julia Roberts might look like if she happened to be sporting Moe Howard’s hairdo? If so, then “Mother’s Day” may just be the movie for you. If not, you should give the widest berth possible to this staggeringly incompetent blend of silliness and schmaltz—a film so awful that if one were to put up a list of the great films celebrating motherhood, it would rank considerably lower than the Gus van Sant version of “Psycho.”

This is the third film in a row from director Garry Marshall to combine a beloved holiday, multiple storylines, and casts combining large chunks of the current SAG roster, into something resembling a cross between “The Cannonball Run” and an entire season of “Love, American Style.” I must admit to sort of liking the first one, “Valentine’s Day” (2010), if only because I found it impossible to resist any film that included the likes of Jessica Alba, Anne Hathaway, Shirley MacLaine and Taylor Swift. “New Year’s Eve” (2011), on the other hand, was as ghastly and bloated as the day it commemorated and featured an even larger cast of notables (including Robert De Niro, Michelle Pfeiffer, Hilary Swank, Katherine Heigl and Jon Bon Jovi) making fools of themselves. By comparison, “Mother’s Day” dials down the star factor somewhat—a mistake since without the “Hey, isn’t that ... ?” factor to serve as a distraction, it leaves viewers with more time to concentrate on the script. This is not the kind of film where you want to be doing that too much.

This time around, the characters include Sandy (Jennifer Aniston), whose picture-perfect divorce is threatened when her former husband (Timothy Olyphant) unexpectedly marries his much-younger girlfriend Tina (Shay Mitchell) and tries to include her in the lives of their two young sons. She is friends with Jessie (Kate Hudson) and Gabi (Sarah Chalke), who have both moved far away from their trailer trash parents (Margo Martindale and Robert Pine) and are both keeping secrets from them—Jessie is married to an Indian man named Russell (Aasif Mandvi) and has a son with him (named Tanner, yuk yuk yuk) and Gabi is married to a woman (Cameron Esposito) and has a son with her as well. Bradley (Jason Sudeikis) is the hapless father to two daughters who is still reeling from the death of his wife nearly a year earlier. Meanwhile, Kristin (Britt Robertson) is a young mother who doesn’t want to marry her long-time boyfriend (Jack Whitehall), not because he is a bad stand-up comedian but because she has abandonment issues stemming from having been adopted. Finally, Miranda (Julia Roberts) is a host of a home shopping show who has no family to speak of because of her career goals, so there is obviously no way that she could be connected with any of the previously mentioned characters, so put that thought out of your mind right now.

In the past, it has been suggested that Garry Marshall does not make film for the supposedly refined palates of critics—he specializes in broad entertainment for mass audiences who are not necessarily in the mood for subtlety and introspection. This is not necessarily true—besides “Valentine’s Day,” I have enjoyed several of his past films. However, when he goes wrong, he can go spectacularly wrong (as anyone who sat through the inexplicable “Exit to Eden” and “The Other Sister” can attest) and “Mother’s Day” is as wrong as anything that he has ever done. He and the four screenwriters (three of them newcomers and the other the scribe of the deathless “Monster-in-Law”) have put their heads together to concoct a script that juggles far too many characters and plot lines. They neglect to include any moments of genuine insight about motherhood, or much of anything else for that matter.

Instead, we get the usual hacky jokes (ranging from the Sudeikis character being embarrassed when the tampons he is buying for his daughter require a price check, to a fat guy nicknamed Tiny) and equally contrived heart-to-heart moments so sitcom-y that you'll be unconsciously reaching for the remote. These jokes are occasionally interrupted by bits so insane that you cannot imagine what the writers were thinking when they were added to the script. In one, we see the lesbian couple showing off a float featuring a giant uterus they built for the upcoming Mother’s Day parade—as it turns out, there is no parade and the whole thing has just been an elaborate setup for a one-liner for a traffic cop played by Larry Miller. (It is the funniest bit, but still a bit of a reach.) In another, the stand-up comic is in a competition but his girlfriend is nowhere to be found and as a result, he has to take their baby on stage with him for his routine—even though he doesn’t actually tell a recognizable joke, he still somehow wins.

Why would so many good actors sign up for a script this dopey? My guess is that they look upon these things as the equivalent of parties where they can make an appearance, have some fun without doing much in the way of heavy lifting and get paid a lot of money in the process. Trust me, they would have been better served if Marshall had just forgone the film entirely and filmed the cast party. None of the actors are able to find a way to rise above the material, instead just plowing through in the broadest manner possible while trying not to look too obviously embarrassed.

This weekend happens to see the wide release of two films that deal with motherhood. One is “The Meddler,” the charming movie from Lorene Scafaria, about a recent widow who moves to L.A. to be closer to her daughter and to start a new life for herself. “Mother’s Day” is the other one. The former has a few uneven moments here and there, but it is a generally charming and touching film that features Susan Sarandon’s best performance in years; it deserves to be seen. The latter is a galling waste for practically everyone involved with it. If you even think about opting for “Mother’s Day” over “The Meddler”—or practically anything else currently playing at the multiplex—then clearly your mother did not raise you right. 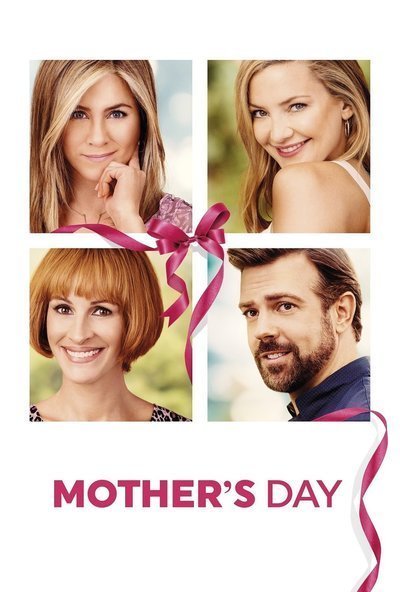