Drop Jim Cramer into “Network” and you have “Money Monster”—and yet the result never ends up being quite as thrilling or thought-provoking as that premise sounds.

Jodie Foster has directed a real-time drama that’s lean, efficient and benefits from the enormous charisma of George Clooney in the starring role as a slick, smug financial pundit. And in a bit of an “Ocean’s Eleven” reunion, Clooney totally unsurprisingly has an easy, snappy chemistry with Julia Roberts as his longtime director/voice of reason. But this time, they’re not the ones stealing the money; rather, they end up feeling the repercussions of a massive swindle.

The film’s rage is unmistakable. And yet, despite its present-day setting, it feels rather retro—as if “Money Monster” just narrowly missed the window for maximum relevance where movies like “The Big Short” and “99 Homes” thrived.

It’s easy to imagine Clooney’s Lee Gates scheming and preening as he presides over the airwaves at a CNBC-style cable channel, though. The script from Jamie Linden and Alan DiFiore & Jim Kouf definitely gets the live television details right—the buzzing energy, the gallows humor, the technical elements. Like Cramer on his signature show “Mad Money,” Lee makes potentially dry stock talk lively with gimmicky graphics, sound effects and a generally bombastic personality. The great cinematographer Matthew Libatique (who, coincidentally, also shot Spike Lee’s “Inside Man,” which covered similar territory and featured a brilliant Foster performance) captures it all with intimacy and verve.

Lee may or may not truly care about the stocks and funds he promotes; he may or may not even be all that knowledgeable. But Clooney being Clooney, he makes this soulless shell of a man thoroughly engaging; Roberts’ sharp and serene Patty Fenn, always the smartest person in the room, keeps him in check. The actual time they spend on-screen together is minimal—he’s mainly on set, she’s mainly in the booth—but the connection between these two longtime friends and co-stars still crackles.

But a pretty typical day for the anchor and crew gets shattered when a delivery man walks onto the stage with a gun and a vest full of explosives he’s fashioned specifically for Lee. Jack O’Connell’s Kyle Budwell lost everything he had—$60,000—when he invested in a stock Lee swore was a sure thing. The stock’s value plummeted when $800 million disappeared overnight, supposedly the result of a glitch in an algorithm. Now, the company’s chief executive officer (Dominic West) is somewhere on his private jet and unavailable to answer the tough questions, leaving his spokeswoman (Caitriona Balfe) to face the cameras and struggle to stay on message.

Foster slowly, steadily builds tension as Lee and Patty work together to keep Budwell calm and comply with his demands on live television. The fact that the action takes place pretty much entirely within the confines of the studio for the first two-thirds of the film greatly enhances the feeling of claustrophobia. At the same time, “Money Monster” keeps us on our toes with a couple of dramatic moments that don’t necessarily turn out the way we might expect. And while there’s little room for sentimentality in this high-stakes world, longtime character actor Lenny Venito provides a welcome source of warmth as a veteran cameraman who sticks by Lee’s side, no matter what.

“Money Monster” zips by while it stays in the studio. When it ventures out into the streets of lower Manhattan in the third act, though, it loses its way. Ironically, the film gets loose and meanders just as it should be reaching a tight, tense climax. A hostage situation turns into a circus; what was once dramatic is now just plain silly.

Efforts to humanize the blue-collar attacker feel like too little, too late (and the inconsistent New York accent from O’Connell, the British star of “Unbroken,” doesn’t help his cause). Ultimately, the film registers less as an indictment of widespread financial corruption than as a shallow exploration of one man’s greed. But briefly, when it’s at its peak value somewhere in the middle, “Money Monster” is a solid bet. 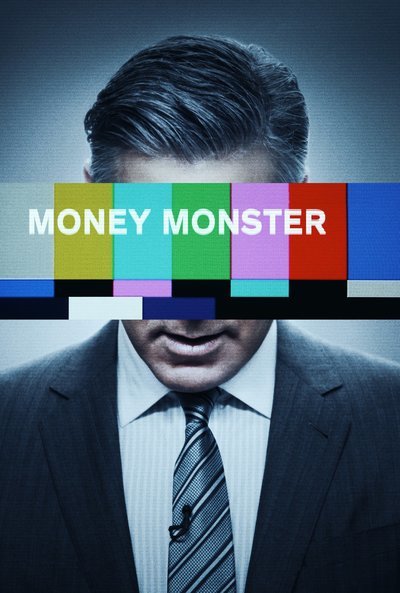 Rated R for language throughout, some sexuality and brief violence.