And yet, “Mike Wallace is Here,” a documentary about the legendary and influential television interviewer who defined a particular kind of broadcast journalism, feels different from other documentaries about such figures, because it features no contemporary talking head interviews. Wallace died in 2012 and there’s not more than a few seconds or so of this film, directed by Avi Belkin, in which Wallace is not seen or heard. The picture is true to its title.

The strategy of assembling a film portrait out of nothing but archival footage is not unprecedented (see Steven Soderbergh’s 2010 “And Everything Is Going Fine,” about Spalding Gray, for a particularly artful example) but the strategy has a special provocation here. Drawing from television interviews with Wallace himself and what must have been hundreds of hours of footage of Wallace interviewing others, not to mention copious clips showing Wallace’s “jack of all trades” work in ‘50s television, appearing as a pitchman, actor and more before landing on his vocation as a tough-as-nails interlocuter, the movie positions Wallace simultaneously as a creator of television and a creation of it. By keeping all the footage in a past in which Wallace was still working, it confronts both his legacy and, I suppose, his ghost.

The movie opens with a clip from Wallace’s 2007 “60 Minutes” interview with Bill O’Reilly, then riding very high at Fox News. Wallace chastises O’Reilly for being, well, O’Reilly. O’Reilly, still a few years away from his ultimate disgrace, smugly responds that without Wallace, he would never be able to do the things that Wallace so clearly dislikes him for.

O’Reilly has a point, this documentary argues. While it acknowledges the exceptional investigative journalism that Wallace did (on Watergate, military miscalculations in Vietnam, and the tobacco industry, to name but a few topics) and Wallace’s feisty, principled stances (the way he went to the wall when CBS tried to cave on the tobacco story, a tale told in fictionalized form in Michael Mann’s 1999 “The Insider”) concerning freedom of the press and corporate self-censorship, it also reckons with the sensationalistic appeal of his confrontational style. Said style tended to flatten everything to a form of media-is-the-message score-settling. It’s unsettling to watch Wallace really “stick it” to Bette Davis and Barbra Streisand and then engineer “event journalism” coups like an interview with the Ayatollah Khomeini of Iran, whose pronouncements in said interview arguably precipitated the assassination of Egypt’s Anwar Sadat.

The documentary also enters Wallace’s personal realm. The loss of one of his sons in the early ‘60s constitutes a pretty awful story that also curiously reflects the perks of his profession at the time; on learning Peter Wallace was missing on a college trip to Greece, Mike hopped a plane from another far-flung locale where he was on assignment and, eventually, was able to discover his son’s body himself. The picture also recounts his workaholic tendencies, his regrets at being an absentee father, and ultimately, his sometimes crippling depression. Scenes from interviews done with him over a span of several years show him approaching the topic with an initial defensiveness. The more he opens up, the more upsetting the revelations become.

Belkin's film wraps with more O’Reilly smugness, by which time the message of the movie is clear: Mike Wallace’s presence was a blessing, but a mixed one. 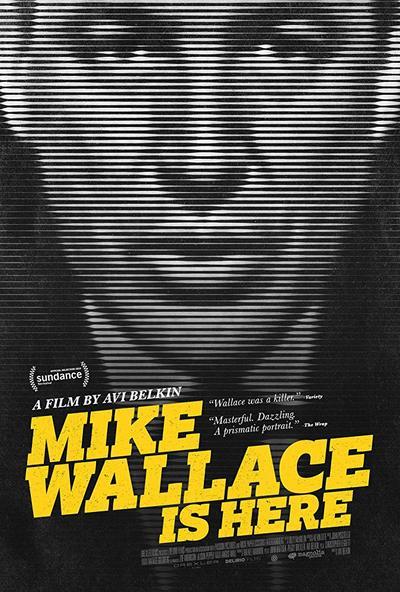 Mike Wallace as Himself (archive footage)