Despite the incredible events that have taken place in the world since the multiple Oscars for “Parasite,” Neon is still basking in the afterglow of that history-making night, releasing another Bong Joon-ho flick for the first time in many markets today and tomorrow (10/19-20) and then putting it on VOD next week (on 10/27). The film is Bong’s 2003 drama “Memories of Murder,” a work that has been very difficult to see in the nearly two decades since its release. Of course, one of the best things about the Bong victory lap earlier this year was that it would bring new viewers to his earlier works, and they could instantly catch up with streaming films like “Mother,” “The Host,” and “Snowpiercer.” Now we can add one of his absolute best to that list in “Memories of Murder,” a daring, nuanced story of the investigation around the man reported to be South Korea’s first serial killer, uncaught at the time of the film's release. Drawing comparisons to “Zodiac,” this isn’t about obsession as much as Fincher’s film, but it does capture that sinking feeling that evil is going to get away and there’s nothing anyone can do to stop it.

Detective Park Doo-man (Bong regular and “Parasite” star Song Kang-ho) lives and works in the Gyeonggi Province in South Korea in the mid-‘80s. He’s not necessarily incompetent but he’s also not often faced with intense criminal investigations. He's inexperienced. And so when a series of brutal rapes and murders begins in the area, Park is one of the few people to realize early on what his department could be facing. There’s an incredible early sequence in which a body is laying in a field, exposed, as police officers and locals fumble about the area. A cop tumbles down a hill. A tractor driver destroys a shoeprint that could have been evidence. No one seems to have any idea what to do. Without exaggerated comedy or melodrama, it captures how investigations can be hampered not so much just through ineptitude but something closer to apathy. They don’t know how seriously to handle the crime scene because they haven’t had to take anything this seriously before, and they have no idea how bad things are going to get. Bong’s direction in this sequence is incredible, presenting the rhythms of bad policework in a way that makes it feel organic while also fluidly moving his camera through a large, open space.

It’s only one of many sequences in “Memories of Murder” that rank among his best as a director. An officer from Seoul named Seo Tae-Yoon (Kim Sang-kyung) has come to assist in the investigation and he’s startled a bit, as Bong intends viewers to be as well, by the tactics of Park and his colleagues. Basically, it’s a process of finding a possible suspect and then torturing them into confessing. An early suspect is a mentally handicapped boy in the village, and Seo quickly realizes that he couldn’t possibly have committed the crime, even as a false confession is being forced out of him. Again, “Memories of Murder” is a procedural about people with no procedures. They’re flailing against the unknown, trying as hard as they can to close a case that’s getting out of control.

The most accomplished aspect of Bong’s work is the calibration of tone. At first, some of the failures of the investigation feel almost comedic—the officer falling down the hill, Park attacking Seo the first time he sees him because he thinks he’s a suspect, etc.—but Bong very carefully turns up the intensity. The scenes of suspect abuse are upsetting, not merely for human rights violations, but because of how much further it seems Park is getting away from the truth. As the team learns that the killer only strikes on rainy nights and always calls in the same song request to a local police station before he does, the sense that the killer is simply smarter than Park and his abusive colleagues intensifies. In one of his best performances, Song sells that increasing concern that his team are outmatched. Bong also brilliantly casts all of this against a backdrop of political unrest—a key interview takes place during a school drill and the chief can’t get help when they need a lockdown because every officer is too busy suppressing a protest. The whole system is broken enough that evil is allowed to flourish.

Bong’s visual acumen was so keenly refined even in this, only his second film. "Memories of Murder" contains some breathtaking set pieces, including a night chase of a potential suspect and several scenes involving trains and tunnels. The image of a dark, foreboding tunnel returns a few times in bookending scenes and in the film's climax. It’s a subtle nod to the dangerous unknown that can lurk away from view. A train comes through one of those tunnels at a key moment to remind everyone that danger exists in all those dark places, and it’s a danger that’s unstoppable and unforgiving. “Memories of Murder” has a solid script, but it’s a great example of a movie that’s nowhere near as powerful with a lesser director behind the camera. Bong elevates every scene with his unbelievably assured filmmaking. That didn’t start with “Parasite.”

Viewers of “Memories of Murder” in 2020 are likely to compare it to “Parasite.” It’s not as much pure fun as his Best Picture winner, but it is remarkably similar in terms of refined filmmaking and confidence. While it may have taken way too long for “Memories of Murder” to get a wide U.S. release, there’s something rewarding about seeing it in artistic conversation with his biggest hit. While the story around the Oscars was how Bong Joon-ho had come a long way, he’s kind of always been there. 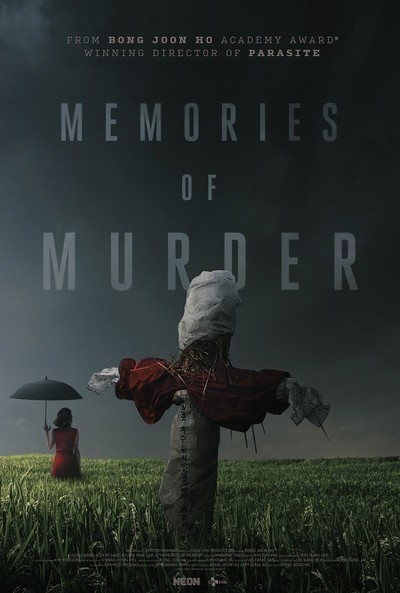