The second-greatest headline in the history of the Onion is:

Millions of pet owners demand
to know: "Who's a good boy?"

This line is not frequently used in the Grogan household. There is a reason for that. Marley is not a good boy. I'd love to have a dog around the house, but not Marley. We have, you know, stuff we like. Books, dishes, tables, chairs, rugs, curtains. You know how it is. Marley considers such objects to be food, playthings or enemies.

There was a real Marley. He belonged to John and Jennifer Grogan, and was the subject of a 2005 best seller that has been adapted into this film. I hope the book earned enough to pay for Marley's overhead. Marley has the behavior pattern of a manic wrecking crew and the appetite of a science-fiction monster, but you gotta love him. At least, the Grogans gotta love him. They may be as crazy as their dog. Here is a useful lesson. When you go to the pet lady, and she shows you a group of Labrador puppies and one is cheaper than all the others, this is not the time to go bargain-hunting.

"Marley & Me" is a cheerful family movie about a young couple starting out in life with a new house, new jobs, a new dog and then three children, who the dog doesn't eat, or the movie wouldn't be rated PG. Owen Wilson and Jennifer Aniston play the Grogans as brave and resourceful. Every couple has to survive ups and downs in their marriage, but Louis XVI and Marie Antoinette might be alive today if they'd adopted Marley, he had eaten the crown jewels, and they'd fled the palace and abdicated.

You would think the dog would supply the playful, upbeat elements in this movie. Not exactly. Marley supplies the Sturm und Drang, 24-7. It is John Grogan's professional life that supplies the fantasy. He gets a job as a cub reporter on a newspaper and is soon ordered by his editor (Alan Arkin) to become a columnist. Nothing doing! he says. He'd rather cover school board meetings and sewer inspectors. Arkin counters: "I'll double your salary!"

In today's newspaper world, this plays like escapist porn. Grogan would be ordered to carry a route on his way to work, and Arkin would be replaced by Uncle Scrooge. But Grogan makes the canny decision to write a column about the dog, and it is a great success. Soon the column and the dog are beloved. Marley becomes as useful to Grogan as Slats Grobnik was to Mike Royko: always good for a column on a slow day. Come to think of it, Marley has all the earmarks of having been trained by Slats, starting out as a puppy by eating barstools and spittoons.

This may be the first family film I've seen that will frighten more adults than children. The Marley kids, Conor, Patrick and Colleen, all love Marley. Their parents are appalled. At one point, Jennifer actually despairs and tells John that either the dog goes or she does. No, actually, she doesn't force him to choose. She's outta there. But she relents and returns to the doggie from hell. The thing about Marley, see, is that he has an uncanny way of knowing exactly when to pause in eating the garage and gaze soulfully upon his masters with unconditional love.

When Marley is not on the screen, Wilson and Aniston demonstrate why they are gifted comic actors. They have a relationship that's not too sitcomish, not too sentimental, mostly smart and realistic. That's because she plays a newspaper reporter, too. Marley would have been a welcome break after a day in the riotous city rooms of the good old days. In today's city rooms, reporters hide in their cubicles praying to escape extermination. I say lock Scrooge in a cage and throw in Marley.

The Curse of Bridge Hollow 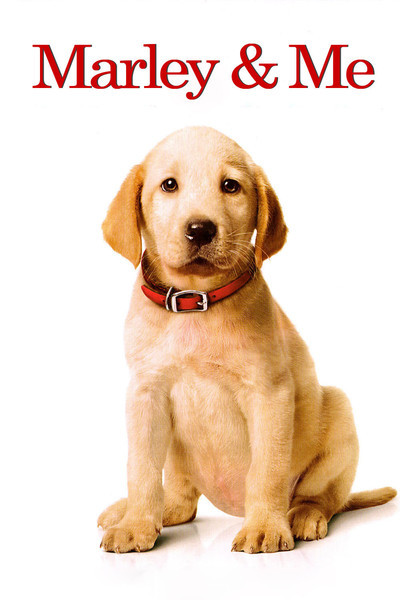 Rated PG for thematic material, some suggestive content and language