This review occupies a somewhat awkward space: my colleague Nick Allen reviewed the original "Mapplethorpe," a 2018 film released in 2019, and two years later, here's a review of "Mapplethorpe: The Director's Cut" by somebody else who liked it a lot more. "Robert Mapplethorpe’s black and white photography was provocative, raw, and unforgettable," Nick wrote. "But Ondi Timoner’s biopic, steered by a hollow performance from Matt Smith, is far removed from the artistic values within these images and the many more that he was known for. A stunningly drab take on the life and legacy of a photographer who merged pornography with grace, 'Mapplethorpe' doesn’t have an artistic signature of its own, so much as a name it doesn’t live up to."

I can't really argue with that, or anything else in the review, because it's a subjective response to a film that goes about the business of recounting Robert Mapplethorpe's life in a manner that's ordinary in some ways and unusual in others. I agree that, in terms of the selection and arrangement of material, this is pretty standard biopic stuff: we see Robert "Bob" Mapplethorpe quit the Pratt Institute and start making street-level art in New York City in the early '70s, and become friends with singer-songwriter Patti Smith (Marianne Rendón). He grapples with his poorly-disguised queerness, then accesses it through his increasingly daring and explicit photography. If you know his story, you know where things are going, and there will probably be times when you think, "I might enjoy this more if it were a documentary."

The thing that makes the film stand out is the way it shows artists relating to each other and to their work. It's rare to see a movie about creative people that accurately captures they way they'll size each other up on first meeting and then, once they've determined that the other person is serious, proceed immediately to the sharing of influences and the granular discussion of theory and technique. Talk of creativity is mixed in with discussion of more mundane personal matters.

There's a lovely moment where Bob, who's been having sex with men in exchange for money to finance his art, has a brief conversation with Patti, who just broke up with him as a lover but promptly returned as a friend. He pivots the conversation to the question of whether Patti is ever going to write a song that people can dance to. She says it's not really her thing: she's not being pretentious, just telling the truth. This sort of exchange is the heart of working artists' friendships. They can say these sorts of things to each other and be confident that neither is judging the other: they're just talking shop.

There's also something about the tone of Smith's performance that struck me as very real, to the point of deglamorization. There are moments when we see him alone in his room, and even though the moment is pure extrapolation/improvisation by the filmmaker and actor, we believe that this is the way somebody like him would behave. He dances in a robe, he takes the robe off, and hangs it in a closet and takes a picture of it (resulting in one of his more famous photos), and we see him naked in the room with his pasty butt centered in the frame, taking pictures with the serene concentration of a man who has forgotten that anything else exists besides his art. 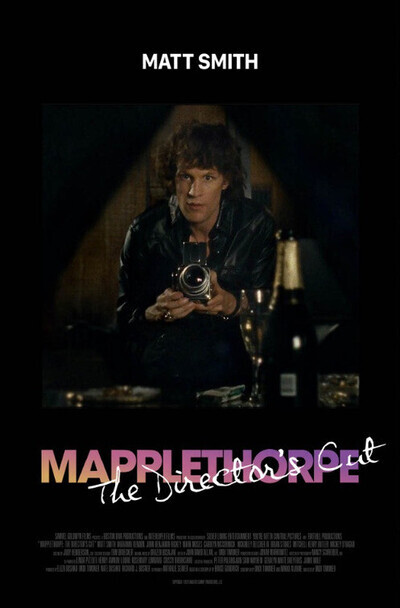