The opening moments of “Lady Bird” accomplish so much so quickly, it takes your breath away. A mother and daughter are engaged in the time-honored tradition of the senior-year road trip to check out college campuses. It is 2002, and they are intently listening to a book on tape—in this case, The Grapes of Wrath. As it concludes, the two smile at one another, sigh and wipe the tears from their eyes. Tom Joad and Ma would approve.

Enjoy the lack of familial tension while you can. This is just about the last time parent and child will agree on anything as 17-year-old Christine, aka the self-proclaimed Lady Bird (Saoirse Ronan, the very picture of adolescent pique), impatiently expresses her post-graduation intention to flee from her staid  Sacramento and take off to the East Coast “where the culture is.” Later, she will deride her hometown as the “Midwest of California” and not bother to correct someone who thinks she is from San Francisco.

Meanwhile, Marion (Laurie Metcalf of “Rosanne” TV fame, staking her claim in the movie mom hall of fame) takes maternal passive-aggressiveness to new levels as a persnickety psychiatric nurse. Forced to work double shifts after her husband is laid off, she attempts to sell Lady Bird on a cheaper in-state institution, to no avail. The push-pull of their conflicting points of view, informed by fear of the unknown and begrudging expressions of affection, is the energy that drives one of the more accomplished female-led coming-of-age tales since the Golden Age of John Hughes. Little wonder there are subtle echoes of “Pretty in Pink” throughout, from not one but two pink-hued frocks and a pair of unsuitable suitors to a dad who is down on his luck (playwright Tracy Letts) and a batch of pop oldies on the soundtrack (Alanis Morissette and Dave Matthews Band loom large).

It is also one of the better solo directing debuts by an actor in recent memory. Hardly a false step is taken by Greta Gerwig in her semi-autobiographical script that centers on Lady Bird’s final year at her rather progressive Catholic high school. While she might have poured parts of herself into her co-written screenplays for "Frances Ha" and "Mistress America," there is a special authenticity here that can’t be denied.

Her film manages to feel like an indie dramedy but powers along like a mainstream film. Part of that comes from how Gerwig has colored in her supporting characters with marvelous quirks and telling details while showing exceptional taste in casting. Somehow, she has recruited last year’s Oscar It Boy, “Manchester by the Sea’s” Lucas Hedges and this year’s potential Oscar It boy, “Call Me by Your Name’s” Timothee Chalamet as Lady Bird’s crushes. But nothing beats Lady Bird’s BFF Julie (bubbly Beanie Feldstein, a true find), a numbers whiz who moons over their blandly handsome male math teacher. I don’t think there is another scene this year that I have enjoyed more than watching Lady Bird and her chum burst into giggle fits while chowing down on a box of communion wafers as if they were potato chips. Doing their heavenly best to do justice to Gerwig’s words are such veterans as Lois Smith as an understanding nun and August Wilson specialist Stephen McKinley Henderson as a depressed priest.

Of course, the MVP here is Ronan, whose Lady Bird is as far from her sweet Irish lass in “Brooklyn” as she can be. Bedecked with a messy blood-red dye job, a smattering of acne and thrift-shop chic sensibilities, she is thoughtful and impulsive, sharp and naïve in equal measure. Lady Bird at one point declares that “the learning part of high school is over.” And, yet, there is still much to be absorbed when it comes to losing one’s virginity, cheating on quizzes, settling for being in the chorus of a drama club production, ditching a guy who clearly has no special feelings for you, breaking up and making up with your bosom buddy and finding out that smoking and drinking are not all that they’re cracked up to be.

Yes, “Lady Bird” is occasionally too episodic and obvious—such as when our heroine decides to buy cigarettes, a lottery scratch-off ticket and a Playgirl magazine on her 18th birthday just because now she legally can. But then there are such displays of tenderness as a prom reunion and a missed goodbye that feel genuine. “Lady Bird” might not be perfect, but it touched many of the right emotional buttons for me. As for Gerwig, I can’t wait to see what she cooks up next time behind the camera. 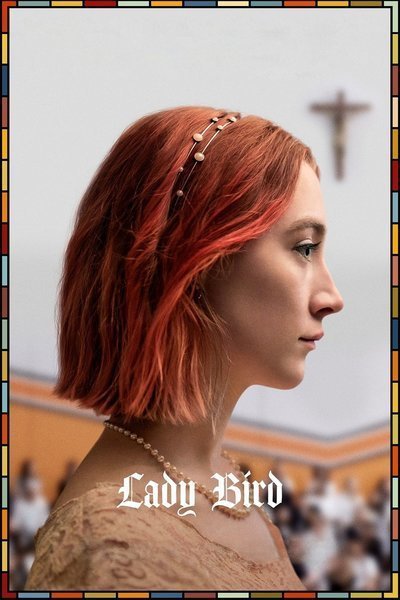