If you have caught the trailer for this movie and wondered to yourself, “Wow, how did Academy-Award™-winning Halle Berry end up in this seeming piece of schlock,” I’ve got some bad news for you. Halle Berry didn’t “end up” in it, she’s one of the producers. (Admittedly, there seem to be at least a dozen others.) And then there’s worse news: “Kidnap” isn’t schlock, it’s garbage.

Berry stars as Karla, the single mom of an adorable six-year-old boy named Frankie. Actually, she’s not yet single; her unseen husband is divorcing her, and requesting full custody of the kid. Income equality and all. (Karla works as a waitress at an undistinguished Louisiana diner; the husband and his new girlfriend are more upscale.) Karla receives this unpleasant news via attorney and iPhone, while she and Frankie are trying to spend some cute quality time at the park. During the phone call, somebody snatches Frankie away.

You haven’t heard the name “Frankie” screamed so many times since the bobbysoxer days, not that you were necessarily alive then. Johnny-on-the-spot Karla, after receiving no reply, dashes to the parking lot to see Frankie being loaded into a battered hatchback car by a heavyset woman. Karla’s maternal instinct is so fierce that it’s not until she’s giving chase in her cherry-red SUV that she notices she’s dropped her iPhone in the parking lot. In the screenplay written, if that’s what you want to call it, by Knate Lee, this is an important plot device for obvious reasons—Karla can’t call for help. So instead she, and we, get to waste some of our lives during a loud car chase scene that does nothing and goes nowhere, except to the next plot hole.

Imagine if someone were to try to remake the classic Steven Spielberg highway chase movie, “Duel,” except none of the people associated with the production knew how to make a movie. That’s kind of what this section of “Kidnap” is like. Medium closeup of Halle Berry screaming, medium closeup of a speedometer revving from 40 to 60 (whoa!), muddy lightning-flash shots of automobiles pushing each other around like bumper cars. Despite the fact that her little boy is in the hatchback, and all things considered probably is not in a bumper seat or wearing a safety belt, Karla has no compunction about trying to run the vehicle off the road. After she causes a three-car collision, complete with overturned exploding vehicles, Karla sighs with relief. THAT will get the police’s attention. But as she learns from her radio—wait for it—the cops swoop in on another cherry-red SUV. “No, no, no, no, that’s the wrong minivan!” Karla laments. (As much of this movie is a one-woman show for Berry behind the steering wheel, her character does a lot of talking to herself.)

None of the action is even slightly engaging. There’s a scene later in the movie in which Karla has to eject an unwanted passenger from her vehicle. The montage is a series of fast moving blurs in which two human figures wrestle while one continues to drive. You can’t actually see any of the actions that lead up to the climax of the scene, which is Berry succeeding in throwing her out of the car; director Luis Prieto, after serving up a lot of incoherence, cuts to an exterior shot of the car; its door opens; and, boom, the interloper tumbles out. There’s no actual linear progression from A to B, no depiction of cause and effect. It’s just a lot of “intense stuff happens.” It’s the reductio ad absurdum of chaos cinema.

Advertisement
The movie can’t even come up with a good bunch of obstacles for the character to overcome. At one point there’s a shot of Karla’s gas gauge; it’s getting pretty low. Sure enough, she later runs out of gas. What ingenious thing is she going to do to keep up her pursuit? Why, none; the screenwriter isn’t capable of coming up with one. Instead we get a fake deus ex machina and a contrived shock-scare. Every single suspense set piece in this misbegotten movie resolves in a way that’s pummeling and brutal, never clever or resourceful. This persists right up to the final plot “twist,” which only exists to give Berry a pretext to deliver the line “You took the wrong kid.” This elicited some wan applause from the promo screening audience, but you could tell their heart wasn’t really in it. They went to the wrong movie. 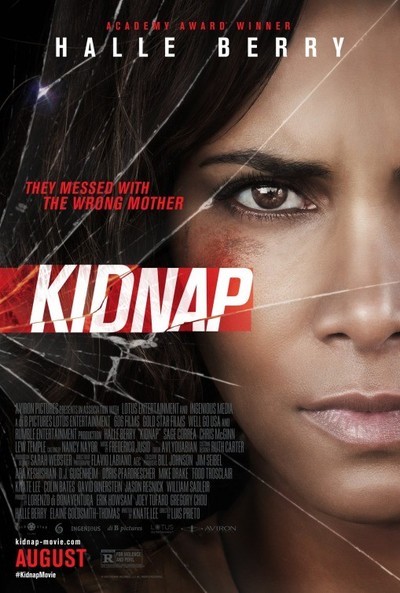 Christopher Berry as The Bearded Man

Kristin McKenzie as Mother in Park